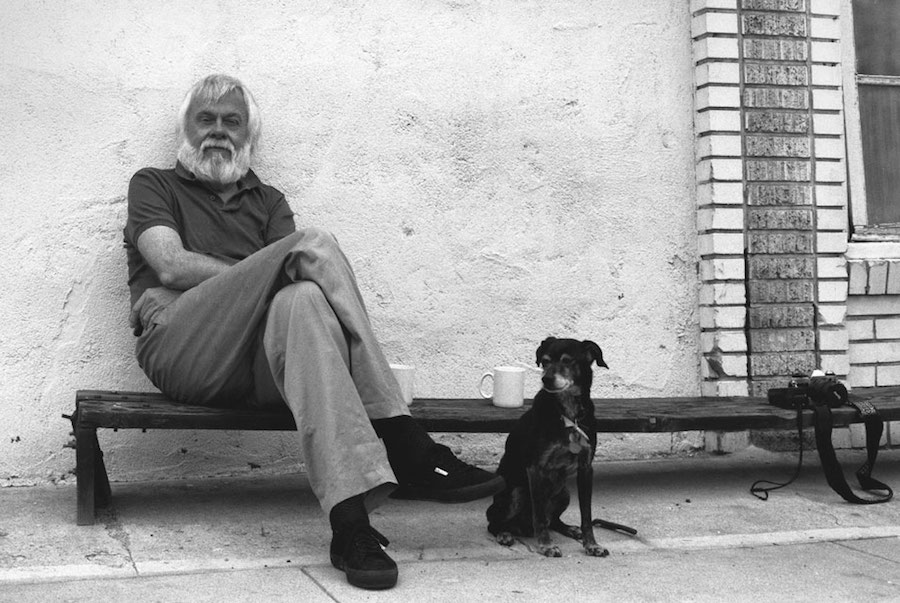 Sprüth Magers is to take on worldwide representation of the Californian artist John Baldessari extending the gallery’s decades-long relationship with the celebrated and beloved conceptual artist.

Beginning in the mid-1960s, Baldessari produced works that broke ground in their bridging of painting and photography, word and image, and high art and vernacular contexts—always with a heavy dose of wit and humor that made his works accessible to viewers of all kinds. In his paintings, drawings, photographs, editions, films, installations and public artworks, he pulled from sources as diverse as art history, Hollywood B-movies and Ludwig Wittgenstein, giving the trappings of everyday life equal footing with the complex theoretical questions that underpinned each of his projects.

As Philomene Magers remarks, “Monika and I had the unique pleasure of working with John since the late 1980s. His work has remained a cornerstone of Sprüth Magers’ presentations of cutting-edge international artists for over thirty years, cementing his crucial importance both to our work and to global audiences. As we established our Berlin, London and Los Angeles galleries, we regularly presented his ever-evolving and inventive projects.” Over the past several decades Baldessari has had numerous exhibitions at the gallery including group shows in 1988, 1991 and 1993 and solo exhibitions in 1995, 1997 and 1999. Over a dozen solo and group exhibitions across the gallery’s international locations have followed.

Born in 1931 in National City, California, Baldessari received both his bachelor’s and master’s degrees from San Diego State College. At first producing abstract canvases, in the mid-1960s, he made a series of radical departures in an effort to produce “a kind of non-aesthetic art” that privileged ideas over self-expression. His paintings from 1966 onward incorporated photographs printed onto the canvas’ surface; or they featured wry texts referencing contemporary art theory and practice; while others employed the hands of commissioned painters rather than the artist’s own. These conceptual gestures proved both groundbreaking and extraordinarily influential. In 1970, Baldessari became a founding School of Art faculty member at the new California Institute for the Arts. He established an experimental post-studio course with students such as David Salle, Mike Kelley, Meg Cranston and Liz Larner and inaugurated a decades-long career of teaching, including at the University of California, Los Angeles, where he continued to mentor new generations of artists. The 1970s also signaled Baldessari’s turn to a wider range of mediums, including photography, video and printmaking, through which he exploited the format of the sequence to explore meaning-making, knowledge and beauty within even the most mundane moments and repetitive actions.

In the 1980s and 1990s, Baldessari incorporated found imagery into his work, private snapshots and film stills from forgotten movies that he encountered at stores and swap meets around Southern California. The anonymity of this imagery brought the gestures, poses and archetypes within the stills to the fore—content that Baldessari mined both for its narrative and compositional potential. His multi-panel works from this period are iconic for their ability to direct the viewer’s gaze to what they might normally overlook, as well as for what became a signature element of his work: brightly colored dots placed strategically over figures’ faces.

Moving into the twenty-first century, Baldessari regularly featured body parts, isolated and highlighted from their original source imagery, in his paintings, sculptures and large-scale installations. Noses, ears and other appendages float amid fields of color and landscapes, calling forth a range of sensory and cultural connotations and bringing the viewer’s body into dialogue with those on display. Fragmentation had always played a role in Baldessari’s work, but here it became fodder for evermore clever and fruitful combinations of image and text, often with direct references to the history of art, whether in the artist’s evocative titles or in captions below.

Both Baldessari’s and Sprüth Magers’ entwined histories with Los Angeles came together in February 2016, when the gallery inaugurated its Los Angeles space on Wilshire Boulevard with a solo exhibition of his recent work. A show of his inventive emoji paintings followed in 2017, and on June 12, 2021, the Los Angeles gallery will premiere Baldessari’s final painting series, The Space Between, completed in the months before his death in January 2020 at the age of 88. The exhibition will be accompanied by a catalogue co-published by Walther and Franz König.

The Estate will continue to work with Baldessari’s long-term galleries Mai 36 in Zurich and Greta Meert in Brussels, and the John Baldessari Family Foundation, a nonprofit organization established by the artist before his death, will also further his legacy.

John Baldessari (1931–2020) had over two hundred solo exhibitions of his work in his lifetime, and over one thousand group exhibitions worldwide. Major traveling retrospectives include Pure Beauty, which opened at Tate, London in 2009 and traveled to Museum of Contemporary Art, Barcelona (MACBA), Los Angeles County Museum of Art, and Museum of Modern Art, New York. He was also featured in Documenta V (1972) and VII (1982), Carnegie International (1985–86), Whitney Biennial (1983 and 2009), and the 47th Venice Biennial (1997) and 53rd Venice Biennial (2009), where he was honored with the Golden Lion for lifetime achievement. In 2012 he was awarded the Kaiserring Goslar, and in 2015 he received the National Medal of Arts from the National Endowment for the Arts. Works by Baldessari are housed in the collections of public institutions worldwide, including The Metropolitan Museum of Art, New York; Museum Ludwig, Cologne; Museum of Modern Art, New York; Tate, London; Van Abbemuseum, Eindhoven; and Yokohama Museum of Art.