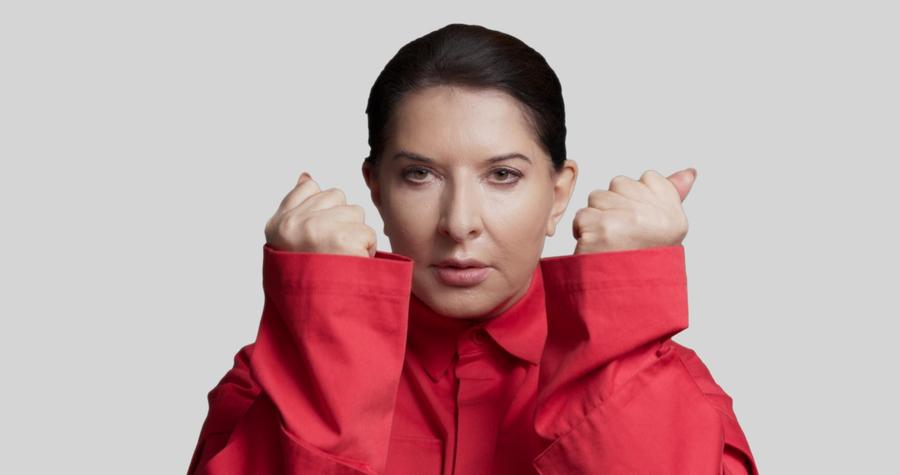 WePresent, the editorial platform of WeTransfer, has launched an exclusive collaboration with world-renowned performance artist Marina Abramović, beginning with its inaugural Guest Curator Series. Launched this week, Abramović’s guest curatorship marks the first of a number of moments in a year-long collaboration, through which Abramović compels all to consider the importance of performance art, and its application to our everyday lives.

To launch WePresent’s Guest Curator Series, Marina Abramović will spotlight five rising performance artists from around the world: Ana Prvački, Maurício Ianês, Yiannis Pappas, Terence Koh and Regina José Galindo, who are proving that performance art is a constantly shifting and evolving artform, always moving in unique and thought-provoking directions. This series begins a new chapter for WePresent, as they hand over their reins to today’s leading visionaries to champion the artists of tomorrow and share with the world their favorite emerging talents. To date, WePresent has worked with over 1000 artists from more than 100 countries.

This summer, following Abramović’s guest curatorship, WePresent will unveil a unique digital manifestation of ‘The Abramović Method’ on WeTransfer, available to everyone – all day, every day – reaching 70 million people worldwide. In September, the artist will share her ‘Time Capsule’, an everlasting body of references, ideas and objects, which will continue to inspire us and future generations, giving us a glimpse into her artistic universe.

Through WePresent’s digital realm, Abramović shares her legacy in an intimate and interactive form, while passing on her rich learnings for future generations to preserve.

Marina Abramović said: “I’m delighted to be working with WeTransfer this year, beginning with suggesting 5 artists that I believe are taking performance art in unique directions, who will be featured on the WePresent platform for millions of people around the world to enjoy and understand their work – giving artists the chance to show and perform their art is crucial, especially now. And later in the year, WeTransfer will feature ‘The Abramović Method’, an exploration of being present in both time and space, in a year when reconnecting with ourselves has never been more important. I hope everyone participates and thank WeTransfer for giving me the opportunity to share my ‘Method’ with you all.”

Holly Fraser, Editor in Chief of WePresent, adds: “Since the pandemic took hold this time last year, the digital realm has been invaluable in preserving the arts for tomorrow. Our new Guest Curator Series continues WePresent’s digital patronage, as we ask established artists in their field to spotlight emerging talent. As a platform that has featured over 1000 creatives from 100 countries, we believe this is vital in a world where the arts need support following an unprecedented, challenging period, especially emerging artists around the world. Part of our collaboration with our inaugural Guest Curator, Marina Abramović, will involve bringing the ‘Abramović Method’ to people at home through an immersive online format. We hope that many will feel inspired by Abramović’s legacy and appreciate the power of technology and digital design in creating new art experiences.”

Since the beginning of her career in Belgrade during the early 1970s, Abramović has pioneered performance art, creating some of the form’s most important early works. Exploring her physical and mental limits, she has withstood pain, exhaustion, and danger in her quest for emotional and spiritual transformation.