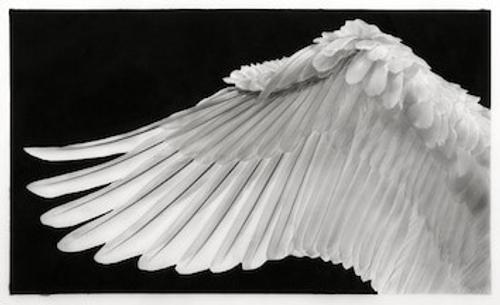 Palm Springs Art Museum has announce nearly 60 emerging and established artists from across the country and local to the Palm Springs area are participating in Art Auction ’21, an online fundraiser hosted by Sotheby’s that runs from April 9-16, 2021.

The artwork is being selected by Louis Grachos, the museum’s JoAnn McGrath Executive Director and CEO, and Rochelle Steiner, the organization’s Chief Curator & Director of Public Programs and Education, with values ranging from $5,000 to $100,000.

The museum’s ongoing member video series Insiders View will profile several artists involved in the auction. On March 11, Insiders View features a studio visit with Joshua Tree artist, Blake Baxter, discussing his unusual method of painting over layers of sand in a series of works entitled Iteration. On March 18, sculptor and painter Aili Schmeltz will be profiled in her Los Angeles studio talking about her works that incorporate sewing into painting. Then on April 1, artist Sara Genn will welcome viewers into her Palm Springs home, which serves as both residence and studio, and delve into her New Alphabet series of hard-edge paintings.

Additionally, the museum will host an Art Auction ‘21 virtual preview on April 8 at 5:00 p.m. (PST), the evening before the online auction opens for bidding. The preview will include an introduction from Grachos and Steiner, highlights of some of the available artwork, and short takes from a selection of participating artists. All virtual programs can be accessed at artauction21.com.