Doug Aitken: ‘ Flags and Debris’
Coming to Terms with Pandemic-Induced Isolation and Distancing 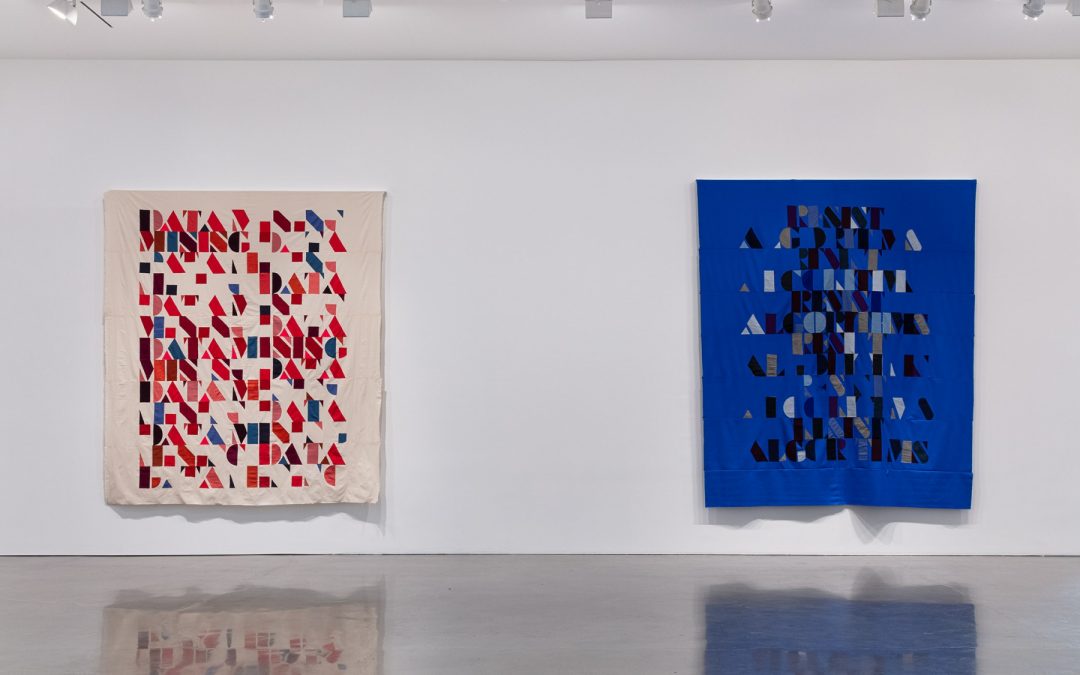 Banners are defined as a long strip of cloth bearing a slogan or design, hung in a public place or carried in a demonstration or procession, whereas debris is defined as scattered pieces of waste or remains. Doug Aitken‘s poetic and poignant exhibition, Flags and Debris invites viewers to contemplate the relationship between flags or banners and debris in relation to this specific moment in time. Hanging from the walls of the front gallery and containing phrases such as Digital Detox, We The People, Resist Algorithms and Data Mining are eight large-scale fabric ‘banners’ made from hand-cut and sewn letters in a range of colored fabric. 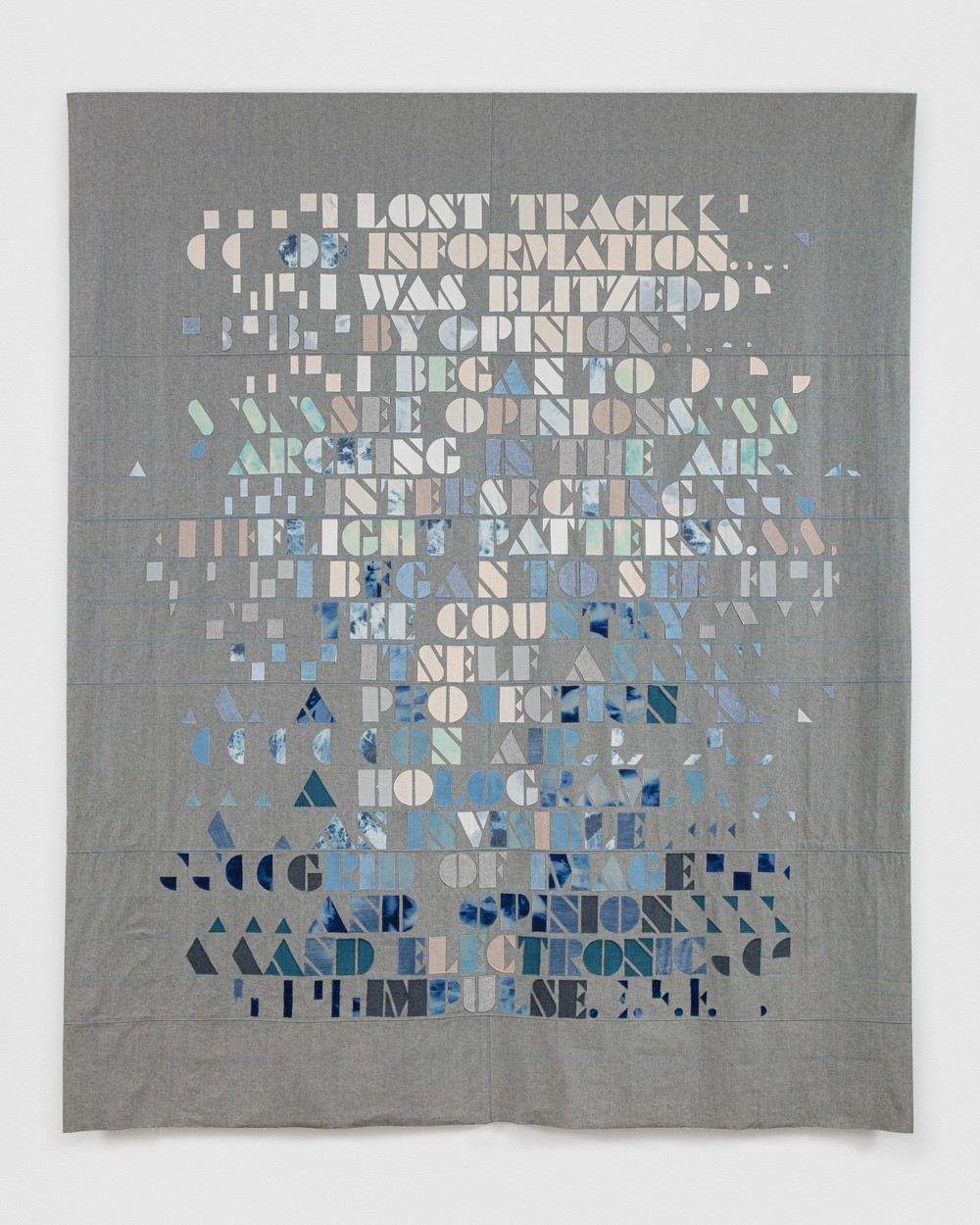 In I lost Track (2020) fragmented letters replicate a short passage from Joan Didion‘s The White Album (1979). The text is set against a gray background and each stenciled word is a combination of different subtle earth tones. The work concretizes Didion’s idea of “a projection on air.” Positioned both vertically and horizontally, right reading and upside down, Aitken has collaged the word ‘noise’ into the center of Target (2020) a striated, multicolored, camouflage-patterned banner. The juxtaposition of the word ‘noise’, the camouflage and the concentric circles of white and blue that form a target suggests the pandemonium and sounds of war. 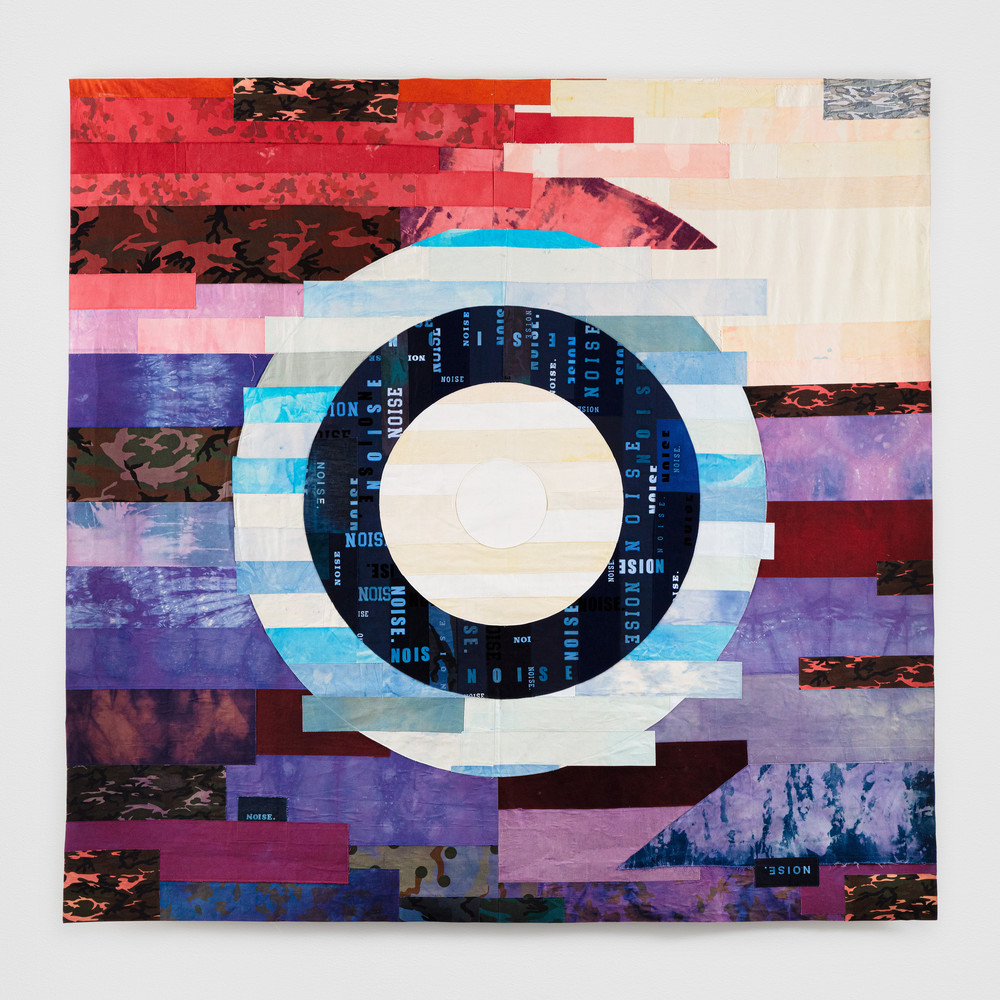 The banners have a solid and imposing presence on the wall, so it is somewhat disconcerting to see them appearing weightless, floating through the streets of Los Angeles in Aitken’s three-channel video projection Flags and Debris (2021) made in collaboration with LA Dance Project. In the video, some of the same banners that are seen hanging on the gallery walls are brought to life and taken on an evocative journey. Aitken has filmed the environs of this city in the past (Electric Earth, 1999) and has a precise and insightful way of interspersing close-ups and distant shots to suggest a haunting narrative about the empty metropolis. 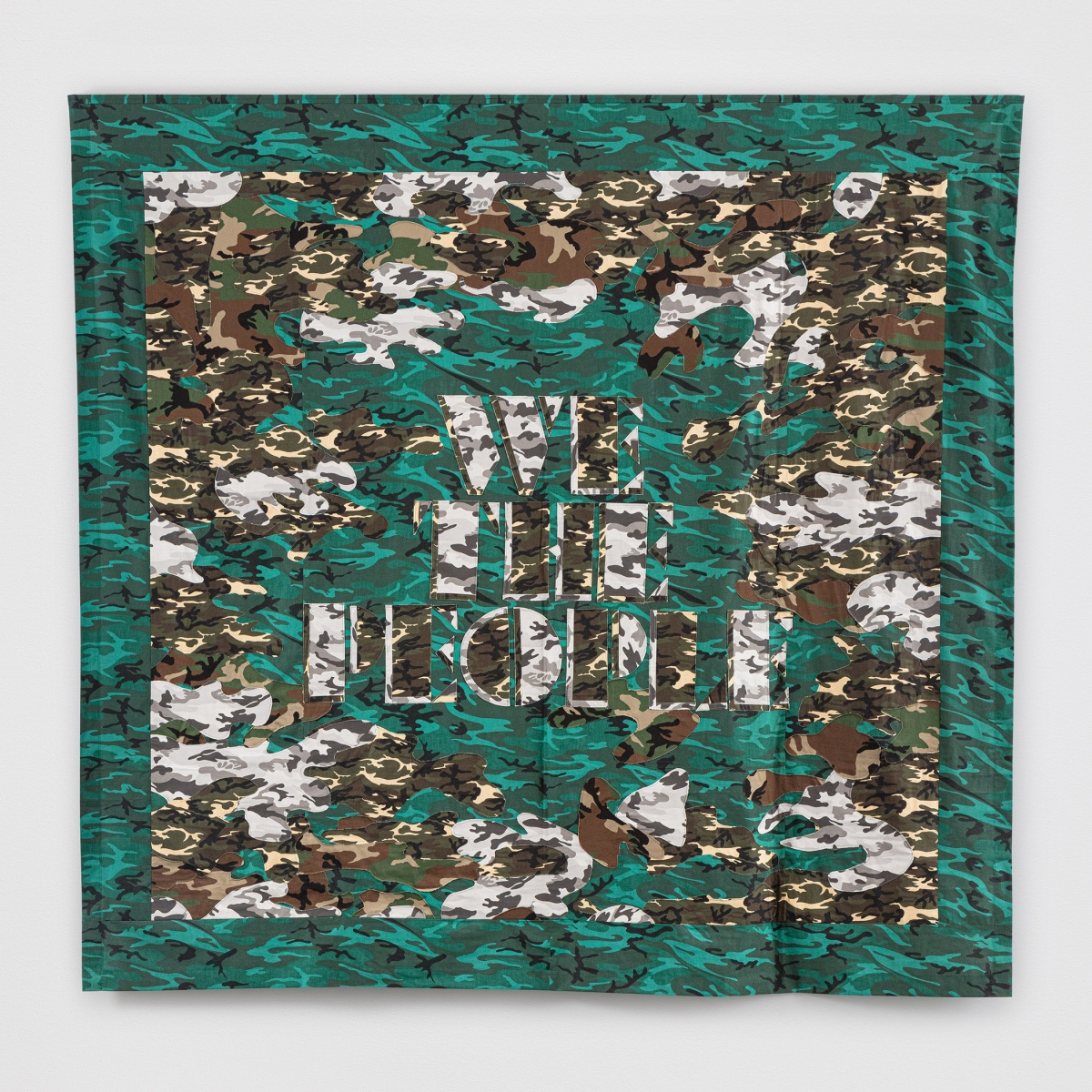 Though Aitken has worked with actors, the inclusion of dance at first comes as a surprise, but a few minutes into the footage it becomes clear that this is an unusual and engaging collaboration. The dancers’ bodies are engulfed by the large banners with only an occasional sighting of a hand or foot. Their movements suggest flapping birds, erupting fountains and paper blowing in the wind, as well as moving body bags. While the shape and size of the flags approximate the blue plastic tarps often used by the homeless for shelter or to cover their possessions, they are never static. Even when shown suspended from a bridge or submerged in the L.A. River, they are in constant motion. As the invisible dancers gesticulate wildly, criss-crossing parking lots, industrial zones and desolate residential areas, the banners take on alien forms to become the presence and absence of life simultaneously. 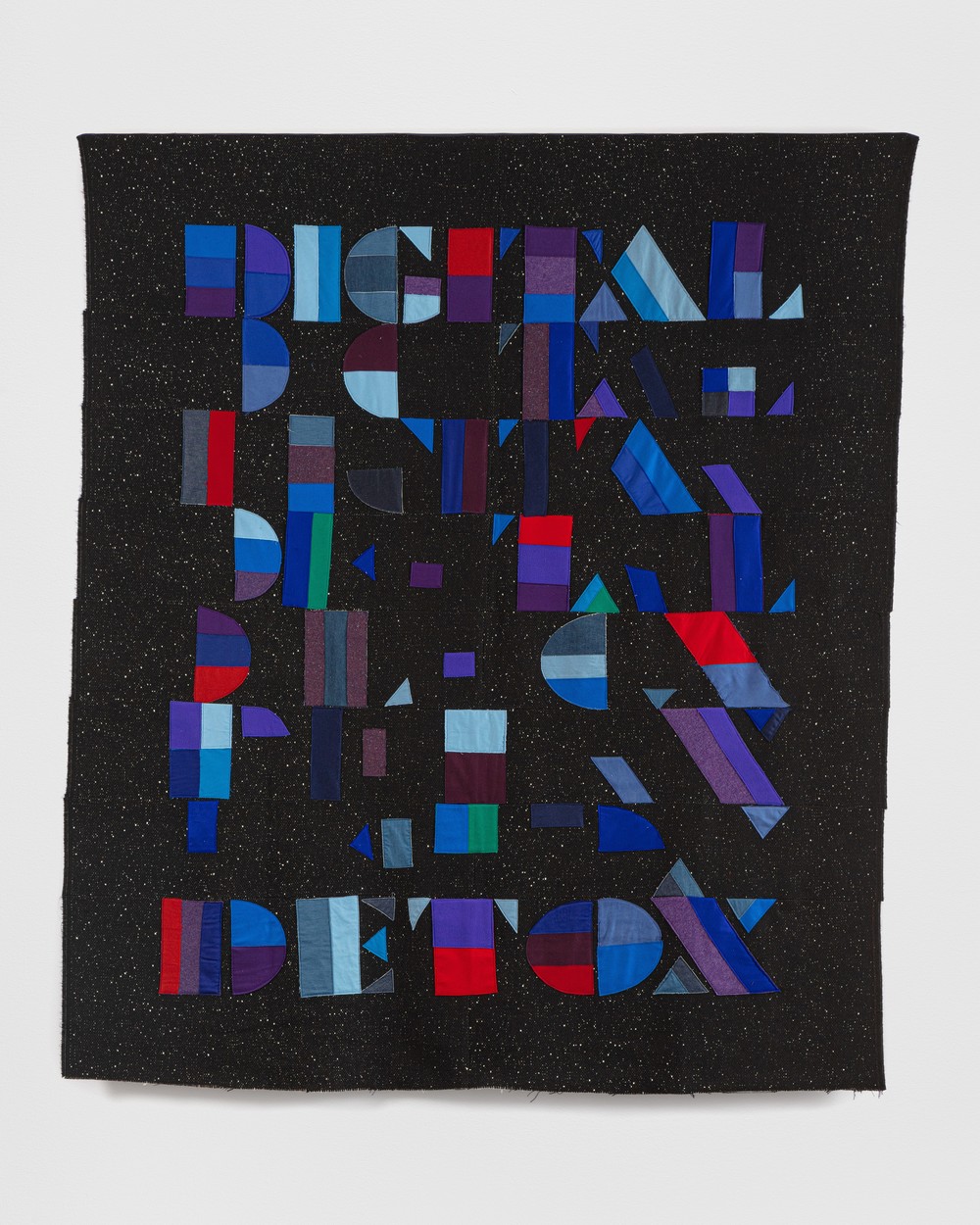 Aitken’s video installation brings the flags to life and invites viewers to immerse themselves in a fantastical journey through the seemingly uninhabited city. Though for the most part devoid of people, it is full of words and gestures, shadows and pulsating lights that evoke both the presence and absence endemic to today’s pandemic stricken urban environment.