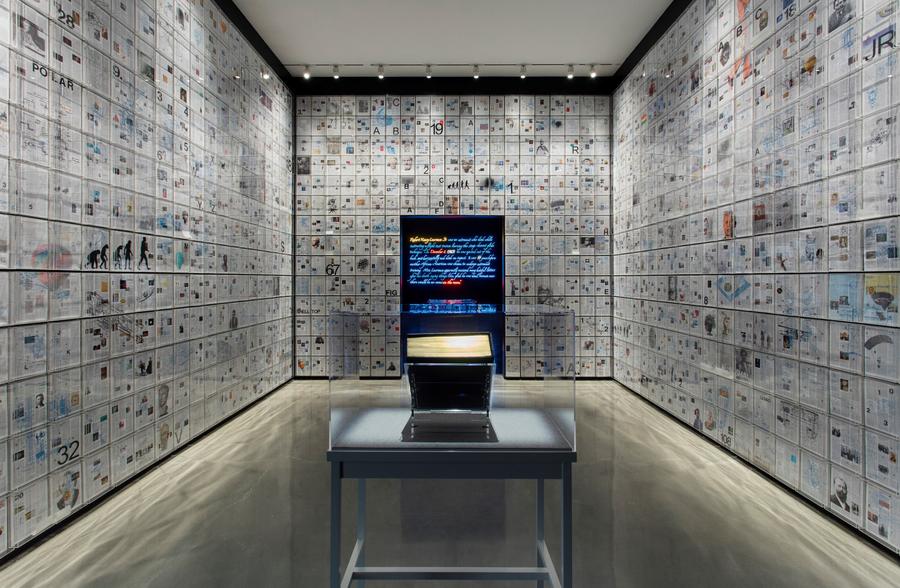 The Getty Foundation has announced $5.38 million in exhibition research grants to 45 cultural, educational, and scientific institutions throughout Southern California to prepare for the next edition of the region-wide arts initiative Pacific Standard Time, scheduled to open in 2024.

The landmark series will return with dozens of simultaneous exhibitions and programs focused on the intertwined histories of art and science, past and present, that together address some of the most complex challenges of the 21st century—from climate change and environmental racism to the current pandemic and artificial intelligence—and the creative solutions these problems demand.

“Over the centuries art and science have come together and come into conflict, learned from one another and built upon shared insights,” says Joan Weinstein, director of the Getty Foundation. “We have faith that the remarkably diverse and inventive approaches taken by all the partner institutions will produce revelatory results and productive civic dialogue.”

Ann Philbin, director of the Hammer Museum, a collaborating partner in the initiative, notes that art and science have too often been put on opposite ends of the equation.

“We’re eager to break that pattern with this new edition of Pacific Standard Time as we collectively explore nothing less than two fundamental modes of understanding the world, and the powerful and surprising ways they connect,” says Philbin.

Thematically linked exhibitions in the 2024 Pacific Standard Time (PST) will range from historical surveys of how artists have pictured scientific worldviews—and how scientists have used images as tools of persuasion—to interventions by contemporary artists, scientists, and designers in the fight against ecological damage and environmental pollution. Projects will reflect on revolutionary biomedical technologies that until recently seemed speculative, as well as the uses and abuses of technology and the future of artificial intelligence. Exhibitions will also reveal how sci-fi futurism is being reimagined by architects, filmmakers, and Indigenous activists.

“Art and science share a common commitment to curiosity and a quest for the unseen,” observes multidisciplinary artist Tavares Strachan, who will be included in several exhibitions. “Whether that is a scientist using a microscope to look at what is invisible to the human eye or an artist like me studying scientific pioneers who have disappeared from or were never included in the history books, both of us are driven to explore. It’s what we do and how we survive.”

The ongoing influence of Southern California’s scientific culture will be a recurring theme, whether in exhibitions that trace the social and artistic repercussions of the aerospace industry and space exploration or that examine technical innovations in Hollywood movie-making.

John Mulchaey, director of the Carnegie Observatories, which is partnering with the Los Angeles County Museum of Art (LACMA) on its PST exhibition, extols the history of science innovation across the region, saying “The achievements of researchers in Southern California over the past century, from measuring the size and expansion of the universe to sending the first message over the internet, have been staggering.” Juna Kollmeier, a prominent staff astronomer at the Carnegie and a participant in the PST initiative as well, adds, “PST gives us the chance to increase public awareness about these breakthroughs in the face of rising skepticism of scientific truth by considering their broader artistic and cultural dimensions.”

As with the previous PST initiatives, the participating organizations constitute a community of institutions throughout Southern California, diverse in profile but joined by a common purpose. Participants funded in the research and planning stage include civic institutions such as LACMA and the Natural History Museums of Los Angeles County, academic institutions including California Institute of Technology and Southern California Institute of Architecture, university-affiliated museums and galleries such as the Hammer and the California Museum of Photography at UC Riverside, organizations working at the convergence of contemporary art and science including Fathomers and Fulcrum Arts, and museums focused on particular fields of the arts, such as the Academy Museum of Motion Pictures and the Lucas Museum of Narrative Art. The participating institutions cluster in and around Los Angeles but are spread as far south as San Diego and as far north as Santa Barbara.

“PST comes at a moment when so many museums and visual arts organizations are struggling to stay afloat after being closed for nearly a year,” says César García-Alvarez, director and chief curator at The Mistake Room. “Getty’s research support allows institutions like ours to take on major projects that not only encourage us to think big but also gift us opportunities to build meaningful community partnerships for the future.”

Like the first two PST collaborations, the participating cultural and scientific institutions, large and small, will present their research in exhibitions, publications, performances, and public conversations and programs that bring artists and scientists in dialogue with each other and with community leaders and the public. A second round of grants from the Getty Foundation, to be announced at a later date, will support the implementation of the exhibitions. Several additional projects are in development, including exhibition and programming partnerships, and will also be announced in coming months.

Thematic Overview of the Next Pacific Standard Time

Exhibitions on environmental justice and sustainability include:

Projects focused on climate change include:

Exhibitions that center Indigenous knowledge include:

Exhibitions that feature global histories of science and art include:

Projects investigating technology and futurism include:

Other major themes include medicine and the body, the science and technology of architecture and design, scientific imaging techniques, and digital surveillance and artificial intelligence.