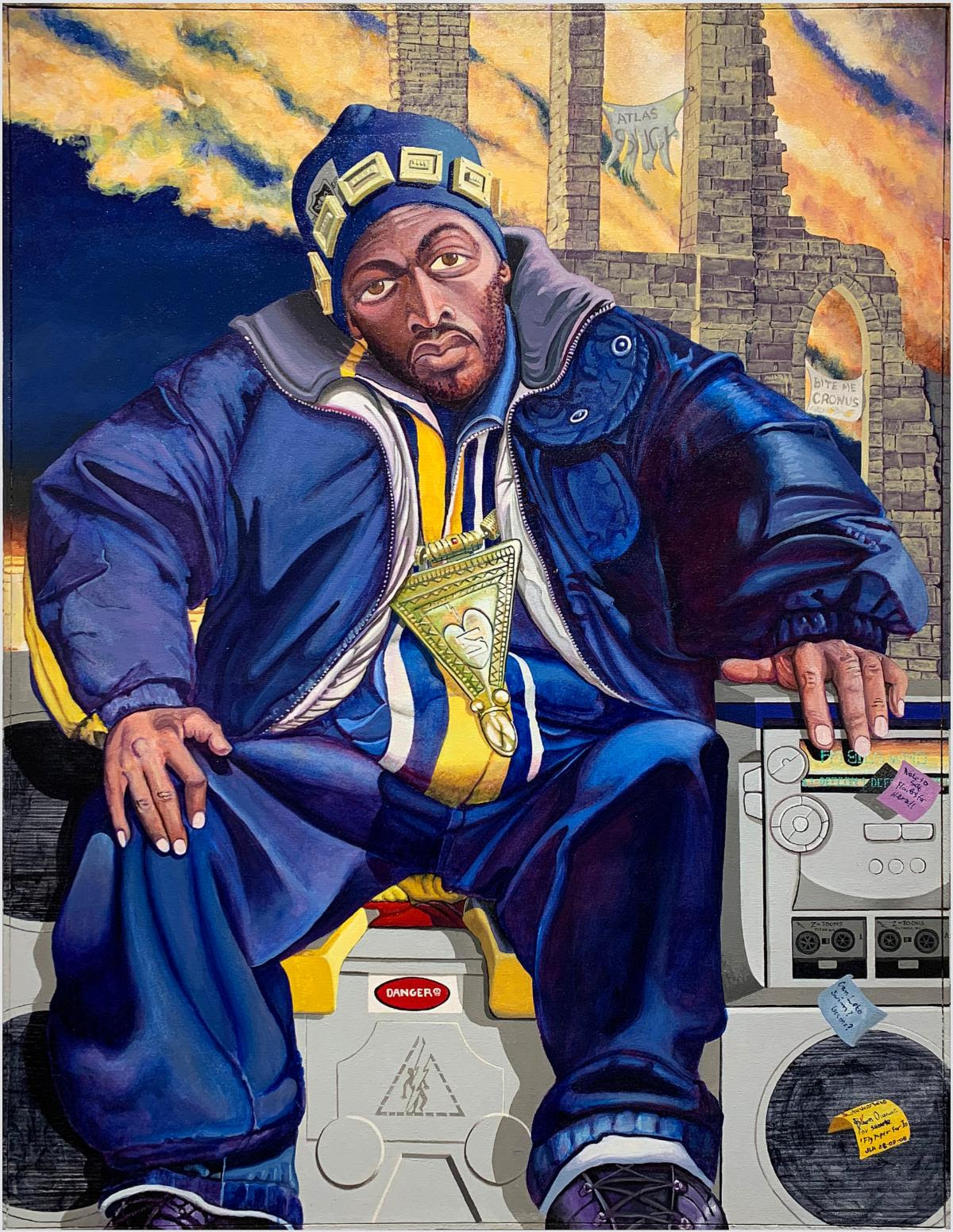 Luis De Jesus Los Angeles current exhibit  JIM ADAMS: Eternal Witness, on view through February 27, 2021, presents new paintings and sketches completed over the last four years along with a selection of works from the 1990s and 2000s. Philadelphia born Adams has lived in Canada since the 1970’s and at age 78, this marks his first solo exhibition in the United States in over 45 years.

The paintings in Eternal Witness draw primarily from Mythic Sketches, a body of work that Adams has pursued consistently over the past three decades. They manifest as portraits of deities garbed in contemporary clothing, paintings of pyramids, and sketches of the Nubian Express train—and are often accompanied by a vibrant full moon. Drawn from Egyptian and Classical mythologies, Adams use of iconography acknowledges the long history of artistic representation associated with his mythic subjects. “For centuries, artists have used myths—both classic and obscure—to depict issues and conflicts that are as significant today as they were in earlier times,” says Adams. “Jealousy, ambition, hubris, greed and the glorification of warfare are essentially the same as they were in the age of the classic Greeks or the Kingdom of Great Zimbabwe. The only things that have changed are the clothes and the technology we use.”

It is tempting to read Adams’ art as an expression of Afro-Futurism, given both his own race and his frequent references to Nubia, space, flight, and ancient Egyptian mythology. The recurring portrayal of young Black men and women in the role of classical heroes and deities supports this argument; but it is important to see these aspects within the broader context of his practice in a career spanning five decades. For as many paintings as there are of specific people, places, and times, there are an equal number of ahistorical, dreamlike worlds. Just as much as Adams draws upon current events and geopolitics, so too does he capture the seemingly apolitical: dramatic skyscapes, planetary eclipses, and astral constellations.

In his essay for the exhibition, the Canadian curator Rhys Edwards writes: “It is the paradox of the pyramid which underlies the art of Jim Adams. An ‘eternal symbol,’ it is always more than what it seems. Its cache extends beyond its own history. Likewise, Adams’ myths always extend beyond their own precepts; they are never fixed, never singular, never the monoliths they may appear to be.”