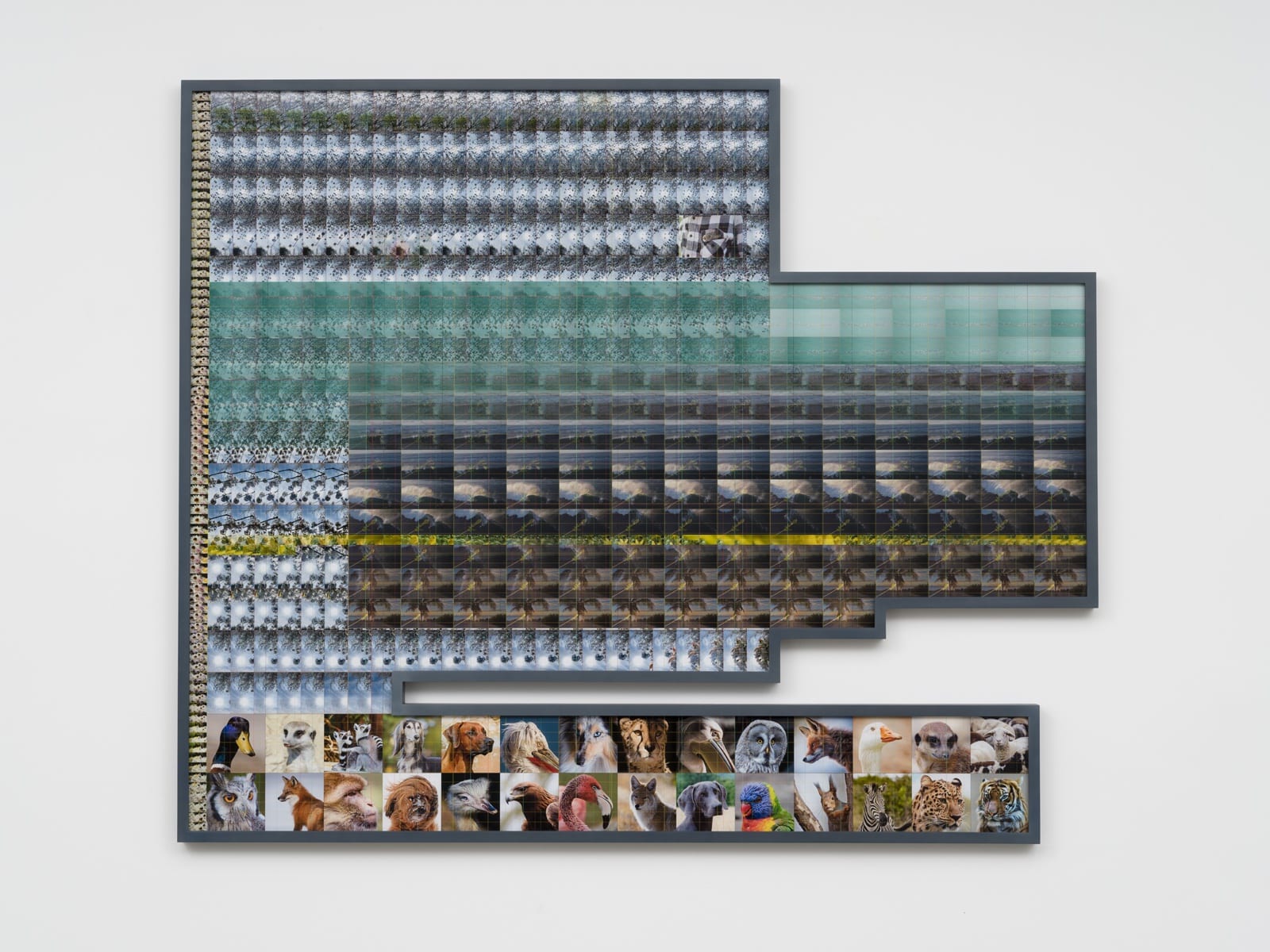 Comprised of photography, video and drawings, the exhibition revolves around a fictional character named Jord. In Danish, the word jord translates to ‘earth’ or ‘dirt’, and as a name, it means ‘divine being’ or ‘peace’. In Liu’s work, this character is not human, not from the past or the future, and has no race or gender. They are the amorphous, symbolic protagonist who binds the work across ideological and formal narratives.

In her photography practice, Liu uses personal iPhone videos and Google image searches as primary sources for her work. By searching words and phrases online, Liu identifies images with multiple meanings that can be attributed to the same word, offering a diversity of perspectives and interpretations. At her studio in Copenhagen, Liu searched the word “Jord” on Google images, resulting in images of dirt. Interestingly, many of the thumbnails featured two hands holding soil – giving the dirt a border, a containment and a sense of belonging. As a country, a culture, or any community with boundaries, the character Jord represents our connected and shared nature. For Liu Shiyuan, a Chinese national living in Denmark, this common ground of all humans is an important aspect of our livelihood.

Liu’s new film, For the Photos I Didn’t Take, For the Stories I Didn’t Read, is inspired by Danish author Hans Christian Andersen’s book The Little Match Seller. The story portrays a penniless young girl on New Year’s Eve trying to sell matches to make money for her family. From the cold and snowy street, she peers into other homes, imagining a better life. As she fantasizes, she peacefully passed away in the dawn of the new year, an abrupt and tragic end to the tale. In 1920, The Little Match Seller was translated to Chinese and included in educational books throughout the country. The story was used by the Chinese government during the Cultural Revolution as a way of explaining how the communist party was saving China from the problems of Western capitalism.

Liu reintroduces the audience to The Little Match Seller with a stream of images the artist found online by individually searching every word in the entire text. By recontextualizing the narrative, the viewer simultaneously reads both stories: the written version from 1845 and a parallel story created by today’s imagery. Every time the word “SHE” or “HER” appears in the text, Liu uses portraits of young girls from around the world – girls from poor families and wealthy families, from refugee camps and of different ethnicities. The result is surprisingly complex and unified. From one perspective it is clear to see the shadow of post-war society; from another, there is no change at all.

Set softly behind the rolling text and images, otherworldly environments create an atmosphere of the unknown, as if the viewer is looking onto earth from another universe. The idea of being a foreigner, an outsider or an alien is a frequent theme in Liu’s practice. Having lived in many different countries: growing up in China, studying in the United States and now living in Denmark — the same country as Hans Christian Andersen — Liu has a unique perspective on the cultural and political differences in these countries. For the Photos I Didn’t Take, For the Stories I Didn’t Read contemplates and questions larger issues of communism, socialism, capitalism and the affects on the individual — especially during the holiday season when indulgence and extravagance are celebrated, disparity and inequality become more pronounced. By bringing up these questions, Liu leaves the viewer to observe our differences, consider alternative perspectives and most importantly, understand our shared connection as humans.

In Liu’s Almost Like Rebar and For Jord photographic series, each intricate composition results from a carefully considered and emotionally driven logic. Embedded in each photograph are a variety of images, from animals and natural landscapes to references of the artificial. Each image builds on this idea of semiotic complexity, how each symbol garners new connotations in unusual contexts. She also incorporates video into her photographs by laying out the video stills frame by frame on the picture surface. Emphasizing the story told by individual images, which is often different than the original film, the viewer is able to scrutinize every transitory moment otherwise unnoticed in a continuous motion picture.

The new gridded drawing series Cross Away follows a meticulous structure meant to embody an assembly-line work method as well as an investigation into color theory. Giving equal weight to each color, the series blends from one hue to the next. As individual works, they each represent one part of the larger whole, similar to an individual’s role in their community or culture. Together these drawings create a sequence of color transition, bringing the micro and macro perspectives into kaleidoscopic focus. For Liu, the scale of both the photographs and drawings are a reference to the scale of life – for being infinitely big, we must remember to scale down.

Born in 1985 in Beijing, Liu Shiyuan now lives and works between Beijing and Copenhagen. She received her MFA in Photography from the School of Visual Arts, New York in 2012, and BFA from Central Academy of Fine Arts, Beijing in 2009.