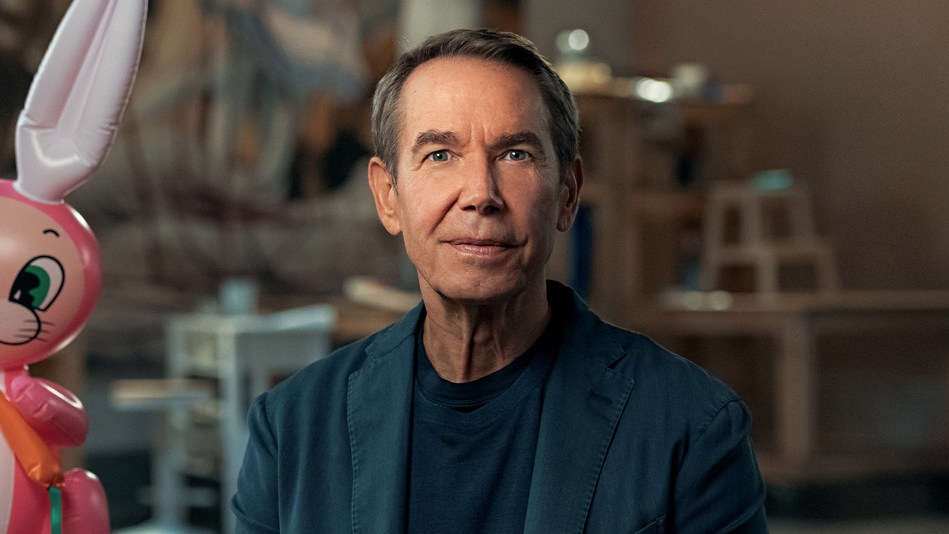 MasterClass, the streaming platform where anyone can learn from the world’s best across a wide range of subjects, today announced Jeff Koons will teach a class on art and creativity. Through deep dives into his own work—from the inspiration behind the iconic Balloon Dog to an exclusive look at the production of one of his latest sculptures, Pink Ballerina—Koons will share an intimate reflection on his celebrated career, the development of his artistic philosophy and approach to creating boundary-pushing works of art.

“As the most commercially successful contemporary artist of our time, Jeff ‘s work reflects our innate desires for connection and understanding,” said David Rogier, founder and CEO of MasterClass. “In his MasterClass, he asks members to shed any doubt, and trust in their instincts. Anyone interested in the creative process or who has a desire to create something can learn from Jeff’s approach to art.”

Koons’ class will offers an exclusive look into his world-renowned production of artworks through traditional, conceptual and technological art-making. Members will learn how to turn everyday experiences into art, work with source material, explore the power of scale, understand the emotional resonance of color and communicate through texture and technology. Breaking down the construction of his iconic Balloon Dog in a special case study, Koons will illustrate how form can contain meaning, and how a simple balloon can transform into a monumental and unforgettable work of art. Artists and non-artists alike will be inspired as Koons reflects on his work and personal experiences that have influenced the iconography of some of his most memorable creations.

Longtime admirers of Koons’ art will be especially excited to step into his stoneworking facility for a sneak peek at Pink Ballerina, a never-before-seen sculpture that has been in the works for nearly a decade. Through this exclusive look, Koons will share the inspiration behind the new sculpture and the innovative technology making it possible. Members will leave this class inspired to harness their artistic voice, make creative decisions with intentionality and use their art to find deeper meaning in experience and touch the world.

“Art can be a vehicle that lets us transcend the self and through generosity lets us share this transcendence with the external world,” Koons said. “In my MasterClass, I’m going to ask you to be courageous, confident and not think of art as the finished product but as a process of becoming something vaster.”

Over the past 35 years, Koons has become one of the most popular, influential and important artists of the postwar generation. Since his first solo exhibition in 1980, Koons has become one of the most exhibited artists throughout the world in major galleries and institutions. Koons’ art was the subject of a major exhibition organized by the Whitney Museum of American Art titled Jeff Koons: A Retrospective (2014), which also traveled to the Centre Pompidou Paris (2014–2015). In 2019, Koons unveiled one of his largest sculptures to date, Bouquet of Tulips, featuring a colossal hand holding balloon tulips, which is permanently installed in the gardens of the Champs-Élysées in Paris, next to the Petit Palais.

Koons is best known for his iconic sculptures, including Balloon Dog  (1994-2000) and Rabbit (1986). His monumental floral sculpture, Puppy (1992), was shown at Rockefeller Center, and is installed in front of Guggenheim Bilbao in Spain. Koons has received numerous awards and honors in recognition of his cultural achievements. Notably, he received the Governor’s Award for the Arts Distinguished Arts Award from Pennsylvania Council on the Arts; he was promoted by President Jacques Chirac from Chevalier to Officier of the French Legion of Honor for his ongoing strengthening of relations between France and the United States; and he received the State Department’s Medal of the Arts for his outstanding commitment to the Art in Embassies Program and international cultural exchange, an honor presented by then-Secretary of State Hillary Rodham Clinton.