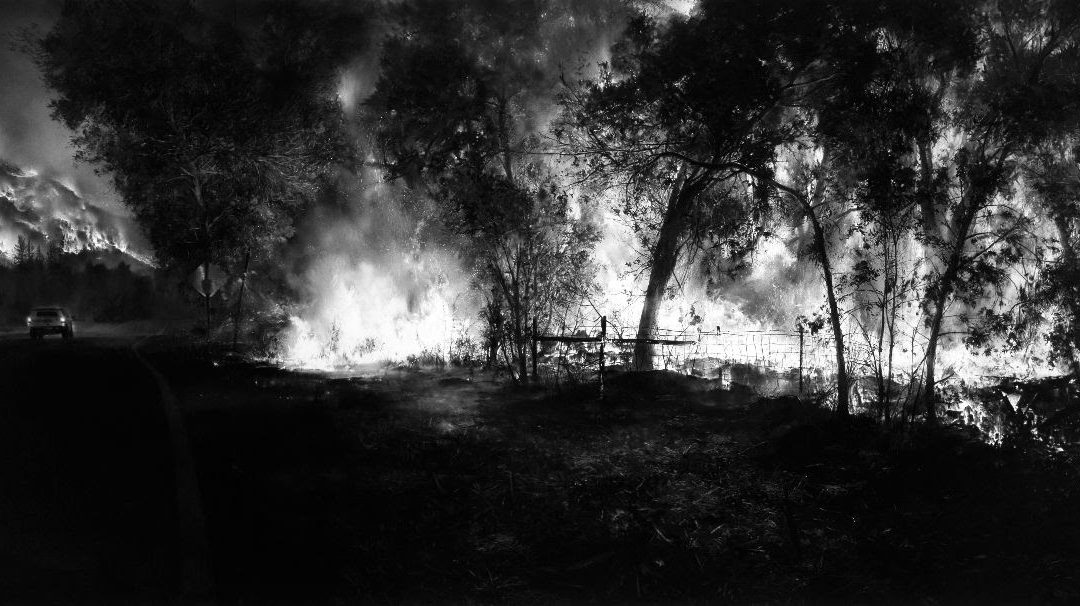 Two things immediately come to mind when thinking about Robert Longo‘s artwork: drawing and appropriation. Longo is an impeccable draftsman whose mural-sized works simultaneously have the hard-edged veracity of photographs and the delicate softness of charcoal drawings. Longo was part of the Pictures Generation of artists from the 1970s and 1980s who became known for their use of appropriated imagery. Integral to his process is scanning the news media for relevant source material which he transforms into something that can be enlarged and monumentalized. In Storm of Hope, he presents drawings of found photographs including a black panther, melting icebergs, refugees at sea, the California wildfires, protests, an ICU during the pandemic, as well as huge multi-panel pieces depicting strangely altered views of The Supreme Court, The White House and The Capitol. 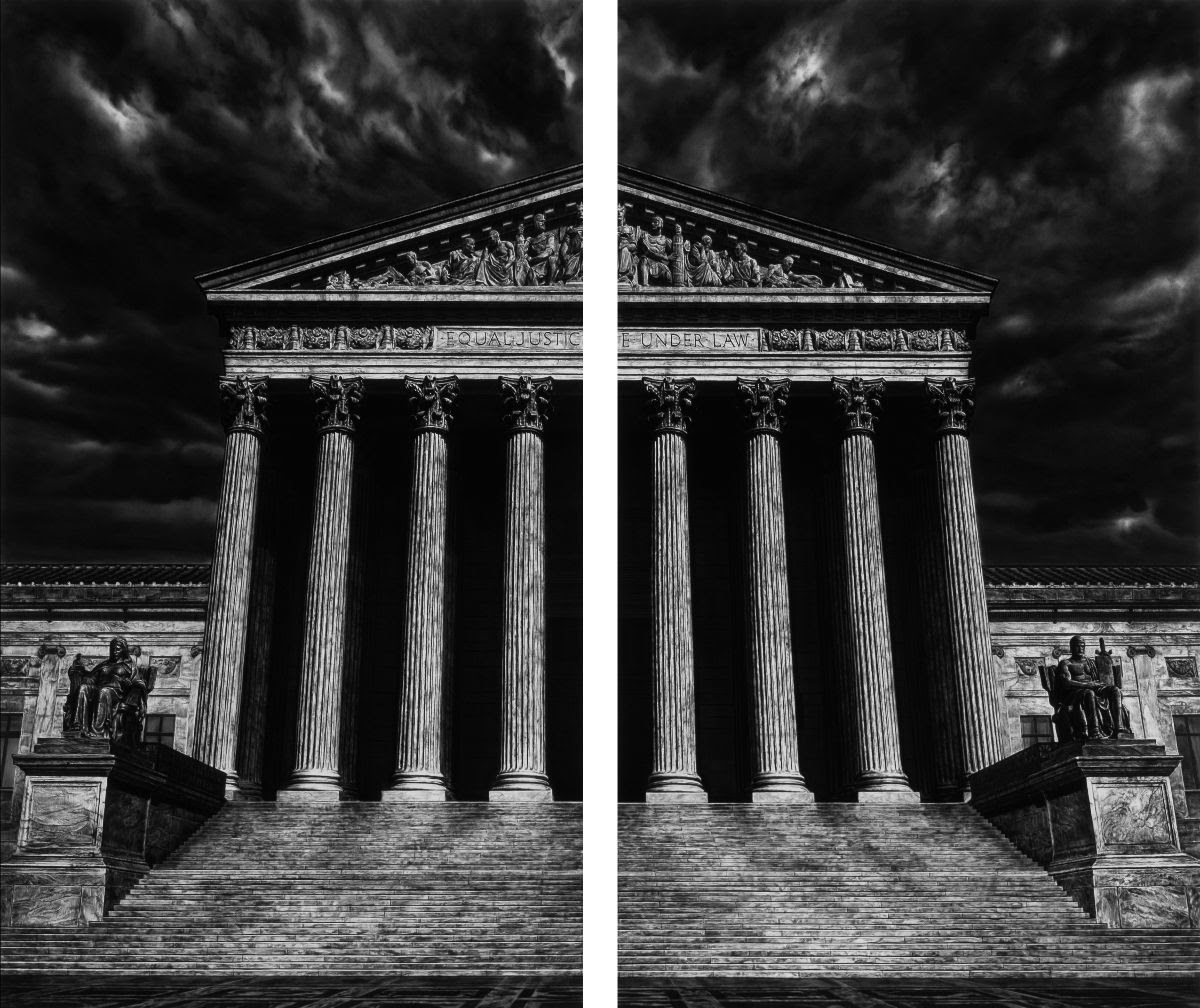 The Supreme Court of the United States (Split)

Each image is “loaded” in a particular way, as Longo is not bashful about stating his politics with his work. Without seeing the original images, one can only surmise Longo’s alterations. However, The Capitol is set against a stormy and threatening sky, The Supreme Court is split down the middle between framed panels and The White House is seen from the vantage point of a rodent or soldier looking up from a dirt-filled trench surrounded by barren trees at the glowing building against billowing clouds. Longo clearly depicts these places of power as isolated and menacing presences. Untitled (Black Panther), 2020 offers a change in tone and numerous associations. While Longo draws a close up of the animal’s face, it is difficult not to also think about the recent film Black Panther as well as the Black Panther Party. In Longo’s panther drawing, the intense eyes of the creature stare calmly at the viewer, its nose pressed against the frame, its white whiskers cropped at the edges of the tall composition. Though many times larger than life, the panther does not come across as threatening or intimidating. 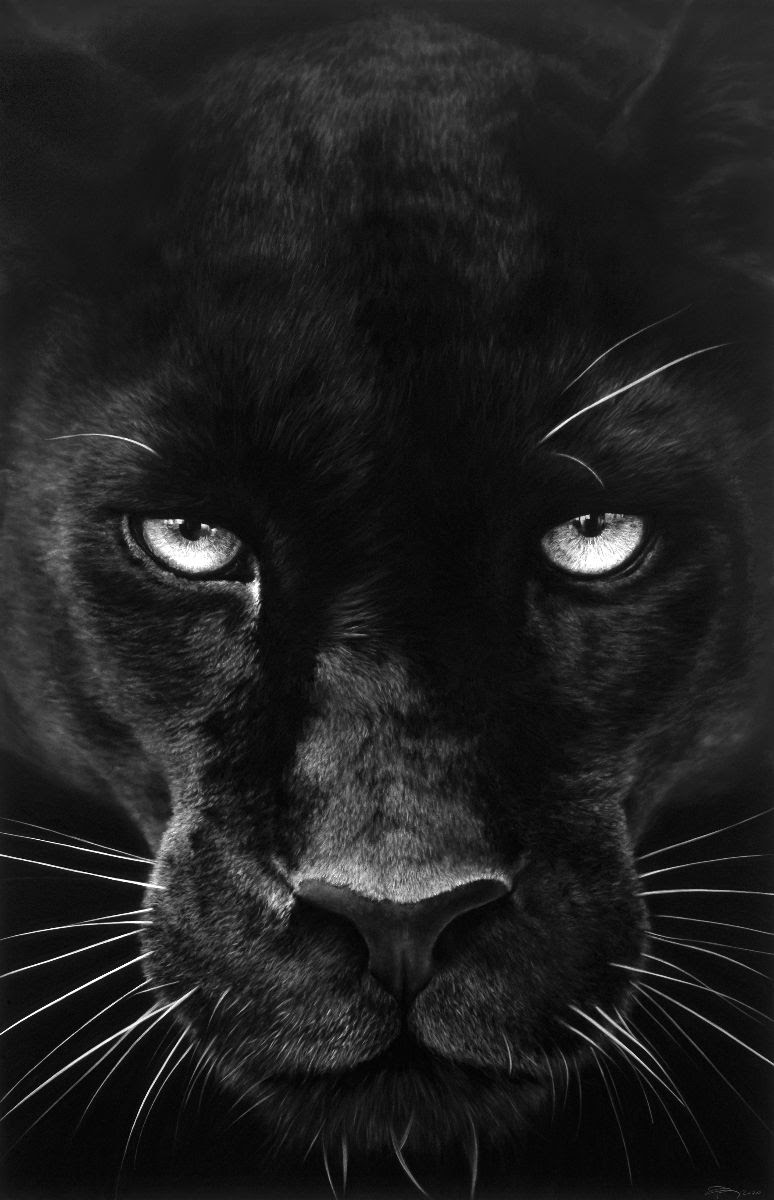 It is interesting to think about the idea of transformation when confronting Longo’s work. He was among the first artists to be celebrated for their use of appropriated source materials and has continued to mine that territory. While compelling and distressing news images are plentiful, as there are always conflicts and natural disasters to choose from, what does Longo do to them to make his drawings so charged and relevant today? In the dimly lit gallery, the framed drawings have the appearance of cinema. Protected behind glass, they become large screens to gaze upon. Collectively, Longo’s works reflect an ongoing newsfeed or a copy of a daily newspaper where images about the pandemic, protests, the presidency and climate change rage. These works are about the now. Though Longo aestheticizes, his intent is not merely to beautify, but to dramatically call attention to newsworthy events within his chosen medium — drawing. The works are monumental and, in many ways, framed monuments, charcoal artworks that tower over the viewer. 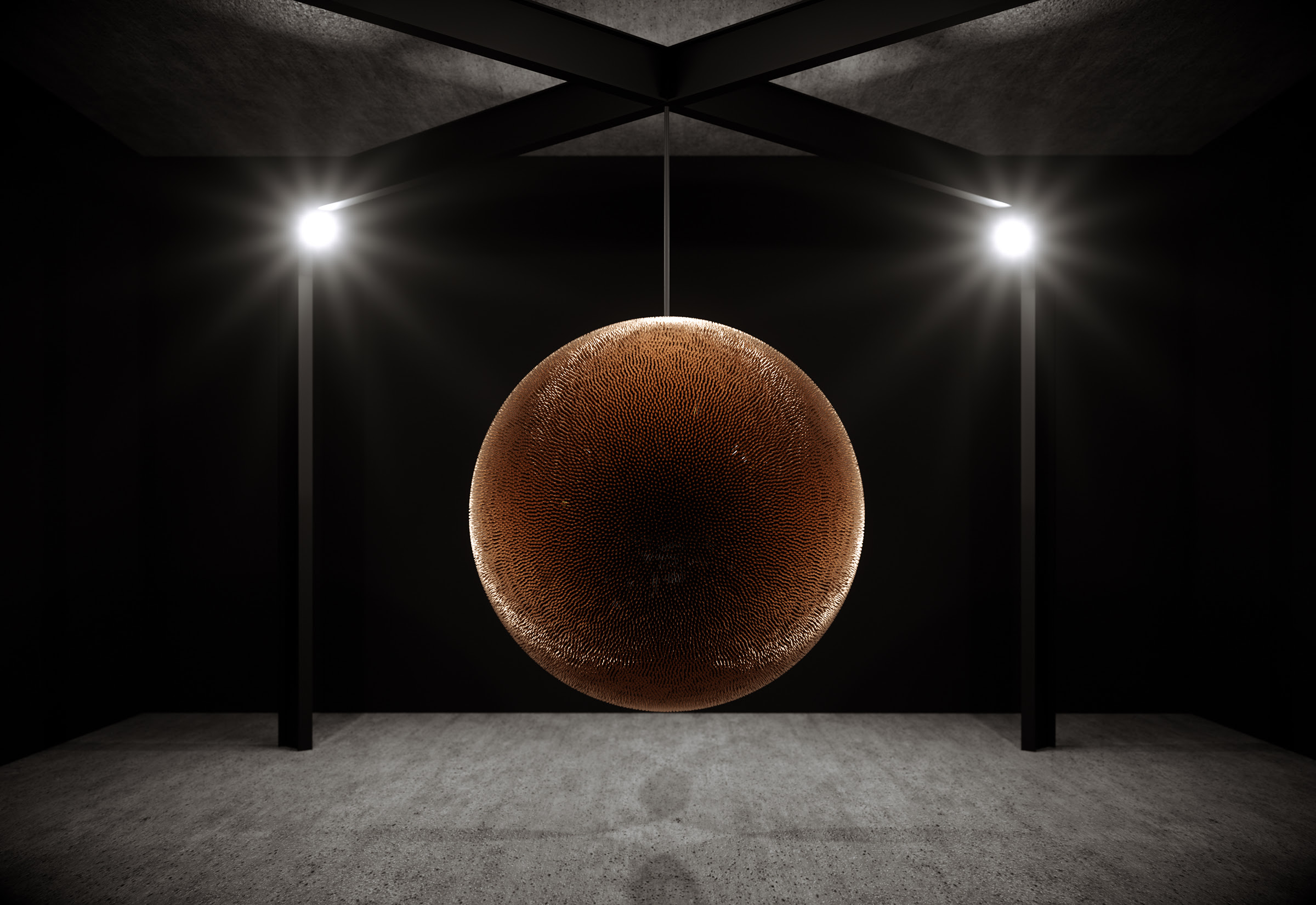 Three-dimensional monuments are also present within the exhibition as it includes Longo’s 2018 Death Star, a sculpture comprised of 40,000 inert bullets that form a giant sphere, as well as two resin and steel and sculptures— Lost Monolith and More Monolith (also from 2018). These pieces are resin and steel monoliths that function like bookends supporting the works hung on the gallery walls. More proclaims what is needed: “more pizza, more kissing, more imagination,” while Lost laments “lost elections, lost muscles, lost ideals,” etc. It is interesting to reflect upon the power of these domineering structures and think about them in relation to the sudden appearance (and disappearance) of a monolith in the Utah desert, presumed to be a work by John McCracken and likened to the monolith from Arthur C. Clark‘s 2001. 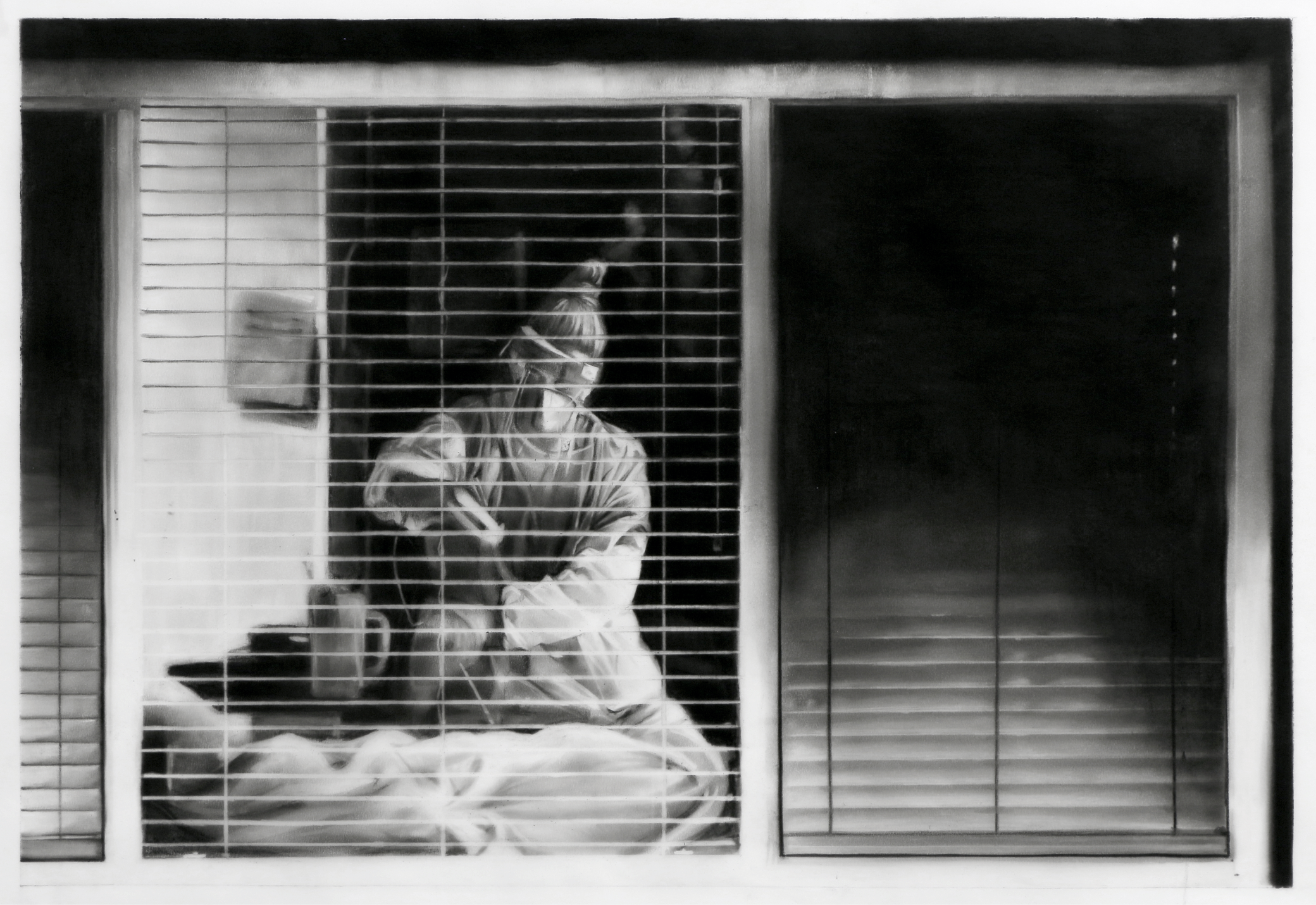 Longo’s exhibition is a powerful display of power structures. While elegantly crafted, the works “expose the politics of power, futility and aggression.” They are bold and challenging, as well as chilling documents of what is both right and wrong with the world at this particular moment in time. 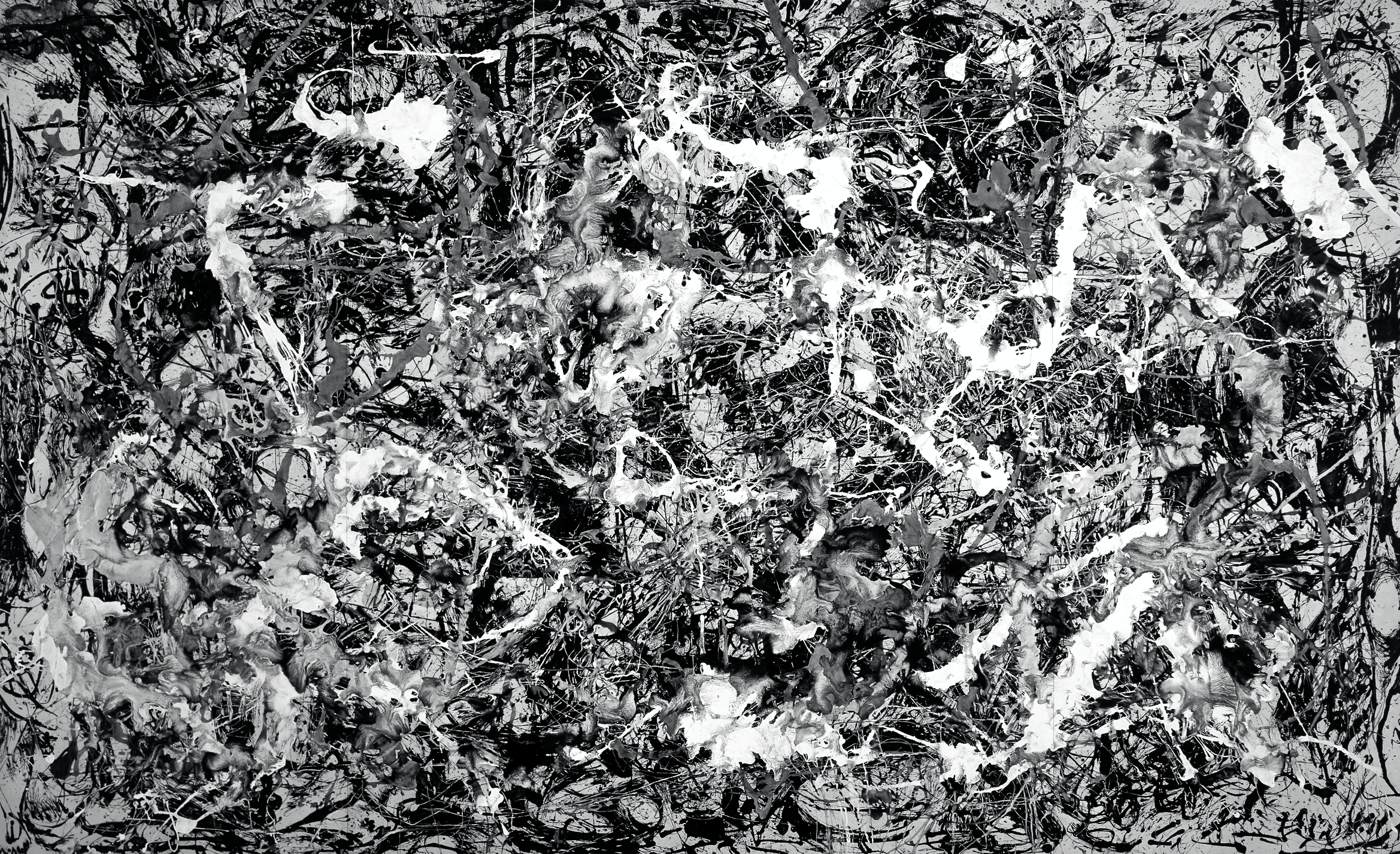