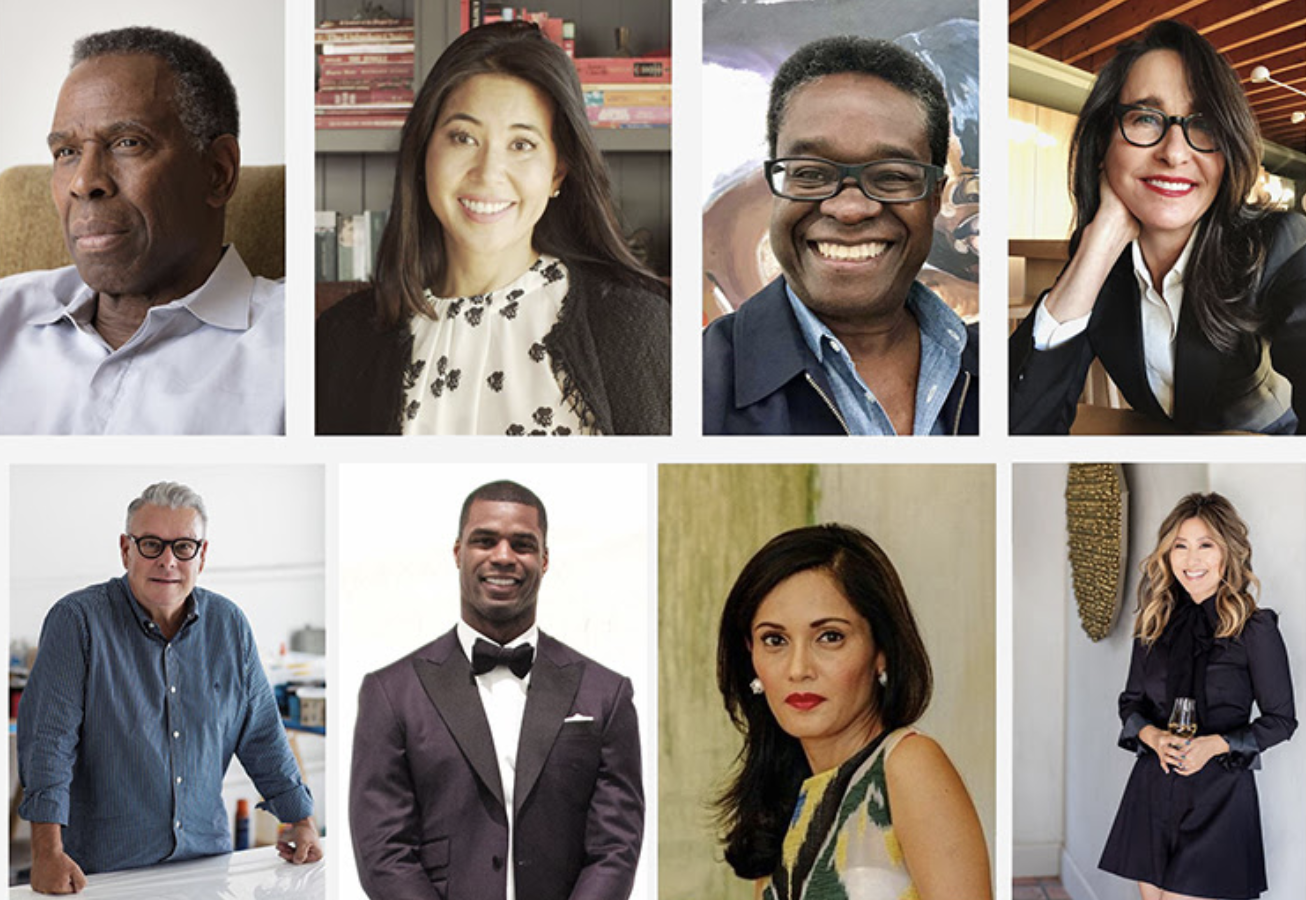 The Hammer Museum at UCLA announced today eight new board members: Charles Gaines and Mary Osako to its Board of Directors; and Dee Kerrison, Christine Meleo Bernstein, Lari Pittman, Keith Rivers, Komal Shah, and Ann Soh Woods to its Board of Advisors. Gaines is a highly influential artist and professor at CalArts, and Osako is UCLA’s first vice chancellor for strategic communications. Kerrison, Meleo Bernstein, Shah, and Soh Woods are passionate art collectors and patrons with successful careers in finance, film and television, tech, and spirits respectively. Pittman is a celebrated artist and UCLA professor, and Rivers is an avid arts supporter and former NFL linebacker.

“This year has been demanding on many fronts, but we are galvanized by the addition of eight passionate and thoughtful members to our Board of Directors and Board of Advisors,” said Hammer Museum Director Ann Philbin. “The range of their expertise and perspectives will help us navigate the many challenges ahead, including the necessary work of upending the status quo for museums and working toward equity and racial justice.”

The Board of Directors is the museum’s governing body; the addition of Gaines and Osako brings the number of board members to 22. The Board of Advisors, consisting of 32 members, supports the museum’s program and the Hammer Contemporary Collection.

Charles Gaines
Highly regarded as a leading practitioner of conceptualism and an influential educator at CalArts, Los Angeles-based artist Charles Gaines is celebrated for his works on paper and acrylic glass, photographs, drawings, musical compositions, and installations that investigate how rule-based procedures influence representation and construct meaning. Gaines’ work is collected internationally, including at the Museum of Modern Art, Whitney Museum of American Art, the Studio Museum in Harlem, and the Los Angeles County Museum of Art. His exhibition Charles Gaines: Gridwork 1974-1989 was organized by the Studio Museum and presented at the Hammer in 2015. His compositions created by translating revolutionary texts into musical notation have been widely performed, notably at the 2017 Melbourne Festival, at the Brooklyn Museum in 2016, and the 56th Biennale di Venezia, Venice. In 1977, Gaines received a grant from the National Endowment for the Arts, in 2007 a United States Artists Fellowship Award, in 2013 the Guggenheim Memorial Foundation Fellowship, in 2015 the CAA Artist Award, and the REDCAT award in 2018. Gaines was the 2019 recipient of the Edward MacDowell Medal. He is represented by Hauser & Wirth.

Dee Kerrison
Dee Kerrison is a passionate collector of contemporary art and has immersed himself in the art world for two decades. He, and his wife Gianna, have built an eclectic collection focused on artists of the African diaspora. Kerrison currently serves as treasurer of the Noah Purifoy Foundation and previously served on the boards of The Mistake Room and the William H. Johnson Foundation for the Arts, which offered a juried prize to emerging African American artists. In addition to serving on the Hammer’s Board of Advisors, Kerrison is also co-chair of the museum’s Hammer Circle patron group. Originally from New York City, Kerrison has an extensive background as a financial-services professional and lives in Orange County.

Christine Meleo Bernstein
Christine Meleo Bernstein and her husband/partner Armyan own the independent film and television company Beacon Pictures, which has produced more than 40 films and almost 200 hours of television. Meleo Bernstein has always been passionate about the arts, first as a sculptor before becoming a collector and patron of the arts. Meleo Bernstein is involved in many local arts organizations in Los Angeles as well as New York. She serves on the board of advisors of Northwestern University’s Block Museum and the Museum of Contemporary Art, Los Angeles’s Drawings & Photography Committee, and is a loyal supporter of publications such as the Paris Review and Bidoun.

Lari Pittman
Lari Pittman is an artist and faculty member of the UCLA School of the Arts and Architecture. Pittman received his BFA and MFA from California Institute of the Arts. He has received numerous awards and honors, including those from the International Association of Art Critics, the Rhode Island School of Design, the Skowhegan School of Painting and Sculpture, the Flintridge Foundation, the National Endowment for the Arts, the California Arts Council, and the J. Paul Getty Trust Fund for the Visual Arts. Pittman has had major exhibitions at the Institute of Contemporary Art, London; Los Angeles County Museum of Art; and Contemporary Arts Museum, Houston. In 2019, the Hammer presented a comprehensive retrospective of Pittman’s work.

Keith Rivers
An avid art collector of contemporary art, Rivers has been serving on the executive committee of the Hammer’s Collective patron group since its founding in 2018. A former NFL linebacker, Keith played for the Cincinnati Bengals, the New York Giants, and also the Buffalo Bills. Following his retirement from the NFL in 2015, Rivers works in commercial real estate and travels widely.  His collection ranges from prominent like John Baldessari, Barbara Kruger, Kerry James Marshall, and Kara Walker to emerging international artists he discovers in his travels.

Komal Shah
Komal Shah was an early female pioneer in the Silicon Valley tech world and is now focused on supporting the arts and empowering women as a philanthropist, angel investor, and collector with a focus on women and artists of color. Shah is a trustee of SFMOMA and the Haas School of Business at UC Berkeley. She is on the Stanford Art Council and the acquisition committee at the Tate. She is a founding board member for the Center for Equity, Gender and Leadership (EGaL) at UC Berkeley. Shah has held executive roles at Oracle Corporation, Netscape Inc, Yahoo!, and Qlue(ServiceNow) in engineering and product management for over 20 years.

Ann Soh Woods
Ann Soh Woods is a pioneering entrepreneur in the spirits industry and a passionate supporter of contemporary art. In 2014, she founded Soh Spirits LLC, developing Kikori Whiskey into the first Japanese rice whiskey offered in the United States. In 2017, Soh Woods followed the successful introduction of Kikori with Yuzuri Liqueur. Soh Woods has dedicated herself to developing quality products while also supporting women and women of color in the spirits industry. She is a longstanding member of the museum’s Hammer Circle patron group and a supporter of emerging artists from Los Angeles and also the Korean diaspora.