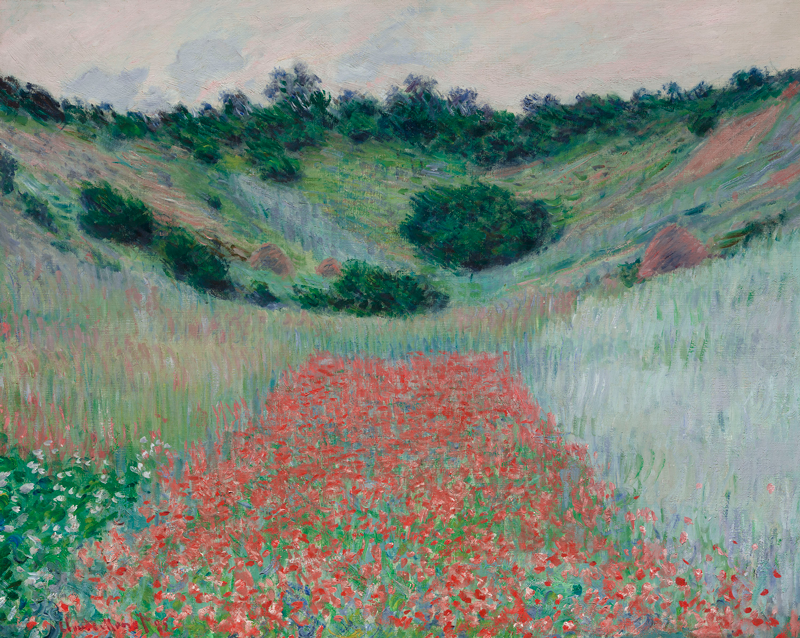 Claude Monet (1840–1926) found extraordinary beauty in settings both mundane and majestic, and he shared that vision—that enthusiasm for the here and now—in paintings that changed the course of art. Perhaps no other artist has captured Boston’s imagination as enduringly as the beloved Impressionist master. On the occasion of its 150th anniversary, the Museum of Fine Arts, Boston (MFA), celebrates a great treasure of its collection with Monet and Boston: Lasting Impression, which offers a rare opportunity to see all 35 of the Museum’s oil paintings by Monet, among the largest and finest groups of the artist’s works in the world. On view together for the first time in a generation, they are joined by select loans from private collections and works from the MFA’s broader holdings, including 19th-century Japanese woodblock prints and European paintings that Monet admired and emulated. Presented at the MFA from November 15, 2020 through February 28, 2021, the exhibition charts the development of Monet’s incomparable vision and revolutionary technique, while also reflecting on Boston’s enduring commitment to the painter and his art.

“Monet’s paintings challenge us to take a sustained look at the world around us. Painted at a moment of deep industrial and scientific change, the works connect us to the natural world and the challenges to its preservation. Monet used new scientific theories to highlight new understanding of the ways we see color and light. On the occasion of the MFA’s 150th anniversary, we take great pride in recognizing our city’s and our Museum’s commitment to this incomparable artist,” said Matthew Teitelbaum, Ann and Graham Gund Director. “We began collecting Monet’s work in his lifetime and this commitment continues to this day. The MFA is a living museum, constantly connecting the past to the present.”

Though Monet never traveled to Boston himself, the city’s appreciation for his art dates back to during his lifetime. Boston hosted the artist’s second American solo exhibition, local artists and collectors championed his work and when Monet died, in December 1926, the MFA organized a landmark memorial exhibition that opened just over a month later. The Museum’s own Monet collection was built predominantly through the generosity of local collectors, and many of the MFA’s paintings were brought to Boston during Monet’s lifetime; these stories of the early acquisitions and exhibitions are highlighted throughout Monet and Boston.

“By including Monet’s own words, as well as responses from artists, critics and gallerists who saw his paintings when they were new, I wanted to keep bringing it back to Monet’s lifetime—what people were seeing and saying then and how much that informs the ways we understand his work now,” said Katie Hanson, Associate Curator of European Paintings. “One of the great pleasures of organizing an exhibition is seeing familiar works in a different context that affords the opportunity to see them anew.”