Aaron Garber-Maikovska: ‘4 from 3 dancers’
Transcending Divisions Between Cognition and Perception 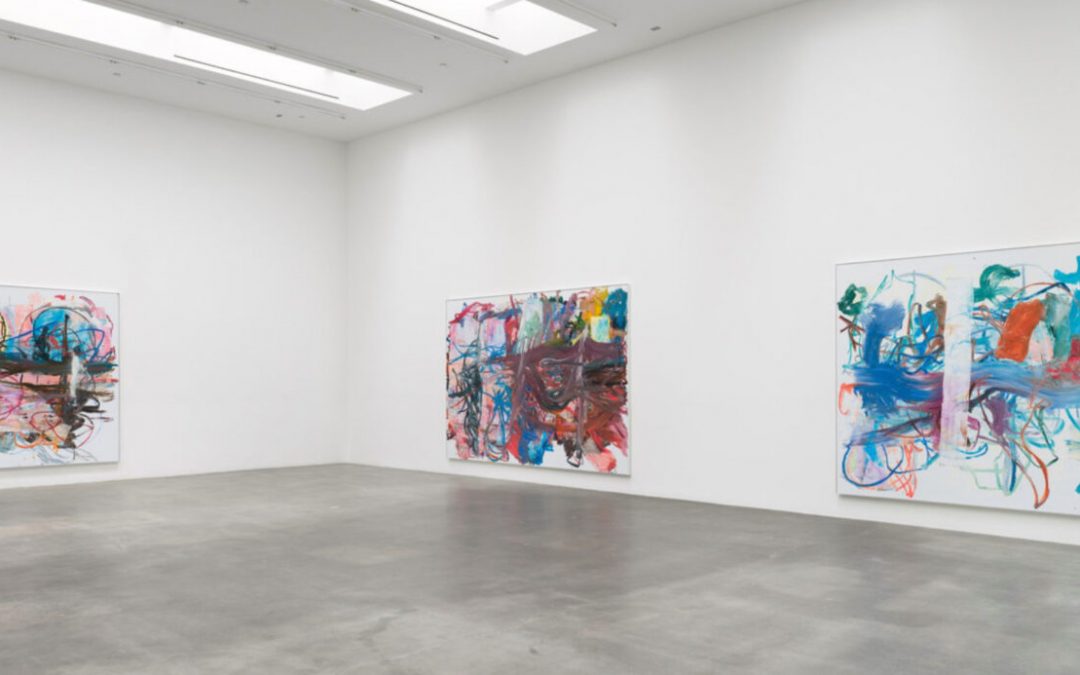 Aaron Garber-Maikovska’s latest exhibition, 4 from 3 dancers, magnifies the scale of a contemporary infant’s very first canvas—the dreaded, flimsy 8.5-by-11 sheet of paper. By working on sheets of corrugated plastic formally known as fluted propylene and that support paint scribbles three times longer than an infant’s height, the L.A.-based artist makes use of the material that is often used for lawn signs, lending his paintings a bargain-basement, weather-resistant chic. 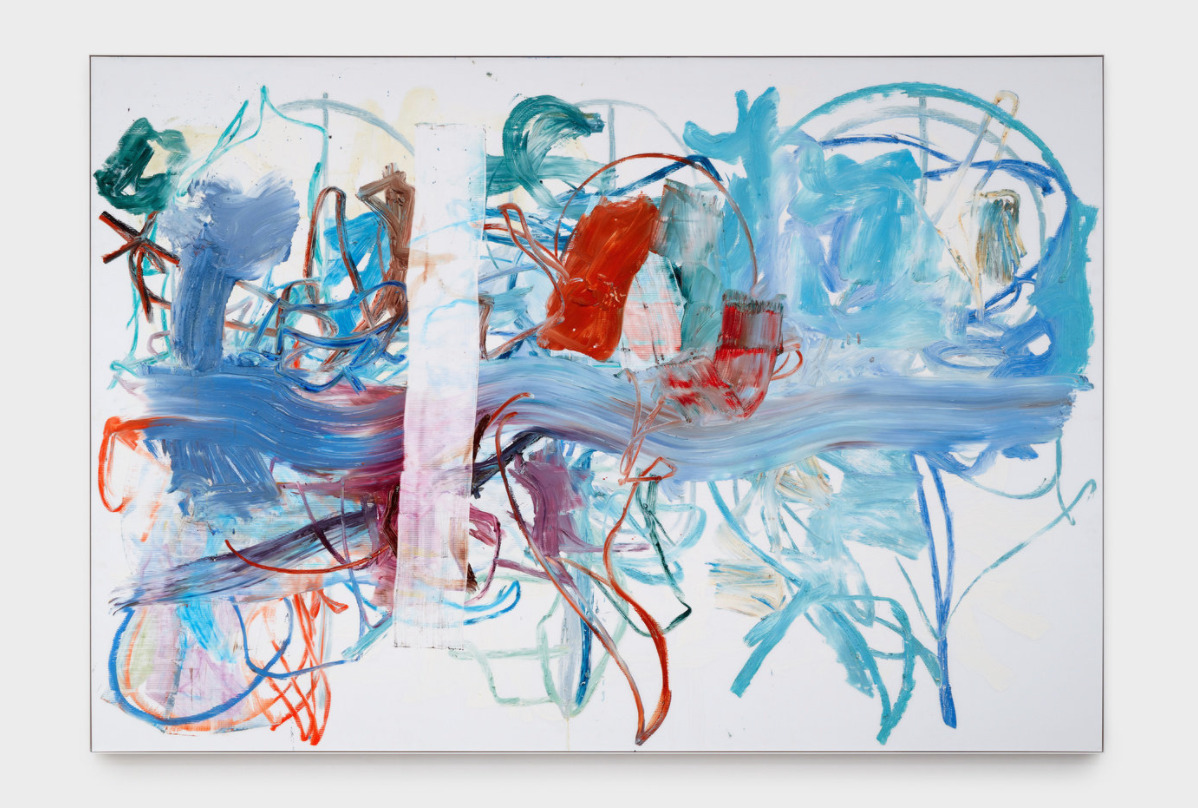 In this case, comparing Garber-Maikovska’s paintings to children’s art is not intended as yet another tired and snobbish putdown of contemporary art. Indeed, it is meant as a compliment. Garber-Maikovska’s paintings are an outpouring of feeling and movement, striking a chord somewhere that is not quite the head, the heart or the body but a combination of all three. While some of Garber-Maikovska’s color combinations initially appear as cacophonous, overlaying bright blue, cyan, white, black, red, magenta and dark forest green lines on top of one another, they eventually settle into a kind of harmony. Here, cacophony is simultaneously vital and savvy. 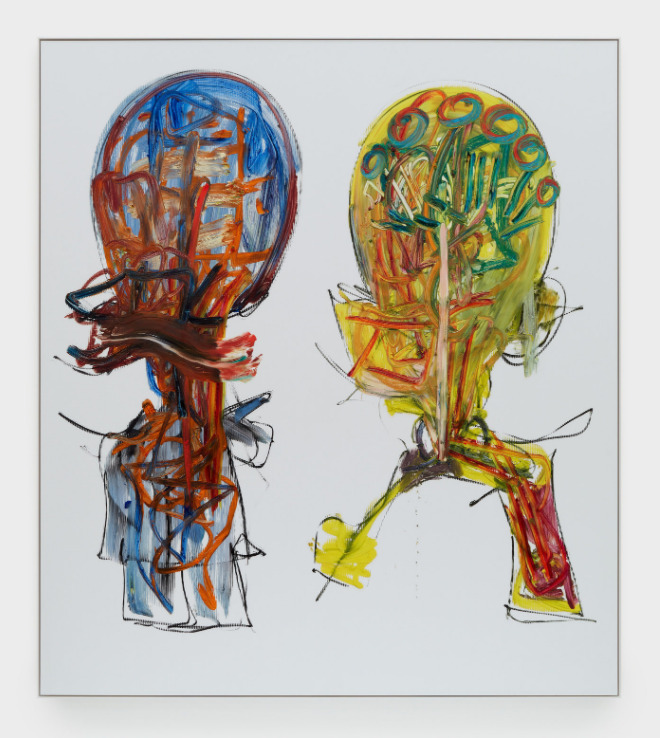 Some paintings feel explicitly anthropomorphic, such as a series of four chromatically-named pieces entitled Green Pearls, Blue Foot, Blue Crown and Yellow Spiral. Each features two contained bursts of color enveloped by cephalopodic shapes, with frenzied, multi-colored streaks of paint comprising their innards. The black and red outlines of the shapes are expressive and free. These lines serve a functional purpose, contouring and hugging the burgeoning color, but also having a will of their own, breaking out here and there to blow off steam. Upon closer inspection of his paintings, the viewer delightfully discovers the unevenness and thickness of Garber-Maikovska’s paint, which, in certain places, has even been scraped off, revealing the ridged lines of the plastic. 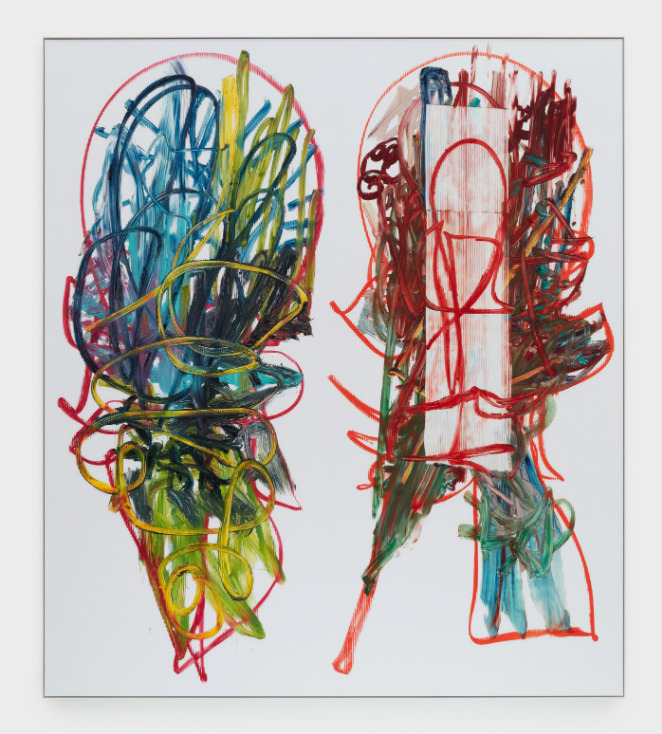 Documentation of Garber-Maikovska’s performances at different locations around Southern California play on video stands near the gallery’s entrance. He meticulously sculpts the air atop a bench in 4waybench, Rancho Cucamonga and revolves around a nondescript plot of a parking lot in 33.8103N, 117.5081W, the geographic coordinates of the spot. 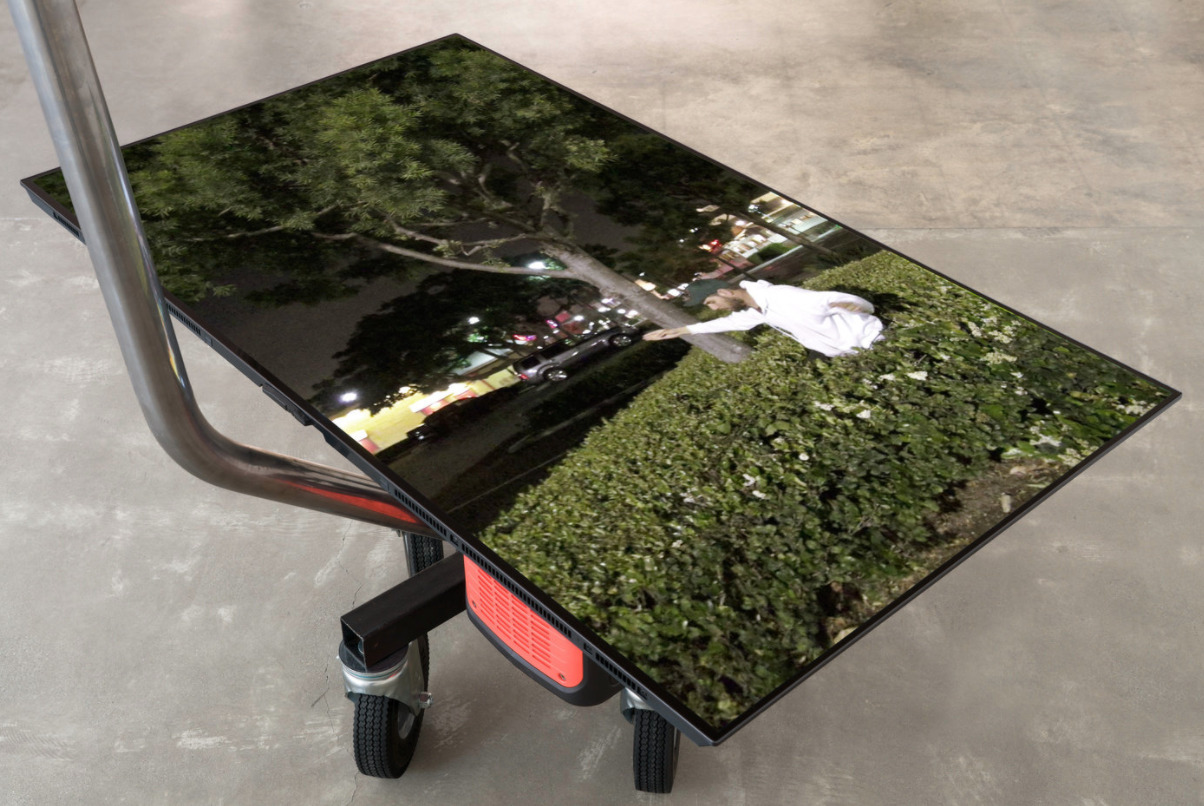 Garber-Maikovska’s capacity to forge an artistic space of movement, spirit, and sensation—transcending divisions between cognition and perception—springs from his interest in natality. 4 from 3 dancers is the fourth show in a series succeeding the exhibitions homebirth, POSTPARTUM and Daughter. His talent lies in conveying the energy aroused by embryonic growth, suggesting how far we have fallen, while proposing its re-infusion into our lives.

Jasmine Liu studies anthropology and mathematics at Stanford University, where she has been the desk editor, managing editor and chair of the editorial board of the Stanford Daily. She also writes art and literary criticism.