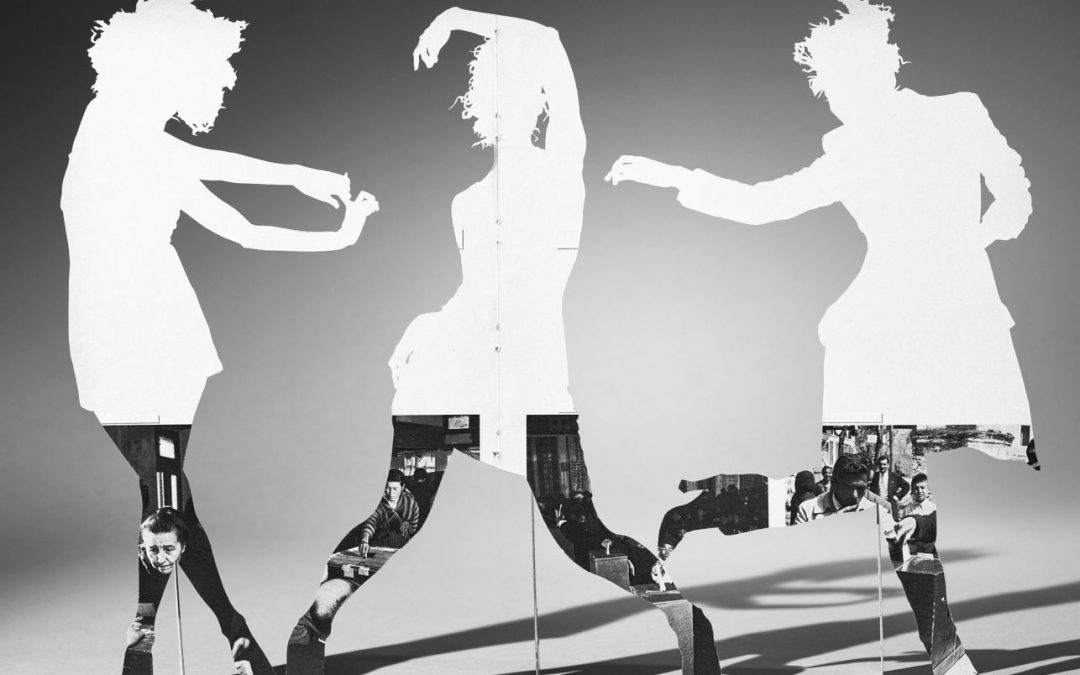 The Body Wants to Live

In the 1990s, fashion photographer Richard Avedon created what was then considered a cutting edge campaign for Gianni Versace posing supermodels in evocative and suggestive positions. For his new series of black and white photographs, Matt Lipps appropriates Avedon’s pictures, using their silhouettes as framing devices. What he captures within Avedon’s stylized body poses are pages from the exhibition catalogue, The Family of Man, a landmark exhibition at the Museum of Modern Art, New York in 1955. 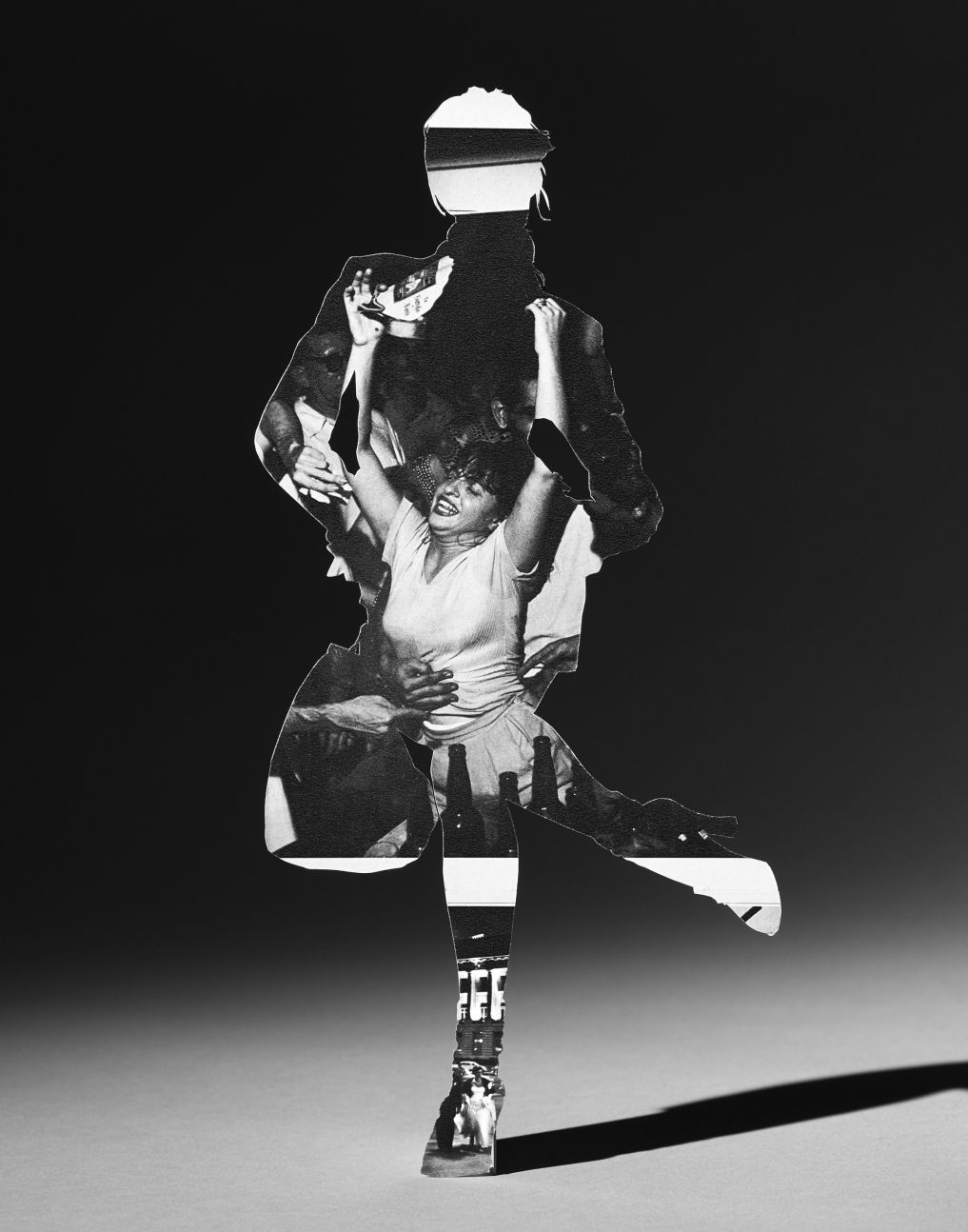 Curated by Edward Steichen, it was conceived of and presented as an inclusive look at cultures throughout the world. On view as an installation were images by international art, fashion, landscape and commercial photographers. Installed without captions, the images were often greatly enlarged to poster size and presented devoid of their original context. While the exhibition was meant to celebrate the “universality of human experience,” it was criticized for its removal of social, political and historical specificity. A catalogue was published to accompany the exhibition that continues to be readily available due to its popularity. In the book, the images are captioned and attributed to a publication, place and/or photographer, but they are not dated. Rather than locate the images within the context of a story, Steichen juxtaposes them with poetic quotes, but never offers any kind of explanatory text. 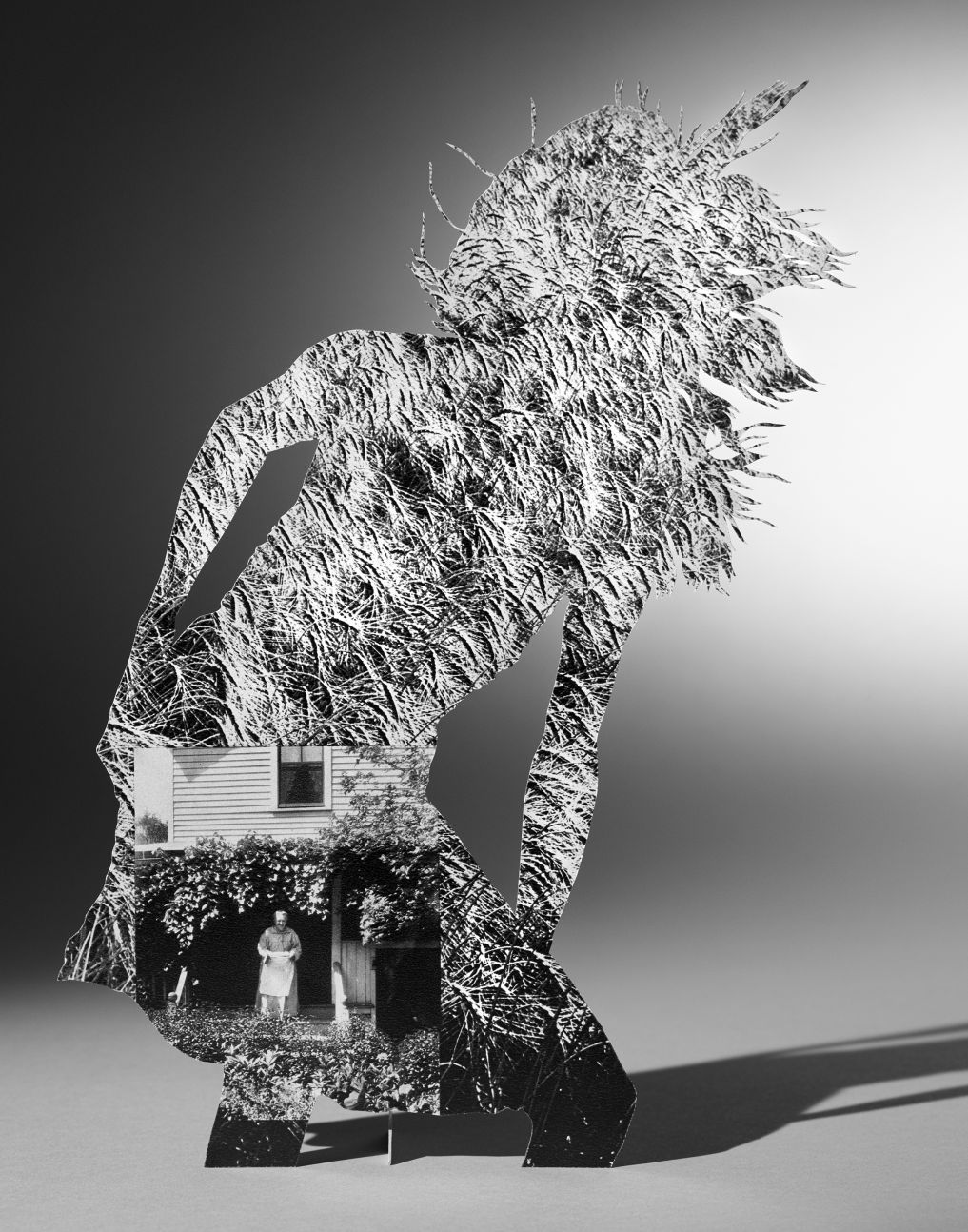 The Family of Man has been rebuffed and critiqued over the years, as well as reimagined in different ways. Lipps’ choice of this material follows his appropriation of photographic imagery culled from well-known printed sources including Horizon Magazine and Time-Life Books: The Library of Photography. In previous works, Lipps cut out select portions of images from the books and magazines, attached small stands and arranged them onto shelves, sometimes using his own colorful photographs as backdrops. Using dramatic lighting and colored gels, he re-photographed these tableaux to create his final images. Exploring interrelationships between fashion, photography and art history, Lipps constructed new narratives through re-presentation and unusual juxtaposition of these historic photographs. 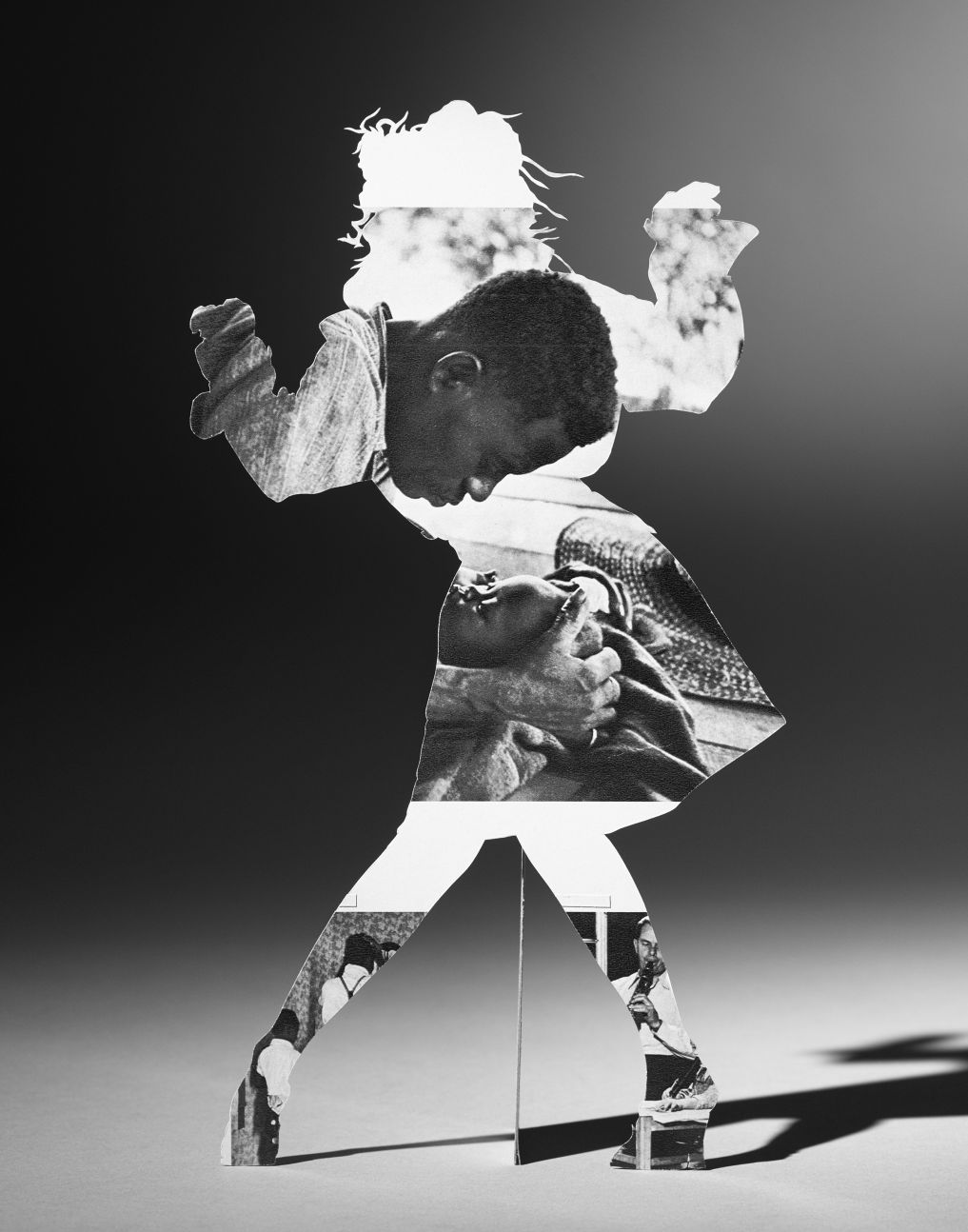 The numbered, but otherwise untitled, black and white photographs that comprise The Body Wants to Live are unique, modest sized, silver gelatin prints that fuse two image sources. For each photograph, Lipps creates a silhouetted cutout from one of Avedon’s Versace images and overlays with pages from The Family of Man catalogue. This freestanding montage is given a base so it can stand on its own and placed against a seamless gray backdrop which is then dramatically lit from the side so the cutout casts a shadow onto the ground. 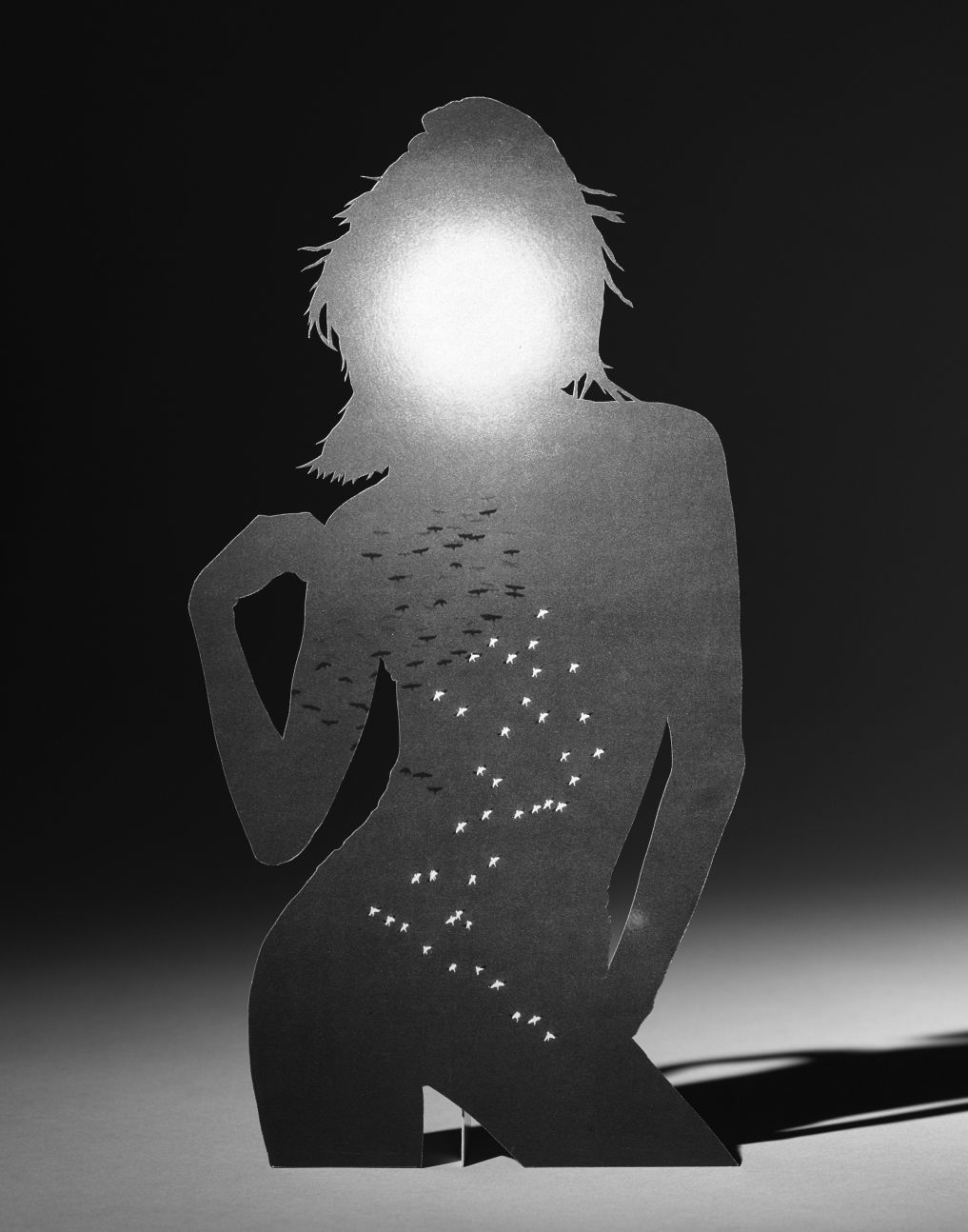 In the resulting images, the shape of the models’ silhouetted bodies are surrounded by gradients of gray— as if on a stage set or a live fashion shoot— but filled with pictures from The Family of Man. In addition to creating reproductions of reproductions, Lipps also plays with shifts in scale. The silhouetted body is reduced to the size of a page, yet somehow retains its integrity. In No. 171 (all works 2020), a woman in high heels strides across the image, her arms raised as if captured in a ‘hands-up’ position. Her torso and head contain a fragmented portrait of a Black man separated from two smaller images below —both suggesting some type of protest or conflict— fill her shoes and lower legs. No. 131, is a silhouette of an off-balance model leaning backwards with arms extended. Contained within her shape are segments from two photographs of couples: posed or candid images depicting moments of respite and affection. No. 060 features an iconic image from the book— a high contrast photo of a man on a plank shot from below against a white sky and about to swing an axe into a large tree, nested within a separate photograph of a lush forest. 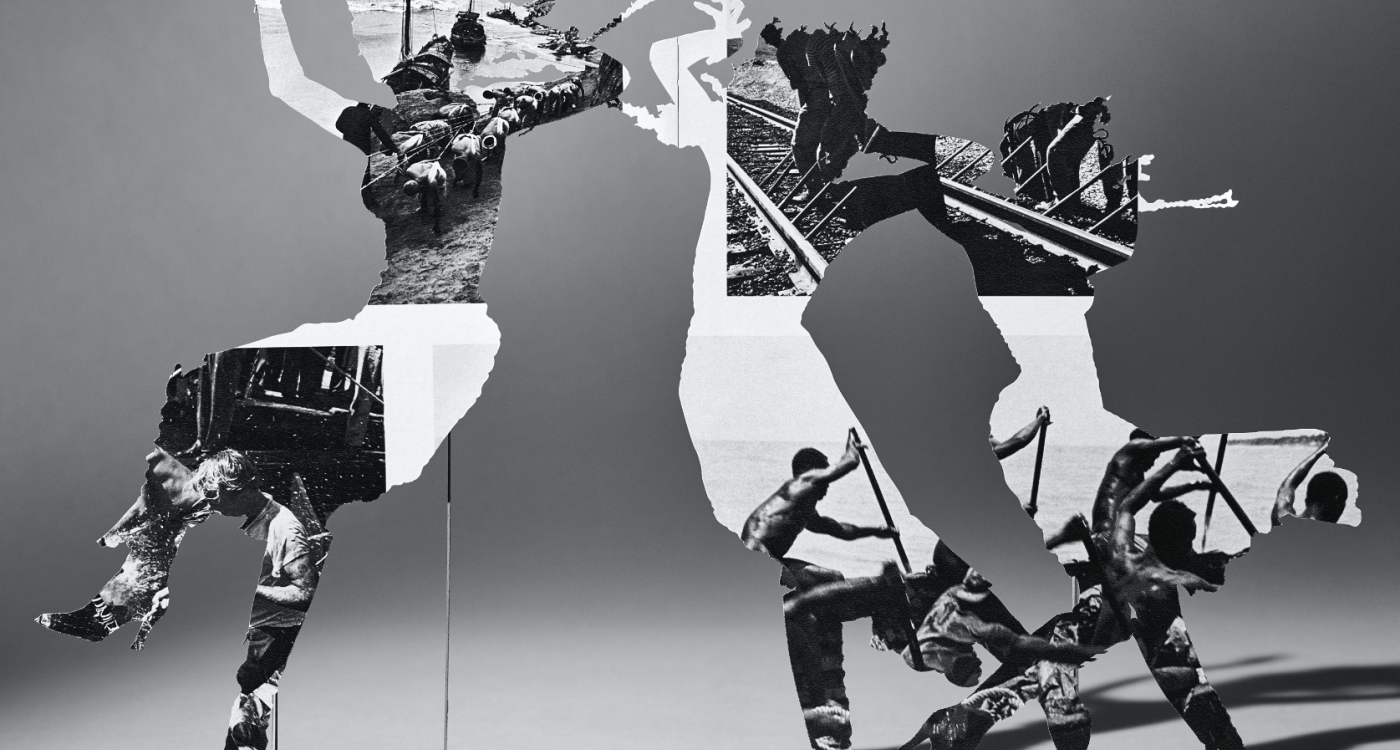 The pose of Avedon’s model echoes the pose of the axe swinger. While images from pages of The Family of Man fill many of Lipps’ cutouts, something curious occurs when the cutouts frame partial images or the gutter of the book. Here, the works become constructed images taking advantage of chance juxtaposition. It is curious that Lipps chose to reveal his obscuring of the captions with rectangles of white tape or paper. These redactions are obvious and the covering up of benign identifying information is reminiscent of what was missing from The Family of Man exhibition. 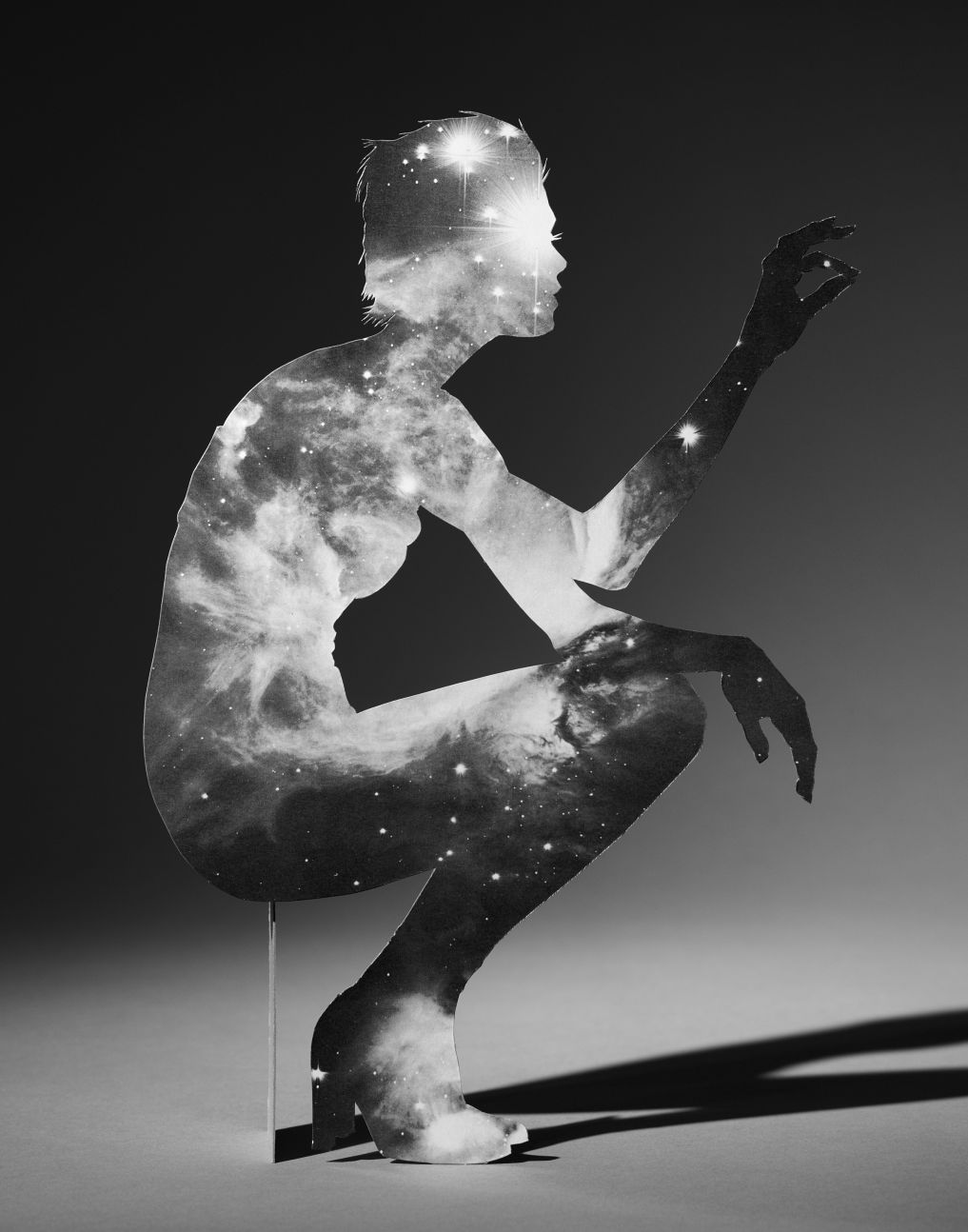 Lipps is interested in what was and in what it can become. He has devised a methodology to transform appropriated photographic imagery into tableaux that are then re-photographed in a way that further decontexualizes them. The images are about design, fashion, photography and transformation and while they call attention to their source, the formal elegance of the new images overshadows any intended criticism.