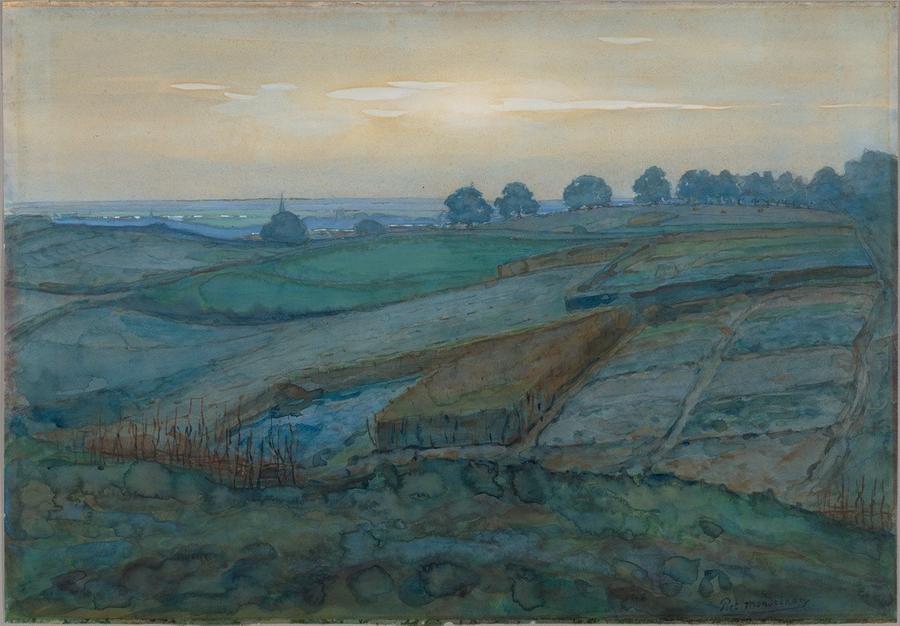 The J. Paul Getty Museum has announced a landmark acquisition of 39 Dutch drawings, providing a stunning survey of the outstanding artists, styles, genres, and subjects in seventeenth-century art from the Netherlands. The group includes drawings by Rembrandt van Rijn, Jacob Ruisdael, Gerrit van Honthorst, and many other artists of the “Golden Age” of Dutch art. In addition, the acquisition includes a monumental early watercolor by Piet Mondrian, a panoramic landscape view made in 1901.

“Set in motion nearly two years ago and finalized in January 2020, this major acquisition dramatically enhances our Dutch drawings collection, increasing it by a third, and placing it among the most important museum holdings in the United States,” says Timothy Potts, director of the J. Paul Getty Museum. “Several drawings represent artists who are almost never available on the market, including Cornelis Vroom, Hendrick Dubbels, Jacob Pynas, and Gerrit Pietersz, adding rarity and depth to the group, and enabling the Getty to showcase a more complete history of Dutch art.”

Potts continued, “We are thrilled that, with this acquisition, we are able to bring these objects from a private collection into the public domain, making them available for scholarly research and for the enjoyment of our international audience.”

A selection of 18 drawn landscapes and seascapes illustrate how Dutch artists celebrated their natural environment, burgeoning economy, and national identity. Adriaen van de Velde’s The House with a Little Tower Seen from the Northeast (about 1660), for example, offers a quintessential evocation of the flat Dutch countryside framed by stretches of sky and water. Adriaen is mostly known for landscape drawings, and drawings of a single figure that he made in preparation of his paintings. He excelled in all media, including chalk and ink, pen and brush, watercolor and oil on paper.

A Cottage among Trees (about 1652 –1653), boldly rendered in grey wash over black chalk, is a prime example of a motif made famous by Jacob van Ruisdael: the half-timbered house. From 1650 throughout his long and prolific career, his landscapes are populated by countless variations of the rustic cottages he encountered on a trip to Bentheim, Germany.

Underscoring the central role played by the human figure in Dutch Art, the acquisition includes nine figure studies, genre scenes, and portraits. Young Man Leaning on a Stick (about 1629) by Rembrandt van Rijn is a moving depiction of a young beggar. With just a few deft pen lines, Rembrandt captured the humanity and humility of his subject and powerfully conveyed the bend of the beggar’s back, the turn of his foot, the messy curls of hair and ragged clothes, the fixated gaze, and laughing expression.

The group also includes seven religious and historical scenes that served as compositional studies for paintings or as finished works to be sold on the open market. The most striking include a large and complex Crucifixion (about 1650) by Samuel van Hoogstraten, one of Rembrandt’s most talented pupils; and a compositional study by Gerrit van Honthorst, which typifies his drawing technique in the slightly angular style and the use of parallel white heightening to indicate lighter areas.

Five drawings demonstrate the Dutch fascination with the natural world and the interdependence of art and science in the early modern period. Jacob Marrel’s imposing watercolor of Four Tulips (about 1635-1645) speaks to Tulipmania, when the speculative prices for tulip bulbs reached astonishing heights before the market collapse in 1637. Maria Sibylla Merian’s rendering of the metamorphosis of an emperor moth from egg to caterpillar in Metamorphosis of a Small Emperor Moth on a Damson Plum (about 1679), is meticulously executed in watercolor over a counterproof of plate thirteen in her Caterpillar Book. Merian was one of the first to portray the appearance of insects from egg to maturity in relation to their food sources. Her artful depictions are so accurate that in most cases it is possible to identify individual species, making her a pioneer in the fields of entomology and ecology.

“This landmark acquisition of 39 drawings from a private collector will allow our visitors to explore in depth the subjects and techniques that made artists of the Dutch Republic so renowned and beloved,” says Stephanie Schrader, curator of drawings who spearheaded the acquisition.