Saatchi: The Next Generation 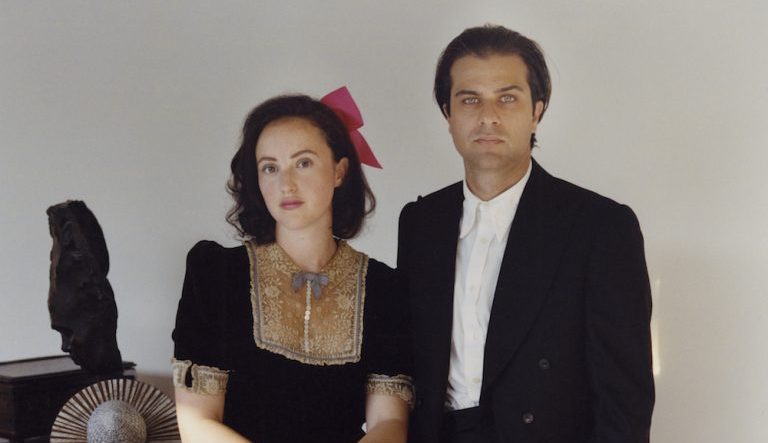 The daughter of advertising mogul/collector Charles Saatchi has announced the launch of a new gallery in London’s Mayfair. Phoebe Saatchi Yates and her husband, Arthur Yates, plan to open Saatchi Yates, a 10,000-square-foot commercial space at 6 Cork Street on October 15.

The gallery is one of the first to open in the relaunched Cork Street area, once the epicenter of London’s gallery scene. A few years ago, developers decimated the street creating unaffordable spaces. It has remained unoccupied for the last few years with rent nosediving. The new Saatchi Yates operation is located in a two-story building near the Goodman Gallery and both Christie’s and Sotheby’s auction houses. The gallery’s focus, according to a press release, will be “unseen artists.” However, the couple will also deal in the secondary market.

The gallery will represent a select number of artists, and the inaugural exhibition will be dedicated to Swiss-born artist Pascal Sender. Sender will display 19 paintings created for the show, in addition to augmented reality artworks that can be viewed through an app.

“We wanted to maintain the Saatchi narrative of showing and buying artists young, but the difference is we want to stay with them for the long haul and nurture their careers,” Saatchi Yates told the Art Newspaper. Large-scale presentations will be hosted in a 6,000-square-foot space on the ground floor, while blue-chip works from private collections will be offered in a lower-level salesroom.”

Charles Saatchi has served in an advisory role to the couple during the gallery’s early planning stages, although, he will not be involved in the daily operations of the gallery. Works from the renowned Saatchi collection, which are on view in London’s Saatchi Gallery, in Chelsea, will not be for sale at Saatchi Yates. The Saatchi Gallery first opened in 1985 and has since been through many phases and Locations. It has recently been mounting fewer ‘Saatchi’ shows in their exhibition program and appear to be renting the space as a gallery for hire.

Phoebe Saatchi Yates’s parents are the divorced art collectors Charles and Kay Saatchi. Kay was heavily involved in the original gallery in St Johns Wood. It is clear that they have passed on their obsession to their daughter. The ground floor (6,000 sq ft) will be dedicated to lesser-known, emerging artists who are not normally seen in the windows of central London. “We will be an alien in Mayfair,” Arthur Yates says.

It is not known what the future holds for the Saatchi Gallery in Chelsea. it has recently changed its status to a, not for profit organization and is now run by the wealthy Swedish media mogul Johan Eliasch, 57 as the lead trustee. Mr. Eliasch is a friend of Mr. Saatchi