Around Day’S End” Debuts At The Whitney 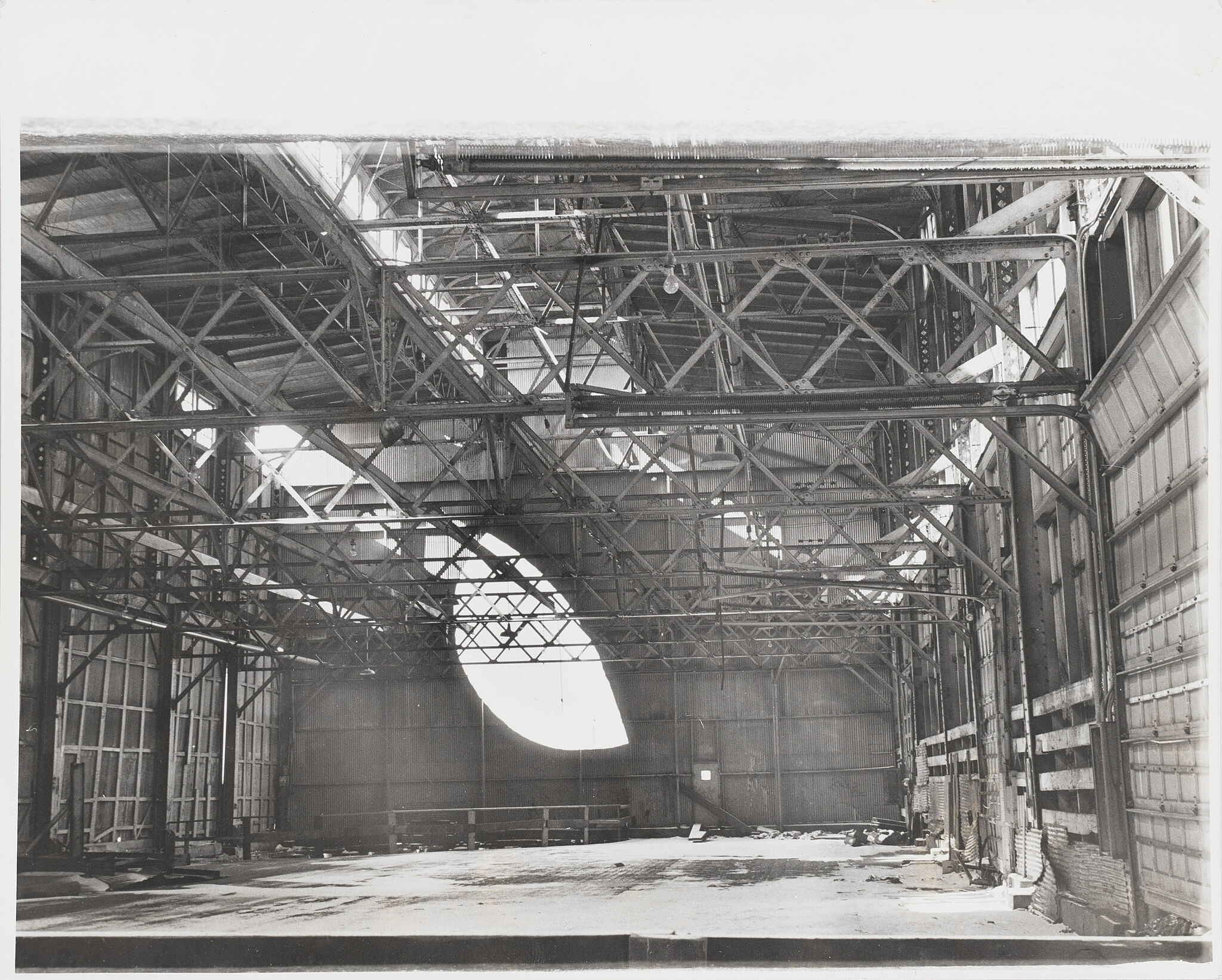 The Whitney has just debuted Around Day’s End: Downtown New York, 1970-1986. The exhibition pays homage to Gordon Matta-Clark’s legendary Day’s End (1975) and features works by twenty-two artists who engaged with the Meatpacking District and West Side piers, among other downtown Manhattan locations, in the 1970s and early 1980s. Around Day’s End also anticipates David Hammons’s monumental public artwork Day’s End, to be completed in late fall 2020 and located directly across from the Whitney Museum in Hudson River Park. Drawn primarily from the Whitney’s collection, the exhibition is organized by Laura Phipps, assistant curator, with Christie Mitchell, senior curatorial assistant, and runs through October 25, 2020. 2 In 1975, Matta-Clark created Day’s End in a former shipping warehouse on Pier 52, which stood on the Hudson River across from the Museum’s current home. Matta-Clark cut massive openings into the dilapidated pier shed’s walls, roof, and floor. He wanted to transform the building into a “temple to sun and water.” Also titled Day’s End, Hammons’s sculpture is a meditation on Matta-Clark’s intervention. Hammons first proposed his sculpture to the Museum in 2014 and it is nearing completion this fall during a period of profound crisis and uncertainty. While it conjures the layered history of the neighborhood and the river, Hammons’s project acts as an evocative landmark for the reimagining of the site and serves as a powerful testament to the tenacity and resilience of New York.

“David Hammons’s much anticipated public art project provides a unique opportunity to not only think about the complex history of the Pier 52 site, but to also consider the time and conditions that existed when Matta-Clark’s Day’s End was conceived in 1975. Around Day’s End explores these related stories,” explained assistant curator Laura Phipps, an organizer of the exhibition. “While there is something disquieting about today’s parallels with many of issues and the conditions these artists were addressing at that time—economic uncertainty, crumbling infrastructure, disappearing public space—it can also be reassuring or inspiring to look back at the incisive approaches artists took with the physical material and ephemeral ideas of New York City to imagine ways through and forward.”

The works featured in the exhibition intervene in the urban fabric of the city in various ways: MattaClark and Joan Jonas present the city itself as a character, pointing to New York as a place that embodies both presence and invisibility. For other artists, like Alvin Baltrop and Jimmy Wright, the periphery of the city became synonymous for historically marginalized populations; their depictions of the West Side piers and Meatpacking District reveal how queer life found community and intimacy in forgotten, and reclaimed, corners. Martin Wong and others made visceral works that looked at the ways particular downtown neighborhoods, like the Bowery and Lower East Side, were impacted by deteriorating economic conditions. For these artists the city was and remains material, inspiration, specter, and provocation.

The exhibition also includes an architectural model for Hammons’s public art project, which the Whitney is realizing with the Hudson River Park Trust. Around Day’s End is installed in the John R. Eckel, Jr. Foundation Gallery, on the Museum’s first floor, which is accessible to the public free-of charge. All visitors and members must reserve timed tickets in advance at whitney.org.