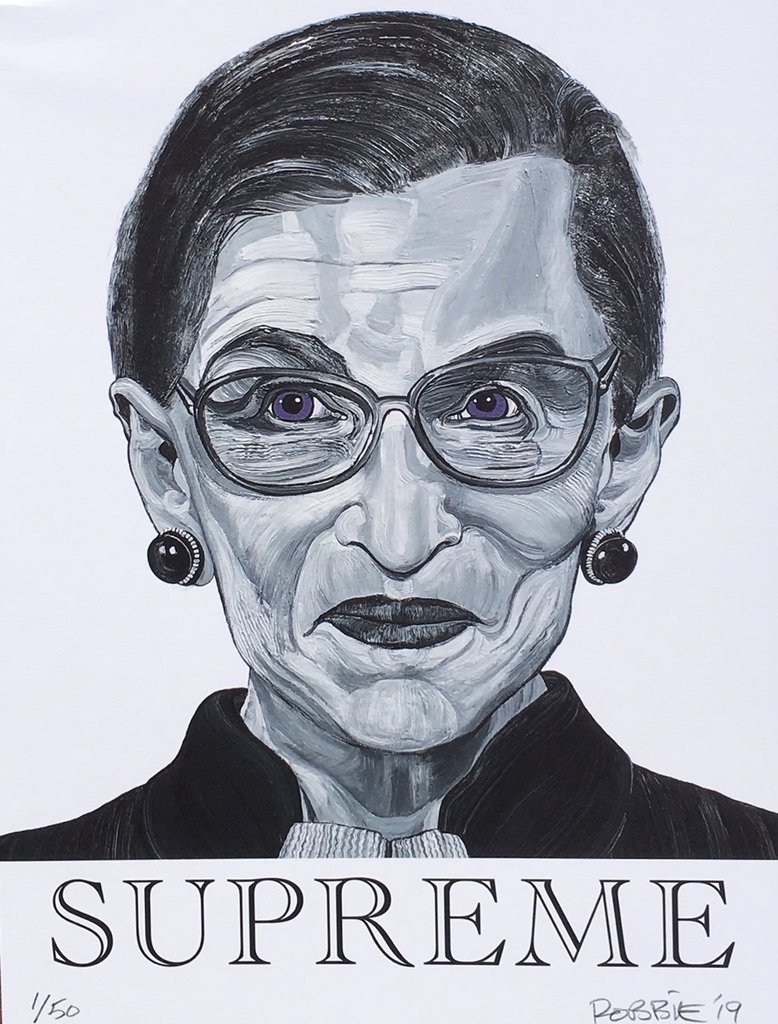 “When I discovered Robbie Conal’s art, I realized that his work powerfully coalesced the elements of traditional painting, political commentary, humor, bold design, and defiant intervention in public space.”

The politically charged art of Robbie Conal is gnarled, gut retching, and emotionally laden. Featuring every image in Robbie Conal’s storied poster campaigns, this is the definitive history of “America’s foremost street artist” (Washington Post). A foreword by Shepard Fairey, American contemporary street artist, graphic designer, and activist, sets the scene. Conal’s satirical posters of political figures are given richer context as his life story is insightfully joined with art criticism by expert G. James Daichendt. Today honored by museums and arts organizations around the world, Conal hit high speed during the Reagan administration in 1986, when he began turning his grotesque portraits into street posters. We see Conal’s life come together at a critical moment to attack issues of censorship, war, social injustice, and the environment.

Conal’s work has been featured in numerous publications, including Time, Newsweek, the New York Times, the Los Angeles Times, as well as CBS’s This Morning and Charlie Rose. He was the subject of the 1992 documentary Post No Bills directed by filmmaker Clay Walker. He has also written three books, including Art Attack: The Midnight Politics Of A Guerrilla Artist Artburn, a collection of his work published in the alternative newspaper L.A. Weekly, and, Not Your Typical Political Animal, with his wife, Deborah Ross. He has been awarded grants by the National Endowment for the Arts and the Getty Trust.

In 2004, Conal joined artists Shepard Fairey and Mear One to create a series of “anti-war, anti-Bush” posters for a street art campaign called “Be the Revolution” for the art collective Post Gen.

His art is in the permanent collections of The Metropolitan Museum of Art, the Los Angeles County Museum of Art, the San Jose Museum of Art, and the San Diego Museum of Art. Conal’s posters have been prominently displayed in several major motion pictures, including, Sneakers, Falling Down, The Insider, Dead Presidents, Contagion, and The Sessions.

G. James Daichendt, EdD (Carlsbad, CA), is professor of art history at Point Loma Nazarene University in San Diego. He is the author of several books and an art critic and journalist for Artbound on the nation’s largest public television station, KCET. Published by Schiffer Publishing, Schiffer Publishing.