The Marriage of Art & Technology in the Era of COVID-19
Frontier or a Continuing Evolution? 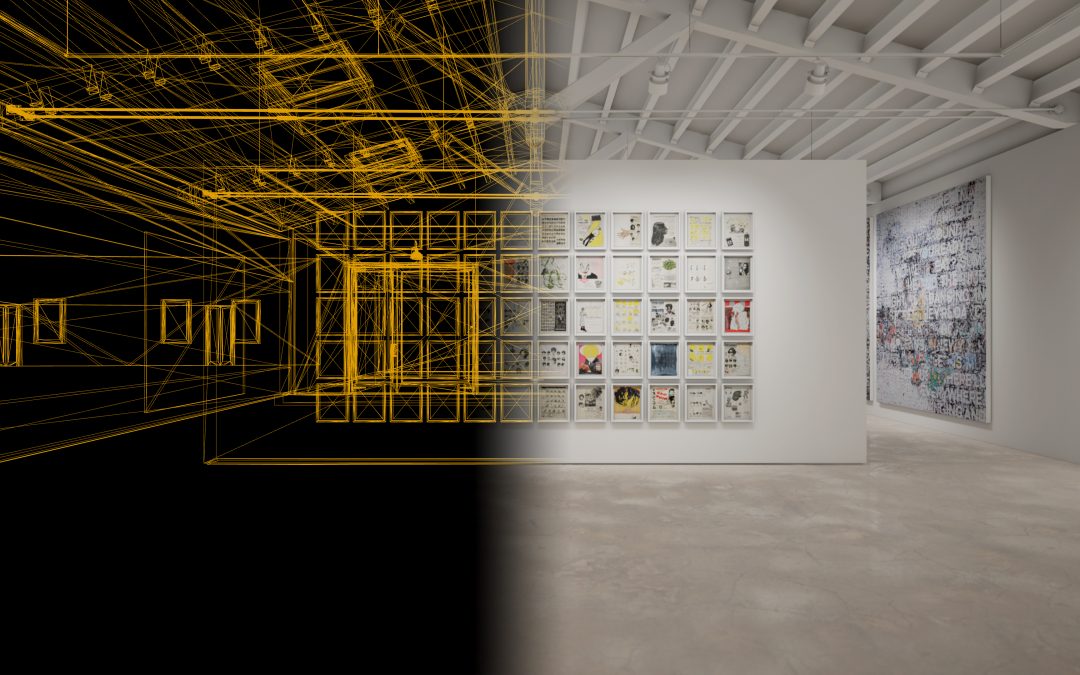 With the proliferation of online viewing rooms, virtual museum tours and all forms of socially distant art creation going on since the COVID-19 crisis began, many in the art world have begun to question whether the art world has finally crossed a line in the sand. Will digital become a dominant force in both art creation and exhibition going forward?

This digital migration is the culmination of a movement that has been occurring over the last decade, accelerated by social media, online auctions and the battle cry for sustainability. Virtual Reality (VR) and Augmented Reality (AR) in particular have made significant leaps both in terms of innovation and viewer accessibility via headsets and smartphones. 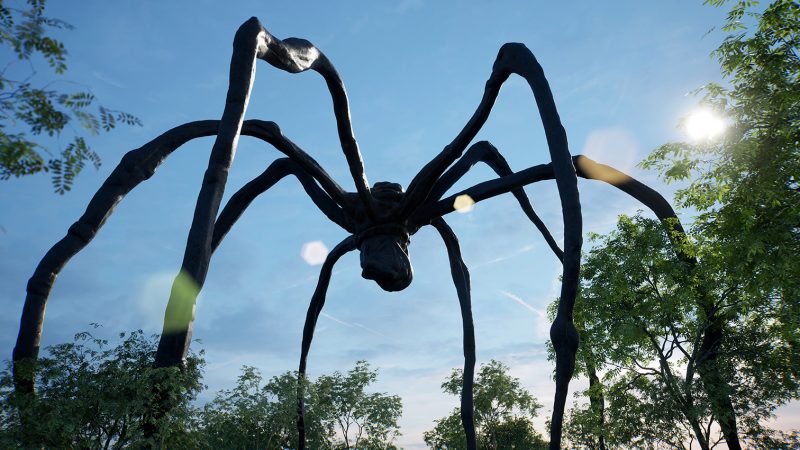 This marriage of art and technology has taken two primary forms of late: as distribution method and tool. Online viewing rooms such as GalleryPlatform.LA, launching May 15,  promises to feature works from 12 member galleries each week. Spearheaded by former Museum of Contemporary Art Los Angeles director and gallerist Jeffrey Deitch, its members include galleries such as Gagosian and Various Small Fires. This initiative follows David Zwirner’s Platform: Los Angeles, a viewing room featuring 13 Los Angeles-based galleries.

But even before the crisis, 3-D technology as an art form had been embraced by artists seeking to create environments that invite interaction. Artists including Paul McCarthy, Laurie Anderson, and Hsin-Chien Huang have shown VR work in prominent art events including the Venice Biennale in recent years. And a new wave of AR/VR art is gaining traction, particularly as remote viewing of art has increased during the pandemic.

Technology and art have existed hand in hand throughout history from cave paintings through photography, 3D printing and the Internet. Daniel Birnbaum, director of London-based Acute Art, notes that the modern pairing of artists with technology was spurred by the formation of Experiments in Art and Technology (E.A.T.) in 1967. Robert Rauschenberg and Robert Whitman spearheaded the project which united artists and engineers from Bell Laboratories with the goal of introducing technological innovations into art, including video and wireless sound. 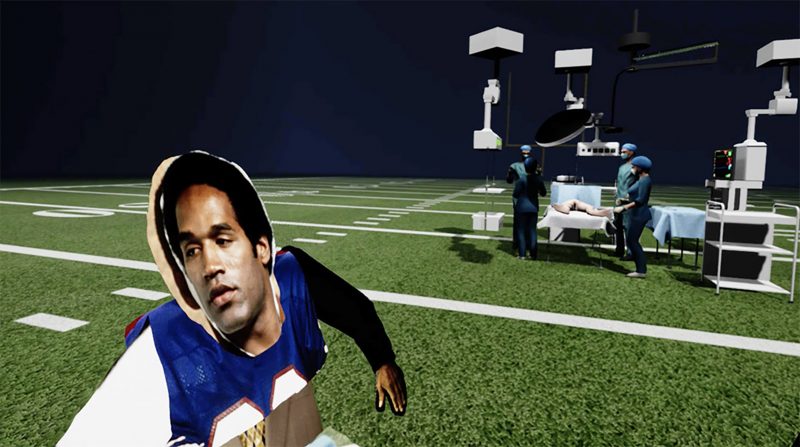 The latest iteration of the art/technology fusion has been aided –and at the same time hindered–by access to the equipment needed to experience it. The optimal viewing of VR requires headsets, while AR can be viewed on a smartphone. From an artist’s perspective, the creation of VR and AR also requires an investment in the form of tools and a delivery platform for distribution. A few organizations have stepped in as benefactors to artists looking to embrace the technology. Steadily championing these new forms of digital media, these institutions’ efforts have gotten more attention as the pandemic has prompted online art consumption.

The gallery’s goal in releasing the software was to “develop technology that would help our artists visualize the spaces where their exhibitions would be presented,”  Stacen Berg, partner, Hauser & Wirth, wrote in an email.  She also noted that the tool has already helped Hauser & Wirth accurately assess how much art is needed in an art fair’s booth, leading to reduced shipping costs. “What makes HWVR unique and proprietary is that the technology-stack draws its coding frameworks from a range of sectors including architecture, construction, and video-gaming to create true-to-life scale and accuracy, as well as the look and feel of our galleries,” she wrote.

Beside Itself also kicks off Hauser & Wirth’s longer term investment in VR in the form of ArtLab, a Los Angeles-based residency program that was conceived of in 2019. According to a press release ArtLab “will host a digital residency program at Hauser & Wirth Los Angeles for artists and their teams by invitation to enable them to connect with, and to explore, the full potential of the new technology.”

“Since COVID-19, the project has taken on greater meaning and urgency,” Berg wrote. “With so many in essential self-isolation, we accelerated the launch of ArtLab’s programs to engage as many people as possible through virtual reality exhibitions, allowing audiences to experience different local contexts without traveling and bringing us together while we are apart.”

ArtLab residencies last from a few weeks to several months. The timetable for the program to begin is contingent on the lifting of stay-at-home orders. 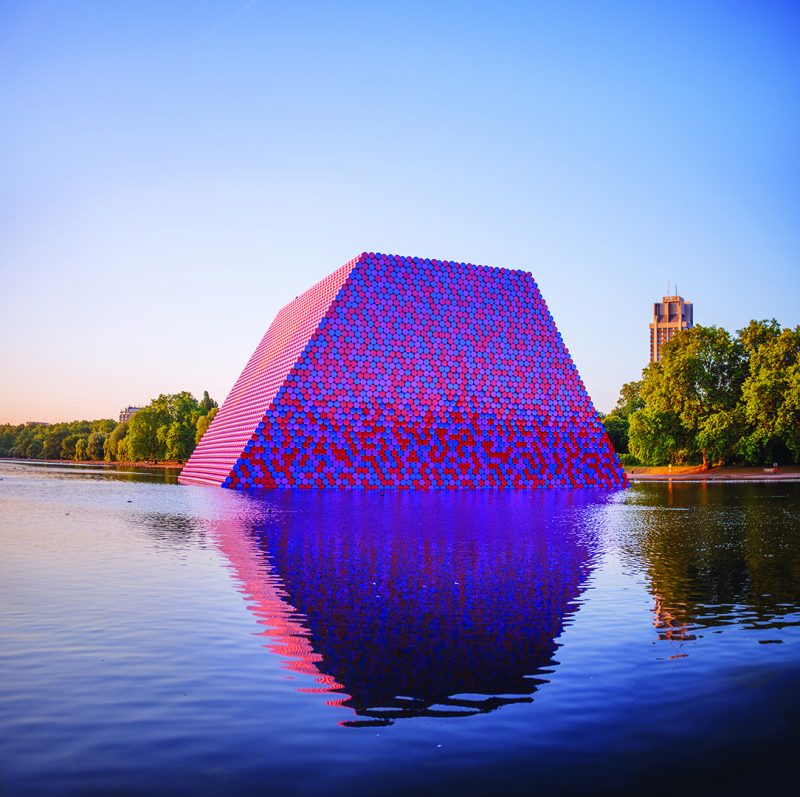 Christo and Jeanne Claude still from The London Mastaba 2016-18; courtesy of Acute Art

Berg wrote that ArtLab will also be accessible to artists who aren’t part of the gallery’s roster. This program in the long run may provide a unique way for the gallery to incubate new talent as well as foster technological innovations. Hauser & Wirth isn’t alone in providing tools for artists playing in the digital space.  Art Reality Studio is described as a Los Angeles non-profit public charity run by two former entertainment executives, Frank Masi and Brent Imai, that supplies artists with cutting-edge VR technology, gratis.

Art Reality Studio provided VR equipment to Los Angeles-based artist Joe Sola who recently debuted his VR piece Changing Room at the Honor Fraser gallery in Culver City. Sola wrote in an email that “VR is a tool that most closely mirrors the way my imagination works.” In Changing Room, viewers experienced a series of environments that include, according to Sola, a “collapsed image of O.J. (Simpson), comic violence, gender reassessment and fantastical calming landscapes.” Sola believes that the learning curve for VR  isn’t that steep and artists can come up to speed watching YouTube tutorials. “VR is a new and quickly evolving language, which was one of the big draws of this project.”

Providing a platform that allows artists to create with VR, AR, and MR (mixed reality) has been the goal of London-based Acute Art since 2017. Acute Art’s Daniel Birnbaum said in an interview with ArtNowLA that the organization’s aim is to continue the mission of Rauschenberg’s  E.A.T. program: “What happens if the most important artists of the moment get access to technology?” 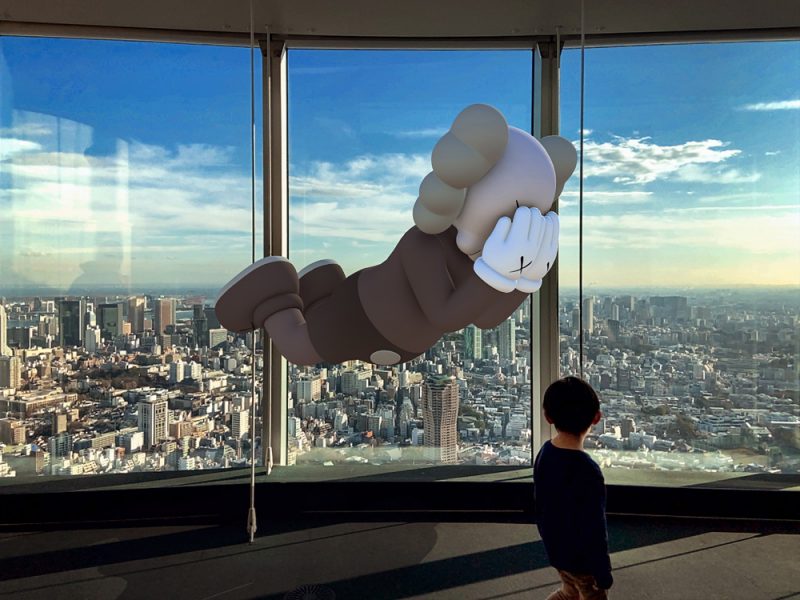 Acute Art often partners with artists and galleries to provide a digital experience to accompany exhibitions. But the attention they’re receiving these days is for those creations that exist in-app. The company recently released 12 augmented-reality versions of work by Brian Donnelly(a.k.a. Kaws.) Donnelly’s immensely popular COMPANION character is seen floating virtually above 11 cities across the globe in EXPANDED HOLIDAY. The AR experience is composed of Pokémon Go-style app creations that serve as a virtual rendering of the artist’s large-scale inflatable sculptures. “AR/VR represent the first new medium of the century,” Birnbaum said in an Instagram chat with Donnelly last week. “It’s a key given to artists to explore.”

But the app release wasn’t part of the original launch plan for distributing the art: Instead giant AR versions of COMPANION were to appear in public spaces around the world. This proved impossible when the lockdown began. The subsequent popularity of EXPANDED HOLIDAY prompted Birnbaum to hail Donnelly’s work as a breakthrough for the medium with “hundreds of thousands” of downloads. Donnelly wasn’t looking to be the poster boy for AR, but now the positive reaction has encouraged him to continue to do more with the technology. “The last thing I wanted to do was to try out a new medium and have it be gimmicky,”Donnelly said on Instagram. “The (AR) felt consistent with the work I was making and what I wanted to do.” 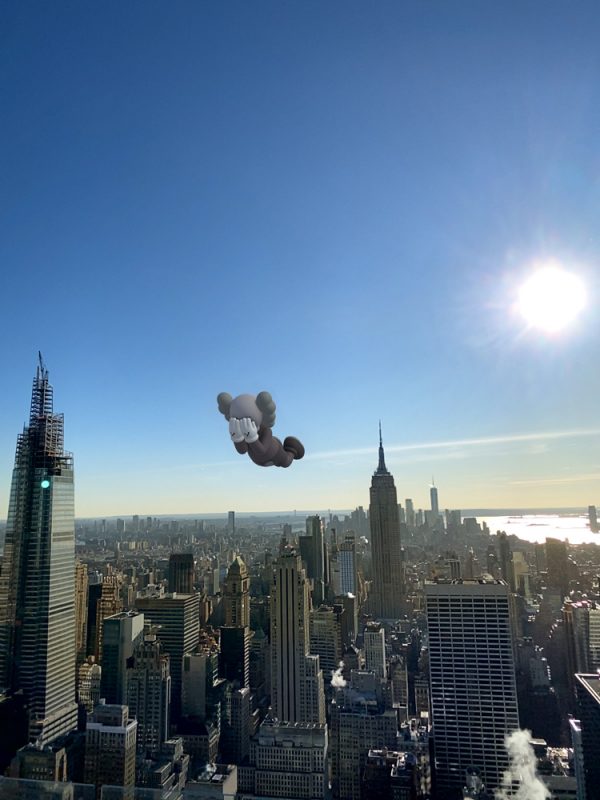 Separately, the organization’s Acute Art X app allows viewers to experience work such as Christo and Jean Claude’s The London Mastaba.  The app allows a bird’s eye view of the 7,506 barrels that were temporarily stacked horizontally on a floating platform in London’s Serpentine Lake. The ability for anyone with a smartphone to experience a piece of site specific art such as this shows the promise of VR/AR as a democratizing medium — if people know about it. Birnbaum said that the popularity of Kaws’ AR piece was fueled in part by the artist’s relationships with celebrities, who alerted their social media followers about the app.

Birnbaum said reaching a broad audience with advanced technology can be challenging, but he sees digital and in-person viewing of art to comfortably co-exist when the pandemic is over. He ponders whether the COVID-19 crisis has served as something of a dress rehearsal for the art world’s digital shift, particularly when it comes to international art fairs. “Does this mean it’s time to downscale and do less?” Birnbaum asks. “Is this not the moment for a different sort of art and distribution? For the global conversation, new technology can be used. This could be the beginning of an era where immersive technology transforms the institutional conversation. It just can’t be the way it was.”

Jane Greenstein is a Los Angeles-based freelance writer and content strategist who covers art and culture. She’s contributed to the Los Angeles Times, the Los Angeles Daily News and the Orange County Register. For more information, visit her website at janegreenstein.com/writing.