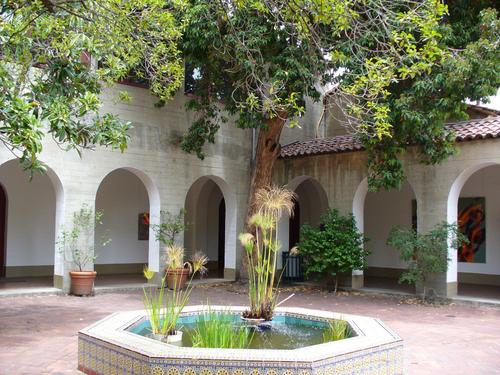 Contrary to previous reports in the media, The Board of Trustees of the San Francisco Art Institute (SFAI) confirmed this week that the school will continue to graduate students this spring and over the summer, and next school year offer on-site and on-line studio art classes, public education programs, and grant-supported exhibitions and conservation projects, suspending degree programs while launching a campaign to reset and reinvent the school’s business model.

An announcement four weeks ago that the school would not admit a new class of students in Fall 2020 generated rumors that the institution was closing after the current spring semester, but an outpouring of support and encouragement from potential partners and charitable organizations – along with protests by students, faculty, alumni and staff – convinced the Board to take extreme measures to keep SFAI open.

“Our doors are open and we will continue to fulfill SFAI’s mission while functioning in a leaner, more focused manner. We’ll use the year ahead to pursue strategic partnerships with other schools and embark on an accelerated campaign to raise philanthropic funds,” said Board Chair Pam Rorke Levy. “Our goal is to put SFAI on a firm financial footing, able to sustain itself moving forward.”

“As the year unfolds we’ll look at new platforms and new business models, and roll out programs as we reimagine them together,” said Chief Operating Officer Mark Kushner, who is co-leading SFAI with Chief Academic Officer Jennifer Rissler. “And consistent with SFAI’s history, artists will play an important role in driving the decisions we make as an institution.”

Merger talks with another San Francisco university were cut short earlier this spring by the COVID-19 epidemic, which forced SFAI to shutter its campuses and move all instruction online. Facing a precipitous drop in enrollment due to the epidemic, SFAI leadership announced it would limit its instructional programs for the coming school year, focusing instead on a limited number of degree classes, public and continuing education and grant-supported exhibitions.

As is happening at other colleges and arts organizations across the country impacted by COVID-19 closures, the cutback in programs at SFAI will result in layoffs of long-time staff and both tenured and adjunct faculty members. Additional cost-cutting moves include leasing out the school’s graduate campus at Fort Mason.

Levy said SFAI will return to merger/partnership discussions with other leading educational institutions in the fall, including suitors who have emerged since news of its financial straits broke last month, with the goal of building strong institutional backing and an economy of scale that will sustain continued operations moving forward beyond May 2021.

Fundraising efforts include two benefit auctions being hosted by Sotheby’s in June and November 2020, with works by Robert Mapplethorpe, SFAI Alumnus Don Ed Hardy, and Wayne Thiebaud, among others; and a series of public fundraising events and programs leading up to SFAI’s 150th anniversary in March 2021.

“We are overwhelmed with the support, encouragement and heartfelt love being expressed for this seminal institution,” added long-time Trustee and Development Chair Jeremy Stone, citing petitions and public declarations signed by hundreds of artists and art world leaders. “The arts community is turning out in force, offering to help us through this difficult time.”

Founded in 1871, SFAI is one of the country’s oldest and most prestigious institutions of higher education committed to the practice and study of contemporary art. SFAI fosters creativity and original thinking in an open, experimental, and interdisciplinary context, and has played a central role in many contemporary art movements including Abstract Expressionism, Bay Area Figuration, Color Field, California Funk, and the Mission School. Celebrated artists who have studied or taught at SFAI include Ansel Adams, Mark Rothko, David Park, Richard Diebenkorn, Jay DeFeo, Joan Brown, Barry McGee, Alicia McCarthy, and Kehinde Wiley. Other notable alumni include the photographer Annie Liebovitz and Academy Award-winning director Kathryn Bigelow.