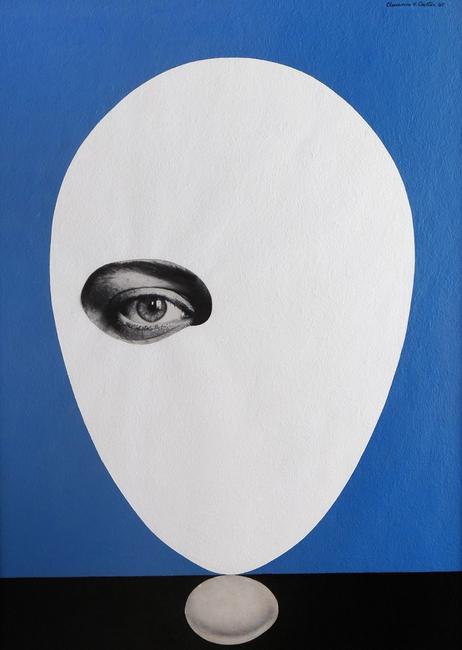 WOLFS in Cleveland, Ohio, presents Clarence Holbrook Carter: Metamorphosis of an American Surrealist, with over 200 works directly from the estate of the artist.

Clarence Holbrook Carter (American, 1904-2000), well-known for his large architectural paintings and symbolic landscapes, earned an early reputation as an esteemed painter of the American scene in the 1930’s and 1940’s. His drawings, watercolors and oils of rural America often depicted the stoicism and despair of the Depression era. What appears to be benign regional realism in Carter’s early work, often reveal layers of dark subtle social undertones upon further inspection.

“It is the mysterious and magical elements in life which have always captivated me,” said Carter.

Carter, a graduate of the Cleveland Institute of Art, enjoyed early success selling paintings to renowned museums and exhibiting regularly at well known galleries. His reputation earned him a professorship at the Carnegie Institute where he painted and taught for a number of years before being lured to the commercial world of Madison Avenue. Carter, who came from profoundly humble beginnings in Southern Ohio, achieved financial security in the very competitive and creative world of advertising, and not surprisingly emerged a more cerebral and inspired artist. Leaving behind his commercial career of the 40s and 50s and returning solely to his own work, Carter’s artistic practice began to fully crystallize.

One of Carter’s most impactful series, “Over and Above,” feature impossibly large scale creatures looming over high walls, looking down on the viewer and demanding a reexamination of our relationship to the natural world.

Throughout the 60’s and 70’s, Carter combines precisionism with a new ethereal language, often employing the ovoid or egg form to punctuate his sometimes large canvases. Carter’s iconic works from this period, and throughout the 80’s, fall into three mesmerizing groups – Mandalas, Transections and Eschatos.

At first glance, Carter’s artistic metamorphosis seems to drastically differ throughout the decades. However, upon taking a step back, we can see a common theme – the artist’s grappling with life, death, and the in-between. Whether grounded in austere landscapes or surrealist mindscapes, Carter often leaves the viewer holding their breath.

Clarence Holbrook Carter: Metamorphosis of an American Surrealist, opens online April 16, 2020. A fully illustrated catalog with essays by Dr. Marianne Berardi and the late James A. Michener accompanies the exhibition.