Frida Kahlo: Appearances Can Be Deceiving at the de Young 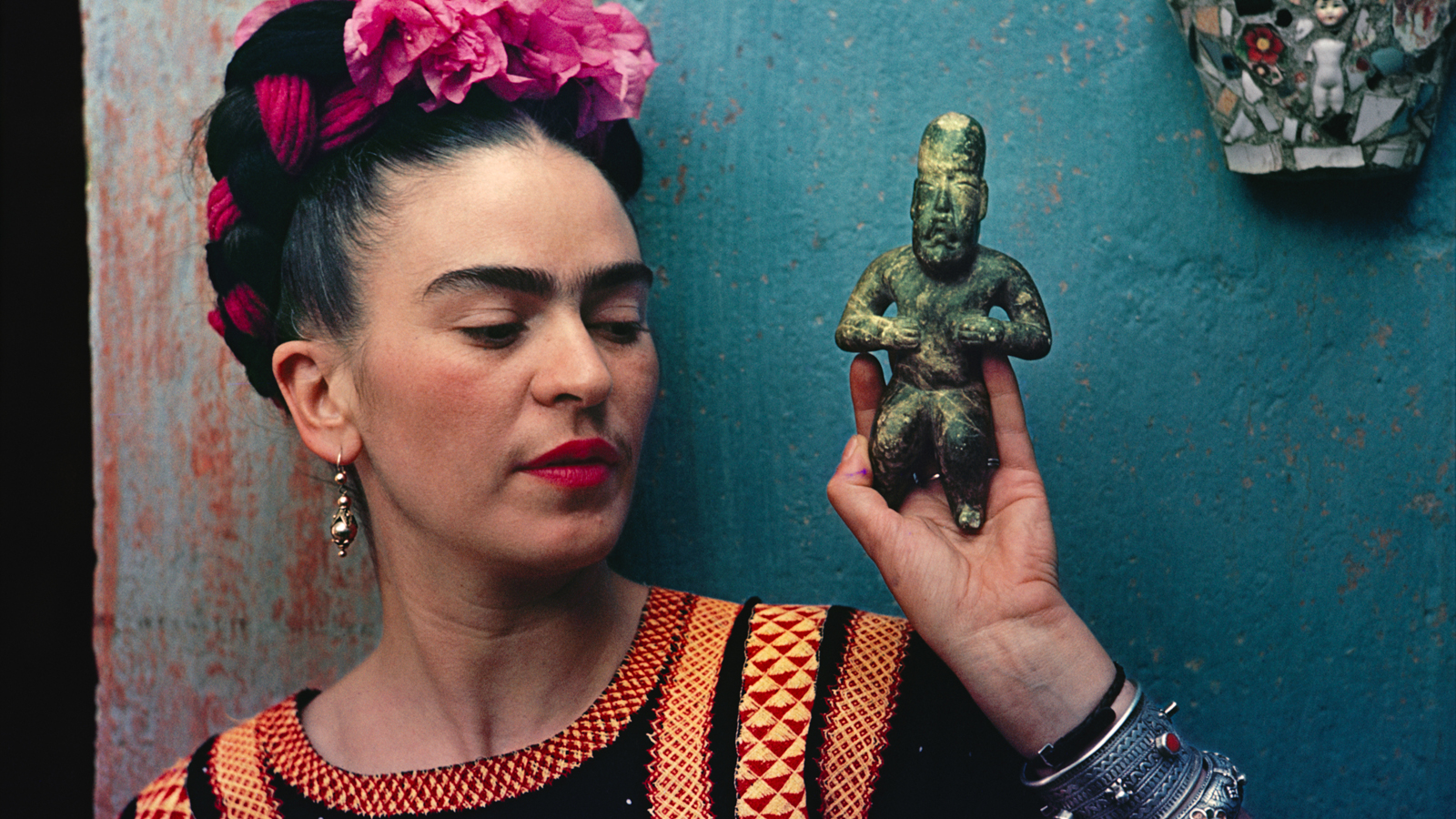 In 1930, Frida Kahlo left Mexico for the first time and traveled to San Francisco. This experience was deeply influential, shaping Kahlo’s self-fashioned identity and launching her artistic path. In Spring 2020, she returns to San Francisco with the intimate exhibition Frida Kahlo: Appearances Can Be Deceiving at the de Young museum. Offering a perspective on the iconic artist unknown to most, the exhibition reveals the ways in which politics, gender, disability, and national identity informed Kahlo’s life, art, and multifaceted creativity. Making its West Coast premiere, Frida Kahlo: Appearances Can Be Deceiving will feature a selection of Kahlo’s possessions from her lifelong home, La Casa Azul, now the Museo Frida Kahlo in Mexico City. Locked away following Kahlo’s passing in 1954, these poignant items were unsealed in 2004, fifty years after her death. The exhibition will present these personal belongings—including photographs, letters, jewelry, cosmetics, medical corsets, and exceptional garments—alongside 34 of Kahlo’s drawings, paintings, and a lithograph that span Kahlo’s entire adult life.

“Reinforcing our institution’s long-standing close ties to Mexico, we are infinitely honored and thrilled to present Frida Kahlo: Appearances Can Be Deceiving at the de Young museum,” states Thomas P. Campbell, Director and CEO of the Fine Arts Museums of San Francisco. “The landmark exhibition paints a multifaceted portrait of one of the most innovative artists of the 20th century; whose vivid work provides an important window into Mexican culture, and whose extraordinary persona continues to be a source of inspiration to so many”

Today, Kahlo is known for her distinctive personal style as much as for her extraordinary art. She took great care with her appearance and constructed her personal image as meticulously as her paintings. Her image, immortalized in her own self-portraits and through the lens of such photographers as Nickolas Muray, Imogen Cunningham, Edward Weston, Gisèle Freund, and Lola Álvarez Bravo, is now instantly recognizable. Since her death, Kahlo has become an icon, her likeness reproduced in books, murals, shopping bags, socks, and even a controversial Barbie doll by Mattel.

“The exhibition gives a very personal experience with deeply individualized objects on view. Kahlo never allowed her disabilities define her—she defined who she was in her own terms,” states Circe Henestrosa, guest curator of exhibition. “Kahlo decorated and painted her corsets, making them appear as though she had explicitly chosen to wear them. She included them in her art and in the construction of her style as an essential wardrobe item, almost as a second skin.”

Kahlo’s appearance was heavily influenced by her Mexican heritage and political beliefs. Her choice to wear Tehuana dresses reflected her deep and unwavering devotion to her home country. Her dress and other creative enterprises were also used to cover the physical and emotional traumas that shaped her life. At the age of six, Kahlo contracted polio, which left her bedbound for several months and also damaged her right leg. When she was 18, Kahlo was in a near-fatal bus accident that left her disabled, with a lifetime of medical complications and in chronic pain. In the exhibition, items such as Kahlo’s plaster and leather corsets, bespoke orthopedic shoes (designed to compensate for Kahlo’s shorter right leg), and prosthetic limb (made after her leg was amputated) bear witness to the compounded traumas that Kahlo endured. While Kahlo would style herself from head to toe to cover her disability, she explored and revealed her most intimate selves through the direct gaze of her art.

“Kahlo composed unique and meaningful sartorial ensembles and posed for photographers that captured her iconic persona—as evidenced by the colorful outfits and stunning photographs on view in this exhibition,” says Gannit Ankori, advising curator of the exhibition. “She hid her disabilities behind such mesmerizing facades as she performed the role of the flamboyant Mexican woman. But in her paintings and drawings, Kahlo deliberately exposed her struggles, traumas, and alternative ‘selves,’ even as she challenged social norms, gender conventions, and art historical traditions.”

While Kahlo is today known as an international icon and renowned painter, during her lifetime she was not as famous as her husband, the Mexican muralist Diego Rivera. It was in San Francisco that Kahlo began to cultivate her now-iconic Tehuana style and her identity as a painter.

“San Francisco had a deep impact on Frida Kahlo. While here, Kahlo saw people in our diverse city wearing their ethnic dress and, realizing the statement this made, began to develop her style as an expression of her mexicanidad,” explains Hillary Olcott, Associate Curator of the Arts of Africa, Oceania, and the Americas. “Kahlo loved San Francisco and her time here and elsewhere in the United States (or “Gringolandia,” as she called it) was formative and complex.”

This critically acclaimed exhibition originated at the Museo Frida Kahlo in Mexico City in 2012. It was further developed in the Victoria and Albert Museum in London in 2018 and made its American debut in Brooklyn Museum of Art in 2019. The presentation at the de Young features paintings and drawings from museums and private collections in the United States and Mexico. The majority of artworks are unique to this venue, including a selection of Kahlo’s drawings that are on public view for the first time and that highlight Kahlo’s time in San Francisco. The exhibition also features Mexican artworks from the permanent collection of the Fine Arts Museums of San Francisco, including pre-Hispanic sculptures and works on paper by Diego Rivera and David Alfaro Siqueiros.