Kavita Singh And Anne Sweeney Join Getty Board Of Trustees 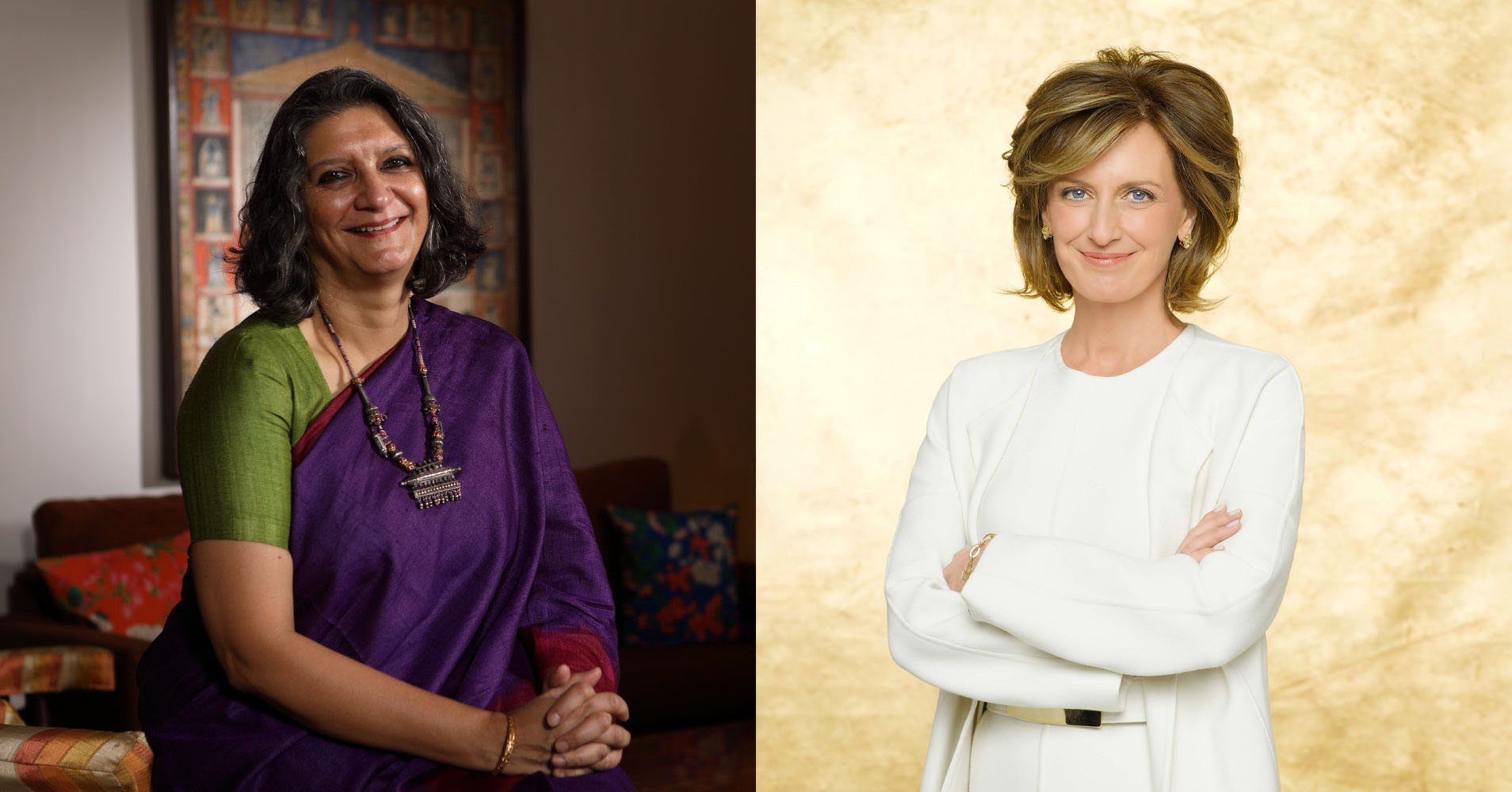 Art historian Kavita Singh and entertainment executive Anne Sweeney have joined the J. Paul Getty Trust Board of Trustees, the board announced today.

Kavita Singh is a professor of art history the School of Arts and Aesthetics of Jawaharlal Nehru University (JNU) in New Delhi, India.

Professor Singh specializes in the history of Indian painting, particularly the Mughal and Rajput schools, and the history and politics of museums, particularly in India. In 2018, she was awarded the Infosys Prize in Humanities “for her extraordinarily illuminating study of Mughal, Rajput and Deccan art as well as her insightful writing on the historical function and role of museums and their significance in the increasingly fraught and conflicted social world in which visual culture exists today.”

“We are delighted to welcome Professor Singh, a deeply insightful scholar of the role of museums in today’s world,” said James Cuno, president and CEO of the J. Paul Getty Trust. “Her leadership will be particularly important as Getty embarks upon Ancient Worlds Now: A Future for the Past and seeks to promote a greater understanding of the world’s cultural heritage and its universal value to society.”

Singh has published several essays on secularism and religiosity, fraught national identities, and the memorialization of difficult histories as they relate to museums in South Asia and beyond. She has curated exhibitions at the San Diego Museum of Art, the Devi Art Foundation, Jawaharlal Nehru University, and the National Museum of India. Volumes that she has edited and co-edited include Museum Storage and Meaning: Tales from the Crypt (Routledge 2017, with Mirjam Brusius) and Scent Upon a Southern Breeze (Marg 2018).

She received her MFA in 1987 from M.S. University, Baroda, and her PhD in 1996 from Panjab University. She has received fellowships and scholarships from the Getty Research Institute, the Sterling and Francine Clark Art Institute, Williams College, the Nehru Trust for the Indian Collections at the Victoria and Albert Museum, and the Asia Society in New York.

“I am honored to join such an important international arts institution, particularly as we embark upon this ambitious initiative focusing on the ancient world,” said Professor Singh. “As someone who studies culture, heritage, tradition, and how we decide what survives and why we should value it, I am eager to join Getty’s work at this critical juncture. The Getty has been at the forefront of thinking about art history’s role in a globalizing world.”

Sweeney has served on the Netflix Board of Directors since 2015 and has been a member of the Mayo Clinic Board of Trustees since 2016. She also served for 10 years on the Board of Advisers for the UCLA Anderson School of Management, stepping down earlier this year.

Prior to joining Disney in 1996, she was chairman and CEO of FX Networks, Inc., where she presided over the launch of two basic cable networks: entertainment-focused FX, and FXM: Movies from Fox, Hollywood’s first studio-based movie network.

She also served as chairman of the boards of Lifetime and A&E Networks and as a board member of Hulu.

“Anne has been deeply involved in the work of the Getty Conservation Institute since joining the GCI Council three years ago,” said Mr. Cuno. “I’m delighted she agreed to come onto the Board, and I look forward to Anne’s leadership and savvy as we communicate the work of Getty internationally.”

In addition to her work with the Getty Conservation Institute Council, she is an honorary chair of Cable Positive.

“I’m very pleased to join the Board of Trustees as we anticipate so many exciting projects around the world,” said Ms. Sweeney. “Having seen firsthand the transformational work the Getty Conservation Institute has undertaken, I’m eager to expand Getty’s impact.”