Lynda Benglis at the NGA Washington 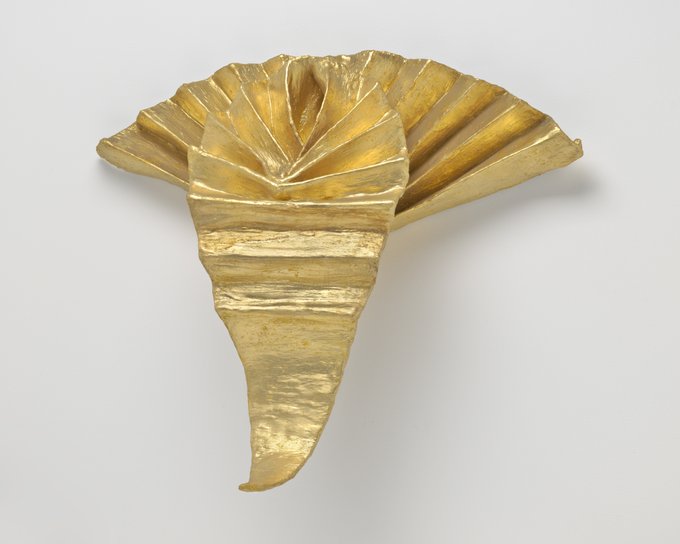 In the late 1960s, American artist Lynda Benglis (b. 1941) expanded the boundaries traditionally assigned to media and gender with her bold, physical, and tactile works. Since then, Benglis’s endless innovation has made her a critical figure who has bridged and influenced several generations of artists. An exhibition at the National Gallery of Art, Washington, brings together sculptures, paintings, drawings, prints, and videos by Benglis from the Gallery’s collection, many of which were gifts of Dorothy and Herbert Vogel that made the Gallery the largest public collection of the artist’s work. Made between 1966 and 2003, the 33 works reveal how Benglis has forged new forms by constantly exploring different techniques, materials, and mediums. The exhibition will be on view on the Mezzanine of the Gallery’s East Building from March 22, 2020, through January 24, 2021.

Since the start of her career, Benglis has made objects with a variety of malleable materials—like wax and molten metal—that transform from liquid to solid. Included in the exhibition are some of her earliest examples, such as 1st Wax Work (1966), in addition to later works like Jeantaud (1986). A selection of works on paper, an important material to Benglis since the 1970s, includes three large-scale watercolors from the early 1980s, ink drawings, and a mixed-media collage made during the artist’s first visit to India in 1979. Also on view is one of Benglis’s signature “sparkle knots” and several other sculptures made of pleated, shaped, and tied metal—and in the case of Moonglow Four (1985), sand-cast glass and phosphorescent pigment. One gallery screens three of Benglis’s pioneering videos from 1972 and 1973, among the earliest examples of investigative, self-reflexive artist videos.

“Over the past 50 years, Lynda Benglis has created a body of work that it is nearly impossible to define. What has remained consistent, though, is her daring approach to testing new materials, pushing against definitions, and always making something new,” said Kaywin Feldman, director, National Gallery of Art, Washington. “The Gallery is fortunate to have a broad collection of the innovative artist’s work, largely thanks to the generosity of her longtime supporters Dorothy and Herbert Vogel.”