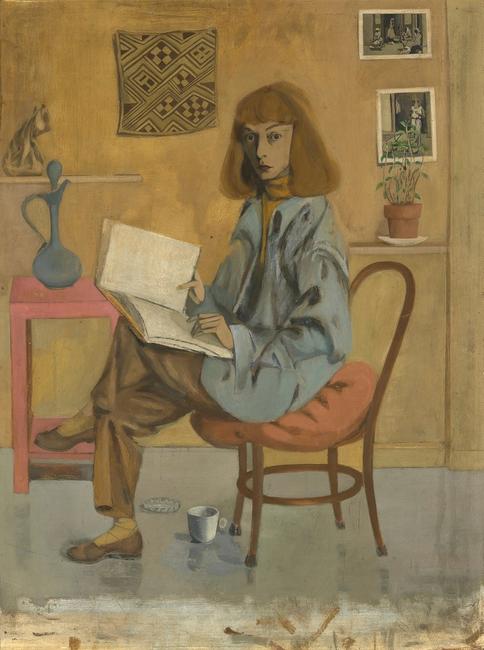 At a time when millions of selfies are posted every day and identity is proving to be more fluid, this exhibition from the Smithsonian’s National Portrait Gallery shines a new light on self-portraiture and representation.

The show was created to commemorate the National Portrait Gallery’s 50th anniversary, celebrating the artists who make the NPG Collection so extraordinary.

Eye to I brings together the work of major artists of the 20th and 21st centuries and kicks off its national tour at the Boca Raton Museum of Art with an indelible gallery experience sure to fascinate contemporary audiences. The powerful works are from every decade, starting in 1901 and continuing through 2015.

The premiere in South Florida of this traveling exhibition is different from the Smithsonian show that was previously on view in Washington, DC – all of the works on paper are new and were chosen especially for the national tour, as are several of the paintings.

“These artists looked inward in ways we can connect with in our modern time. They created a lasting mirror effect for future audiences that most of them could not have foreseen,” said Irvin Lippman, the executive director of the Boca Raton Museum of Art.

Lippman adds, “These artists steered self-portraiture away from the traditional poses of the past into new realms of self-reflection. Their self-depictions cut across time through multiple pathways of creating art that ring true today.”

Elaine de Kooning Self-Portrait. Oil on Masonite (1946). National Portrait Gallery, Smithsonian Institution
Eye to I showcases 60 works in a variety of styles and media ranging from caricatures to photographs, from colorful watercolors to dramatic paintings and time-based media.

The exhibition traces the process, from gazing into the mirror to looking into the camera; from painted and drawn surfaces to mechanical reproductions such as prints and photographs; from static forms to video.

Early works include: Edward Steichen, Edward Hopper, and composer George Gershwin, who was also a painter.