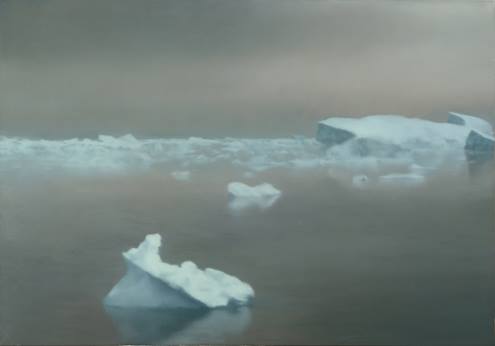 The Met Breuer has a major new loan exhibition devoted to the work of one of the most renowned artists of our time: Gerhard Richter (German, born Dresden 1932). On view at The Met Breuer from March 4 through July 5, 2020, Gerhard Richter: Painting After All will consider the entire span of the artist’s career through some 100 works including paintings, glass sculptures, prints, and photographs. Conceived in close collaboration with the artist, the exhibition will reveal Richter’s six decade-long preoccupation with the dual means of representation and abstraction, and his continual exploration of the material, conceptual, and historical implications of painting. This will be the first major U.S. survey on the artist in nearly 20 years.

“Gerhard Richter is one of the greatest artists of our time, and this momentous exhibition will present an incisive overview of his astonishingly diverse and deeply compelling practice,” said Max Hollein, Director of The Met. “In Richter’s work we can see a powerful reckoning with history and memory—on both collective and personal terms—and a demonstration of the ways that art can affect perception and challenge our perspectives. This show is sure to be a remarkable tour de force.”

Gerhard Richter: Painting After All will highlight two important recent series by the artist that serve as significant points of departure for the exhibition, and that emblematically lie at the heart of the two-floor installation: Cage (2006) and Birkenau (2014), both of which will be exhibited in the United States for the first time. Richter’s encounter with the only known photographs taken by prisoners inside the Nazi concentration camp led to the creation of the Birkenau series. The four paintings speak to Richter’s belief in painting as a powerful means to address the complex and often-difficult legacies of both personal and civic history. The six Cage paintings are key to understanding his lifelong preoccupation with abstraction through a different lens. In homage to the American composer and philosopher John Cage, whose innovative compositional techniques used chance as a way to “imitate nature,” Richter’s meticulous multi-layered paintings are based on similar principles of calculated incidents.

The exhibition will present works from different periods that bring into focus his specific and enduring interest in how paintings are conceived, produced, and situated within a historical lineage. Ranging from photo-based images to nonobjective compositions, Richter has tested the ability of art to reckon with personal history, collective memory, and identity, particularly in the context of post–World War II German society, and its ability to confront the aesthetic legacies of Euro-American modernisms through experimentation with painterly traditions and new modes of producing images.

This will be the first major exhibition in the United States on the work of Gerhard Richter in nearly twenty years. Installed across two floors of The Met Breuer, Gerhard Richter: Painting After All will feature several iconic works such as Uncle Rudi (1965), Betty (1977), and September (2005), and will also highlight many lesser-known works such as his early series Elbe (1957). Galleries devoted to cycles including the twelve paintings entitled Forest (1995), will provide an immersive experience. Finally, two new glass works Grey Mirrors (4 Parts) (2018) and House of Cards (5 Panes) (2020) will be debuted in the exhibition.

Following its presentation in New York, the exhibition will travel to the Museum of Contemporary Art in Los Angeles (August 15, 2020 – January 19, 2021).

Gerhard Richter: Painting After All will be the final major exhibition at The Met Breuer. Since 2016, The Met Breuer has received critical and public acclaim for its exhibitions program, which has been devoted to telling multiple histories of modernism from across the world, and oftentimes spanning several centuries, with exhibitions such as Like Life: Sculpture, Color, and the Body (1300-Now) and Unfinished: Thoughts Left Visible, and important solo exhibitions of artists, including Diane Arbus, Siah Armajani, Vija Celmins, Lucio Fontana, Kerry James Marshall, Marisa Merz, Nasreen Mohamedi, Mrinalini Mukherjee, Lygia Pape, and Jack Whitten.