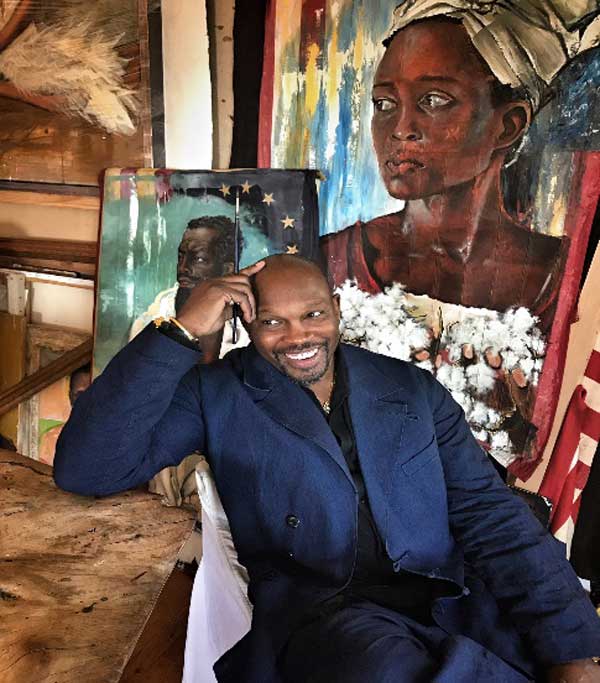 The Tohoku Tourism Promotion Organization will present a kick-off reception at 2121 E. 7th Place, M101, Los Angeles, CA. 90021 for Chaz Journals Tohoku, a vivid exploration of images that capture the essence of Northern Japan. The Exhibition will be featured through February 29th. This exhibition will showcase the exquisite works of acclaimed artist Chaz Guest, along with various products from the northern region of Japan highlighting the beauty and spirit of the culture.

Guests’ work has been exhibited worldwide. He is well-known for his portrait of Supreme Court Justice Thurgood Marshall, which was acquired by then Senator Barack Obama. It hung in the Oval Office during his presidency and is now part of the private collection of the Obamas. Additional owners of his exquisite works include U.S. Ambassador Michael Lawson [w. Mattie McFadden Lawson], Oprah Winfrey, Angelina Jolie, Tyler Perry, Philanthropist Richard, and Laura Parsons and Netflix Executive Ted Sarandos [w. Nicole Avant], to name a few! His works have also been showcased by the Visual Artist Group, Alitash Kebede Fine Art and Patrick Painter Contemporary Art. Additional collectors include Beth Rudin DeWoody and the late Television Executive and avid Art Collector, Blake Byrne.

Born in 1961in Niagara Falls, NY, Chaz is an American painter and sculptor of profound inventiveness capturing the raw essence reflection of the universal human spirit. Blessed with gifts of realizing his richly textured visions and tapping into their vibrant essence, Guest leaves those who encounter his works moved in powerfully personal ways. From his acclaimed “Cotton Series” paintings of enslaved African Americans rendered on 100% pure Georgia cotton flags to his latest graphic novel creation Buffalo Warrior, currently in development for a major motion picture. Guest captures light energy and life legacy in his works. The catalyst of his art lies in how Guest injects purity and excellence throughout. “I trust my voice,” Guest states. “I have a story to express for humanity.”