“What the Constitution Means To Me”
Schooled By Heidi Schreck 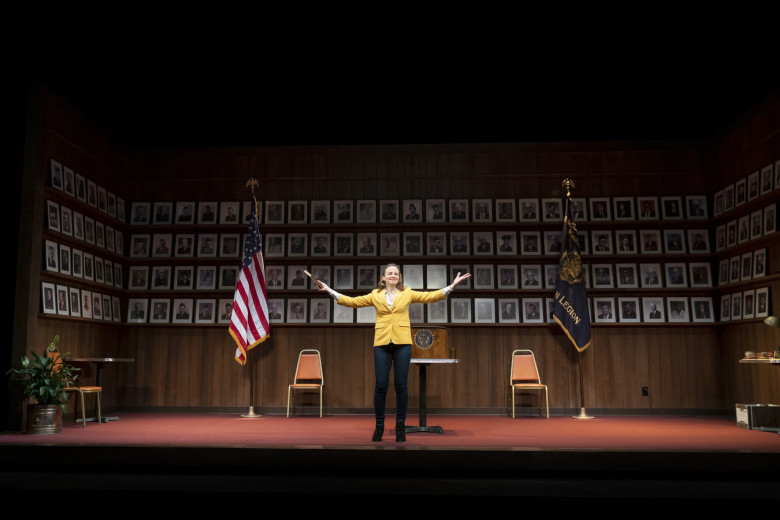 What the Constitution Means to Me

Who knew the Constitution could be such a laugh riot? Okay, so if it’s not exactly a guffaw-inducing extravaganza, it does provide an evening of theater that is particularly relevant today, albeit with a strong bent towards feminism. As scripted by Heidi Schreck, What the Constitution Means to Me, which was named a Pulitzer Prize finalist and received two Tony Award nominations for its 24-week Broadway run in 2019, the play is at the Mark Taper Forum through February 28. (Click here for more information and tickets.) Starring Maria Dizzia as Schreck and directed by Oliver Butler, the piece has been, well, amended for Los Angeles, but is still the story of a 15-year old Heidi earning her college tuition by winning Constitutional debate competitions across the United States. The play, by breathing new life into the Constitution, imagines how it might shape the next generation of Americans. (We’re just hoping that it’s upheld during the Trump impeachment trial, but that’s another story.) Dizzia brings power and energy to the forty-something Schreck, as well as her teen self, on a Rachel Hauck-designed set meant to be an American Legion hall in the playwright’s hometown of Wenatchee, Washington. Tracing the relationship between four generations of women and the founding document that shaped their lives, Dizzia/Schreck spells out how their bodies have been abused by laws and the male-heavy courts reading of same. In other words, we may have come somewhat of a long way, but we have a helluva lot further to go. (A voice-over of the late Justice Antonin Scalia nattering on about the word ‘shall’ in Castle Rock vs. Gonzales still resonates today.) With the accent on female empowerment – or woeful lack thereof – a real-life 15-year old, Rosdely Ciprian (she alternates with Jocelyn Shek), takes part in a live debate at the play’s end, something that seemed a tad contrived, but with the Constitution, thankfully, ultimately assured its place as the touchstone of our democracy. At 100-intermissionless minutes, the play could use some trimming: Hello, Mike Iveson, the debate moderator, who also weirdly delivers a monologue about coming out gay. We get it! And each of us also got our own pocket constitution to remind ourselves of the power this living document retains, even in these often precarious times.

Victoria Looseleaf is an award-winning arts journalist who has been a regular contributor to the Los Angeles Times, the New York Times, KCET Artbound and other outlets. In addition, she covers arts festivals around the world, filing datelines from cultural hot spots that include Berlin and Abu Dhabi. Her feminist novella in verse, “Isn’t It Rich?” is being adapted for the stage and her new book, “Russ & Iggy’s Art Alphabet,” is available at Amazon.