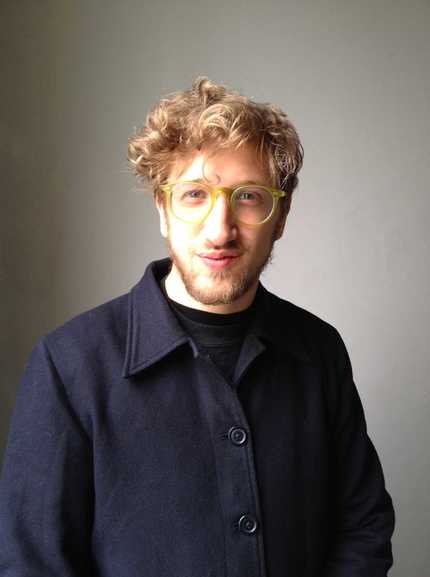 The Philadelphia Museum of Art and the Fondazione Sandretto Re Rebaudengo has announced that Lawrence Abu Hamdan has been awarded the 2022 Future Fields Commission in Time-Based Media. This is the third in an ongoing series of commissions offered jointly by the two institutions to support the creation, production, and acquisition of new work by international artists working in the expanding fields of video, film, performance, and sound. Abu Hamdan has received many accolades and a number of commissions throughout Europe, the Middle East, and the United States. This project, in particular, stands as a singular and significant opportunity that will enable the artist to further develop, refine, and expand his growing practice and the subjects with which he works.

Lawrence Abu Hamdan (Lebanese/British, born in Amman 1985) lives and works in Beirut. His work is distinguished by the ways in which he experiments with voice and sound to create complex political narratives. In these he employs surveillance technologies and archival materials to explore the juridical implications of listening and the role of sound as a tool to silence, suppress, and resist. Combining science, journalism, a commitment to social justice, and art, Abu Hamdan’s aural investigations have served as evidence at the UK Asylum and Immigration Tribunal and advocacy for organizations such as Amnesty International. His research has also contributed to the work of the multidisciplinary research group Forensic Architecture.

For the Future Fields Commission, Abu Hamdan has proposed an installation, tentatively titled How to Hear Impossible Speech: Lessons from the Division of Perceptual Studies, which aims to expand our understanding of testimony and witness through narratives of reincarnation—a belief in the transmigration of the soul from one life to the next. Though distinct from the artist’s more widely known acoustic investigations, this commission will maintain a focus on ideas of resonance as Abu Hamdan charts the transmigration of speech, not through walls, but across time, bodies, and complex histories of unrest, subjugation, and colonization.

Abu Hamdan is developing the commission in close consultation with Amanda Sroka, the Museum’s Assistant Curator of Contemporary Art, as well as Irene Calderoni, Curator at the Fondazione. The work will premiere at the Philadelphia Museum of Art in spring 2022 and the Fondazione Sandretto Re Rebaudengo in Turin during the following winter. It will be jointly acquired by the two institutions.

Timothy Rub, The George D. Widener Director and CEO, Philadelphia Museum of Art, stated: “Lawrence Abu Hamdan has emerged as a powerful voice in contemporary art, and in this regard, he is the perfect choice for our Future Fields Commission. We look forward to the realization of his provocative project proposal, and are delighted both to partner once again with the Fondazione Sandretto Re Rebaudengo, and to share the outcome of our collaborations with visitors.”

Carlos Basualdo, The Keith L. and Katherine Sachs Senior Curator of Contemporary Art, said, “Future Fields is an extraordinary tool to explore contemporary art exactly where it is most vital, in the works of a new generation of artists, across the globe, developing new forms of visual production. We are delighted that Lawrence Abu Hamdan has accepted to be part of the already notable roster of artists that have received the commission.”

Patrizia Sandretto Re Rebaudengo, President of the Fondazione Sandretto Re Rebaudengo, said: “We strongly believe that institutions today have a responsibility to support and foster art practices that are imaginative, daring, and committed, and Future Fields offers us a significant international platform to fulfil this aim. Lawrence Abu Hamdan is one of the most significant and innovative figures of his generation and we look forward to working with him on this ambitious project.”

The commission followed a nomination process in which an invited group of leading curators, writers, and critics from around the world were asked to submit artists’ names for consideration by the curatorial teams at the Museum and the Fondazione. The selection of Lawrence Abu Hamdan resulted from submissions provided by Ruth Estevez, Senior Curator-at-Large of Rose Art Museum in Waltham, Massachusetts and Curator 34th Sao Paolo Biennale; Myriam Ben Salah, curator, writer and Editor-at-Large of Kaleidoscope Magazine; Polly Staple, Director of Collection, British Art, Tate, London; and Zasha Colah, an Indian curator and lecturer at NABA (Nuova Accademia di Belle Arti) Milan as well as co-founder of black rice in Tuensang and Clark House Initiative in Mumbai.

Commenting on his selection for the commission, the artist said: “I am really looking forward to working on this commission with such supportive institutions, such impressive exhibition spaces, and such smart and precise curators, Amanda Sroka and Irene Calderoni. I am grateful to all those who have worked to make this possible and who continue to support the production of time-based media. I hope I can live up to the great work of previous recipients, Martine Syms and Rachel Rose.”

The Philadelphia Museum of Art and the Fondazione Sandretto Re Rebaudengo together established The Future Fields Commission in Time-Based Media in 2016, awarding each recipient $125,000 for the production of the newly commissioned work. Its first recipient was Rachel Rose, whose inaugural project, Rachel Rose: Wil-o-Wisp, was presented at the two institutions in 2018–19, accompanied by an illustrated catalogue. Martine Syms was the second recipient, and her exhibition