Shirin Neshat: ‘I Will Greet the Sun Again’
A Testament to a Sustained Celebration of Culture 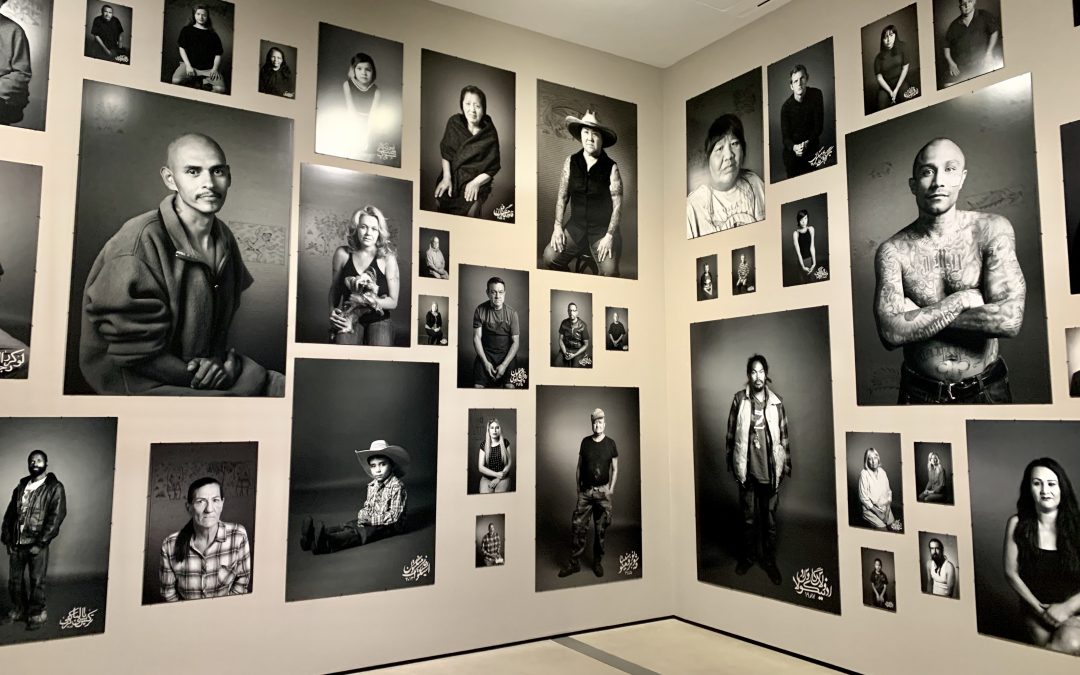 I Will Greet the Sun Again

On current display at The Broad Museum is a survey exhibition of the works of Iranian contemporary artist Shirin Neshat. A ticketed event, the show stands out: Neshat’s often black-and-white reflections of an Iranian diaspora are, after all, being displayed in the home of a brightly-colored canonical collection. Curator Ed Schad worked closely with the artist in planning this exhibition – and it shows. The show’s metaphorical title is the name of a poem by acclaimed Iranian poet Forough Farrokhzad, which, like other selections of Iranian poetry, guides the exhibition. With works spaced several feet apart and at eye-level, the display is a confrontational attempt at personal conversation with a dense amount of emotional information. Arranged from right to left, the exhibition is itself organized like the Farsi language. The emphasis on language continues on the walls beside the artwork, with viewers immediately being met with Farrokhzad’s poem in both English and Farsi. The arrangement of charged prints only digresses in the dark rooms where video installations are arranged salon style. Focused on shifting politics across borders, these rooms are appropriately overwhelming considering the show’s emphasis on the vast generational and geographical scopes of political unrest that exist today. The show’s didactic material relies on Neshat’s own perspective as an Iranian woman in exile, often quoting her or the poems she references and transcribes onto her works. These poems present edon the gallery walls were, notably, newly translated specifically for this exhibition. Those familiar with Neshat ‘s work will recognize her nuanced meditations on personal and religious identity, while the Women of Allah photographs feature portraits of veiled women with layers of calligraphy. Neshat’s video works are also on view, including Passage (2002), which seeks also to explore the experience of women in Islam. Large, referential, and moving photographic installations such as The Book of Kings, tie contemporary Iranian history to stories from its past. Inspired by eleventh-century Persian poet Ferdowsi’s Shahnameh, Neshat’s black and white installation of three parts – Masses, Patriots, and Villains – reflects on the Arab Spring and the Iranian Green Movement, during which hundreds of thousands congregated across Iran to protest the regime.

The new and never-before-seen Land of Dreams is also featured. The series ties together photographs and videos, and, as Neshat told artnet News, is “directly related to the social and political realities of the United States…both in respect to immigrants and Americans. The final room, in that vein, seems meant to synthesize the exhibition and relevatize it through portraits of asylum seekers in the United States, reflected in The Broad’s statement of the exhibition’s goal “to reflect on universal concerns of gender, political borders and rootedness…at a turbulent time of highly charged civic discourse around immigration and nationalism.” Several events have also been happening in conjunction with the exhibition, some which have already taken place. Others, like upcoming installments of the Logic of Poetry and Dreams series, feature artists and poets across a wide range of media reflecting on Neshat’s work in the same galleries it is being displayed. The exhibition prompts some visitors to tap into nostalgia and others to contemplate through Neshat’s visually arresting materials, religion, life in exile, and sociopolitical curiosity during a time of tumult in the Middle East. The exhibition offers advocacy, visibility, and increased agency for immigrants, people from, in or near the Middle East, or anyone who feels they exist at the intersection of multiple worlds. The museum’s vast collection has for decades owned Neshat’s work. Though temporary, the exhibition – a survey of work that gives the stories of the marginalized and displaced a place to live – is a testament to a sustained celebration of culture.

Images courtesy of the author