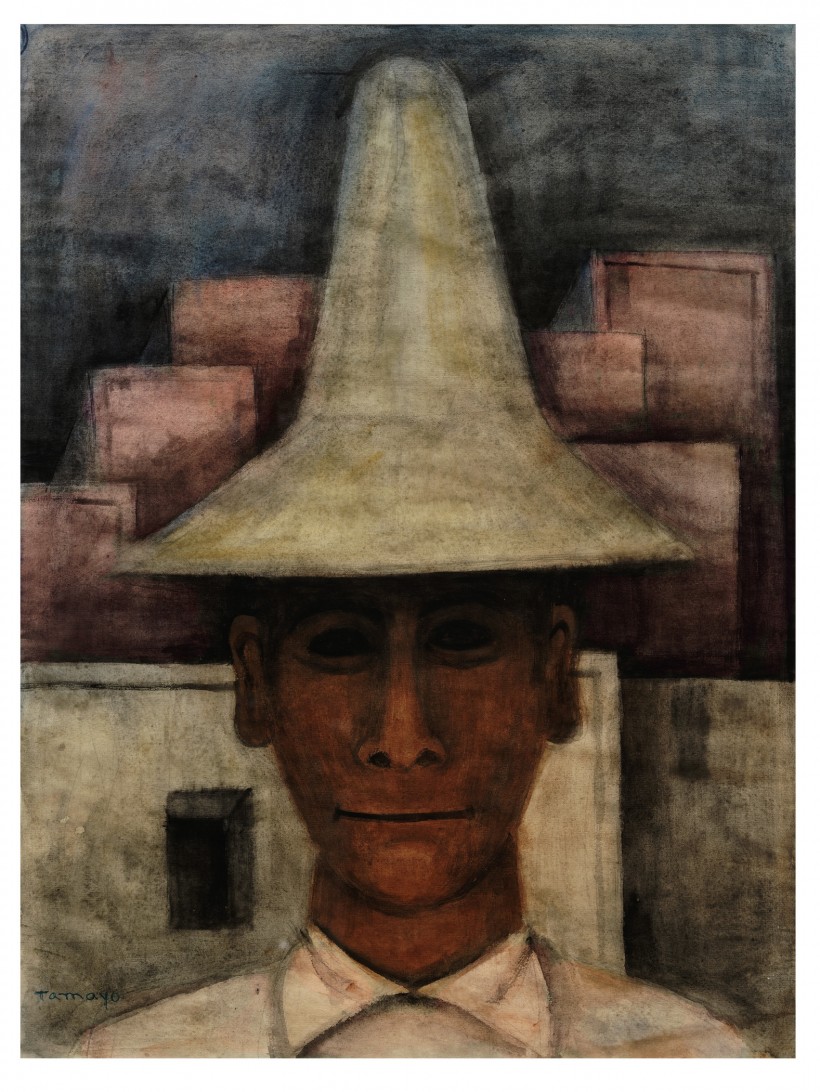 The Los Angeles County Museum of Art (LACMA) presents Rufino Tamayo: Innovation and Experimentation. Rufino Tamayo (1899–1991) was a leading Mexican artist of the 20th century who achieved international acclaim. Though he was known primarily for his paintings and murals, he also created a robust body of works on paper, which provided an important avenue for formal and technical innovation. Drawn exclusively from LACMA’s holdings, the exhibition highlights Tamayo’s engagement with printmaking and also includes a selection of Mesoamerican sculpture (an important source of inspiration for the artist) from the museum’s collection. Spanning over 60 years of his prolific career, Rufino Tamayo: Innovation and Experimentation focuses on Tamayo’s longstanding interest in prints as a means of exploring new techniques and furthering experimentation. On view December 21, 2019–July 11, 2020, the exhibition is presented at LACMA’s art gallery at Charles White Elementary School. The exhibition is curated by Rachel Kaplan, LACMA’s assistant curator of Latin American art.

As part of the exhibition, Los Angeles-based artist Raul Baltazar will be working with the Charles White Elementary School students on a collaborative art installation inspired by Tamayo’s artwork. The installation will be a work in progress through the end of the 2019–20 school year. Baltazar is an alumnus of Otis College of Art and Design, formerly located at what is now Charles White Elementary School.

Tamayo was perhaps best known as a painter and muralist; however, he was also deeply interested in experimenting with prints and finding a way to add volume and texture to a traditionally two-dimensional medium. A unifying thread is Tamayo’s depictions of the human figure, which became progressively more abstract as he developed what he described as a universal art. Drawn exclusively from LACMA’s collection, the exhibition features 20 works on paper by Tamayo—including two watercolors and 18 prints—and five Mesoamerican sculptures.

Tamayo actively collected art from the ancient Americas. He amassed more than 1,300 Mesoamerican works, which now belong to the Museo de Arte Prehispánico de México Rufino Tamayo in Oaxaca. The exhibition features five comparable objects from LACMA’s collection, demonstrating the artist’s fascination with this material throughout his long career.

An introductory gallery provides a brief overview of Tamayo’s career, spanning early woodcuts from the 1920s to his large mural size print Two Personages Attacked by Dogs (1983). The works in this section highlight his relationship with the Mexican mural movement, his Zapotec heritage, and his initial engagement with printmaking. A small selection of Mesoamerican figurines, similar to those that were a source of formal inspiration for Tamayo’s art, are also featured.

Throughout his career, Tamayo created over 350 prints, collaborating with workshops in the United States, Mexico, and Europe as he achieved increasing international acclaim. He developed a relationship with Los Angeles, first through a residency at Tamarind Lithography Workshop and later through the Taller de Gráfica Mexicana, which relocated from Mexico City to Los Angeles as the Mixografía Workshop Gallery in the early 1980s. Works in these galleries focus on his exploration of various print processes, leading to his collaboration with the Taller de Gráfica Mexicana and the development of Mixografía technique. Digital photographs and a video projection provide a behind-the-scenes look at the making of Tamayo’s Mixografía prints.