‘Rina Banerjee: Make Me a Summary of the World’ Retrospective Travels to Fowler Museum at UCLA 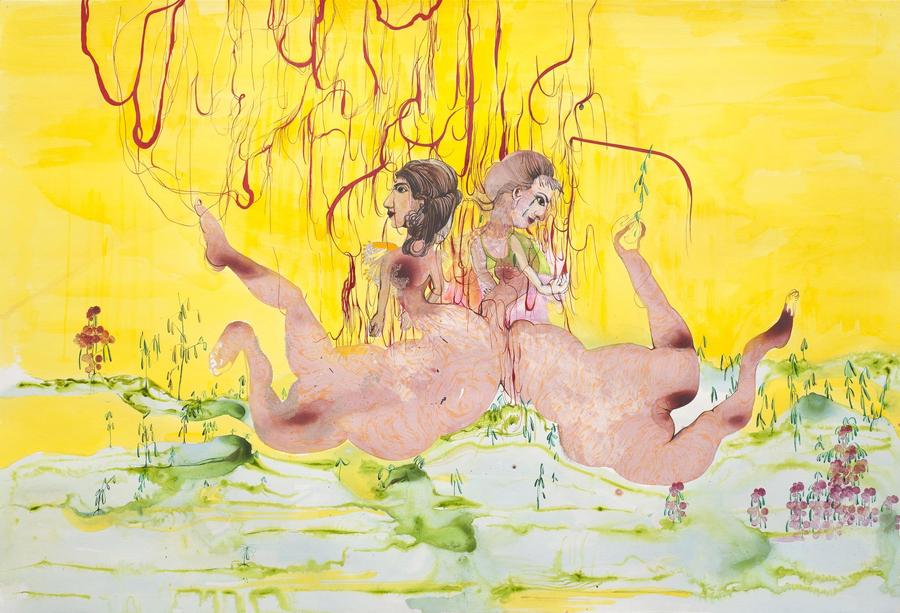 The Fowler Museum at UCLA presents Rina Banerjee: Make Me a Summary of the World, the artist’s first mid-career retrospective that brings together her sprawling installations, exquisitely crafted sculptures, and ethereal paintings. The exhibition offers an opportunity to experience almost 20 years of Banerjee’s work, including a re-creation of her installations from the 2000 Whitney Biennial and 2017 Prospect New Orleans, as well as a selection of sculptures featured in the 2017 Venice Biennale, Viva Arte Viva.

Banerjee is a voracious gatherer of things. In a single sculpture, one can find African jewelry, a Chinese feather fan, Italian Murano glass, Japanese and Korean fabrics, and South Asian antiques, all joined together in conversation and conflict. Through her assemblages, she makes visible the transnational movement of people, objects, and ideas, an approach and aesthetic greatly influenced by her own global trajectory. Banerjee was born in India, immigrated to London as a young child, and then, at age 7, moved with her family to the United States, which has been her home ever since. Since 2000, she has lived and worked in New York. Today, Banerjee is considered one of the most important artists of North America’s post-colonial Indian diaspora.

“Although Banerjee has exhibited extensively in Europe and South Asia, this critically acclaimed retrospective, which premiered at the Pennsylvania Academy of the Fine Arts in 2018, gives her original, vibrant, and provocative multi-media oeuvre the spotlight it deserves in the U.S.,” said Marla C. Berns, Shirley & Ralph Shapiro Director of the Fowler.

“Banerjee’s art resonates with the Fowler’s mission, rejecting the idea that identity is based on one culture or gender. Instead, she embraces a multiplicity of experiences and a constant dance of negotiation and adaptation. This is reflected in her riotous use of color and discordant materials, which make her work beautiful and unsettling at the same time,” Fowler said.

Rather than progressing chronologically, the exhibition is modeled on Banerjee’s own non-linear practice. Within the Fowler’s exhibition space, large installations serve as focal points for exploring overlapping themes that coincide with important issues of our time: colonialism and globalism; immigration and identity; gender and sexuality; climate change and the natural world. Several of Banerjee’s mixed media sculptures are situated in other museum spaces, where they instigate dialogues with objects in the Fowler’s collection.

In Make Me a Summary of the World, Banerjee acts as our guide to a new adventure, revealing her version of the world while asking that as travelers, we bring our own associations and experiences to the journey. At a time of increasingly factious politics and instability, Banerjee’s reflections on the splintered experience of immigration and the tangled inequities of our globally connected world feel ever more vital. At the same time, the artist’s long and poetic titles with idiosyncratic spellings resist the worldwide domination of the English language.

“For 20 years, Rina has been using her work to disrupt conventional notions of identity, delving into the complex territory of cultural fragmentation and self-identification, which makes her an important voice today,” said exhibition co-curators, Jodi Throckmorton, Curator of Contemporary Art at the Pennsylvania Academy of the Fine Arts, and Lauren Schell Dickens, Curator at the San José Museum of Art. “We’re particularly excited to see her retrospective travel to the Fowler Museum at UCLA, located within a region that is home to so many diasporic groups.”