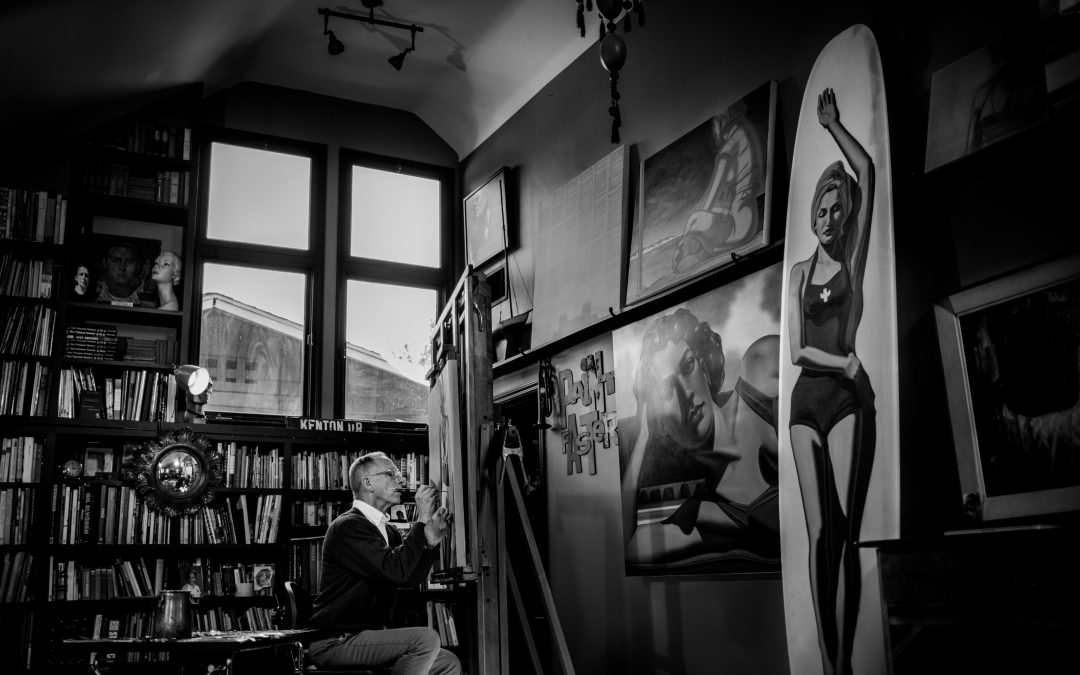 Pasadena born and raised, 65-year old autodidactic artist Kenton Nelson – a regular contributor to New Yorker covers and whose works can be described as “eroticism meets the Works Progress Administration, albeit with a joyful spirit,” and are also found in museums such as Vienna’s Albertina, as well as collected by Hollywood luminaries, including Steve Martin and Diane Keaton – plumbs his own psychological depths only to discover what makes him love work and life.

What historical art figure would you like to have lunch with and why? It would be Grant Wood, because he has a distinct artistic voice that is distinctly American and at the time [his art] was flying in the face of Modernism. I loved that he knew who he was and did what he did, but I also love Tom Benton for the same thing – Edward Hopper for the same thing. Those guys believed in themselves and did what they did best. 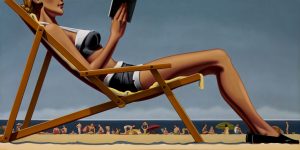 What did you purchase with the proceeds from your first sale? Other peoples’ art and then we started our art collection. I felt so fortunate to have sold paintings and I thought that with every show we would try and buy a piece of art work. 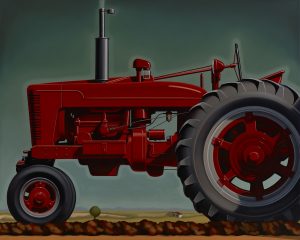 What words or phrases do you overuse? I often will say, ‘I’m a guy and I have three moving parts.’ I just realized it’s simple. I’m not a real complex individual. This also keeps others’ expectations low. 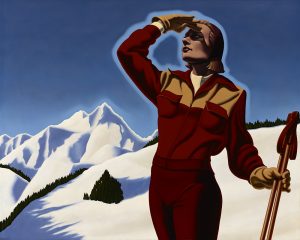 How do you know when a work is finished? When I can’t improve it anymore. I did advertising and commercial art for my first 20 years. I just didn’t want to do anyone else’s ideas. That said, the problem with finished work is I’ll look at it six months later, and if we’re doing our job correctly, I think if we’re growing in our craft and looking at our work with a critical eye, there will always be room for improvement.

When and where were you happiest? I would say right now – in my studio, with my family, absolutely. 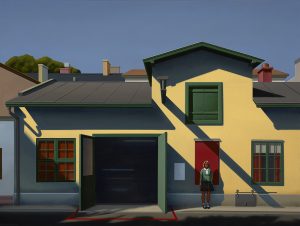 What’s your most treasured possession? My wife’s a silversmith and over the years she’s made some really beautiful things for me. I got to think about it, even with our painting collection, but those are the most precious things I have. 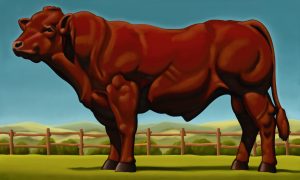 What’s the worst survival job you’ve ever had? When graphic design was transitioning to computers and desktop publishing was making my income disappear – it was 25% of what it was the year before – and I was starting to paint but I needed to make money and I let a client stand over my shoulder and tell me what to do on a design job. He was an arrogant idiot. It was terrible. It was the worst job and prostitution at best, but I just needed the money at the time. Every independent artist experiences this at one time or another and you grit your teeth to get this thing off the ground so badly that you just do it.

What TV series from your youth best describes your approach to life? I loved the Dick Van Dyke Show. He’s a happy guy with a wonderful, beautiful talented wife and a smart kid and he’s surrounded by artistic friends. 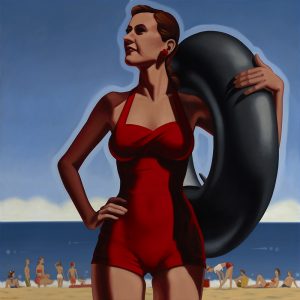 If you could change one thing about yourself, what would it be? I’d like to have a better memory. I’ve just been not good with names, I’m terrible that way. I have these friends who can walk in a roomful of 200 people and I marvel at that – when they can name every single one of them.

What is your most treasured memory? Starting to paint when I was 40. I was living lean and simply and just dedicating myself to learning how to do this. 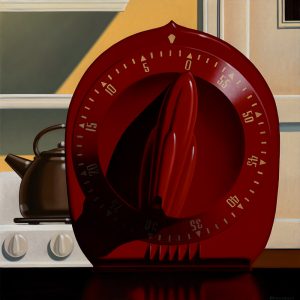 What makes you smile? I would say just about everything. I’m generally a really happy person. As I get older I realize the things in our culture, what they deem important is usually silly stuff. People and friendships matter. If I keep my head buried in the sand I tend to stay happy. It makes me appreciate my friends and family and my world because I just want to check out of the nonsense. The news is too depressing. If it bleeds it leads; it’s sensationalistic junk. I can do just fine without it.

What makes you cry? Usually the things centered around the deep and profound love of family and friends. I lost a lot of family members and it’s really heartfelt stuff. 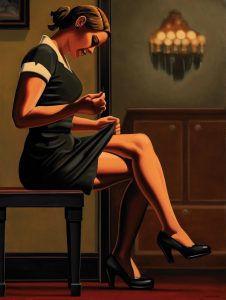 What is your go-to drink when you toast to a sale? It used to be a dirty martini and I’ll still have one occasionally, but now it’s Champagne – all in moderation.

After an all-nighter, what’s your breakfast of champions? Coffee, eggs, bacon, toast and preserves, always. 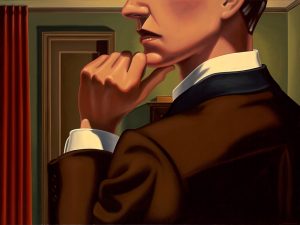 What is your current state of mind? I feel very fortunate and thankful for where I am and what I’m doing every day. I lost my brother, he was a couple of years older – last year – and I lost my younger brother eight years ago. That sure adjusts a person’s perspective. I feel thankful every morning I wake up on this side of the soil.

What do you consider your greatest achievement? This year they dedicated a room to my art work at the Albertina Museum in Vienna. It’s permanent. I couldn’t believe it. They’ve been collecting the work over the years and they got such a good response to the work that they bought a few more pieces this last year and dedicated a room. 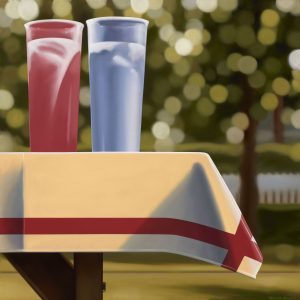 If you were to die and come back as a person or thing, what would it be? An intellectual baby, having an entire lifetime ahead of me with the wisdom of the ages. I wouldn’t have taken school and what other people think so seriously. 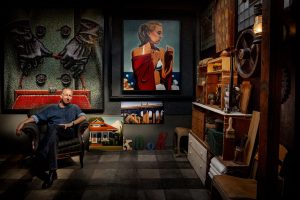