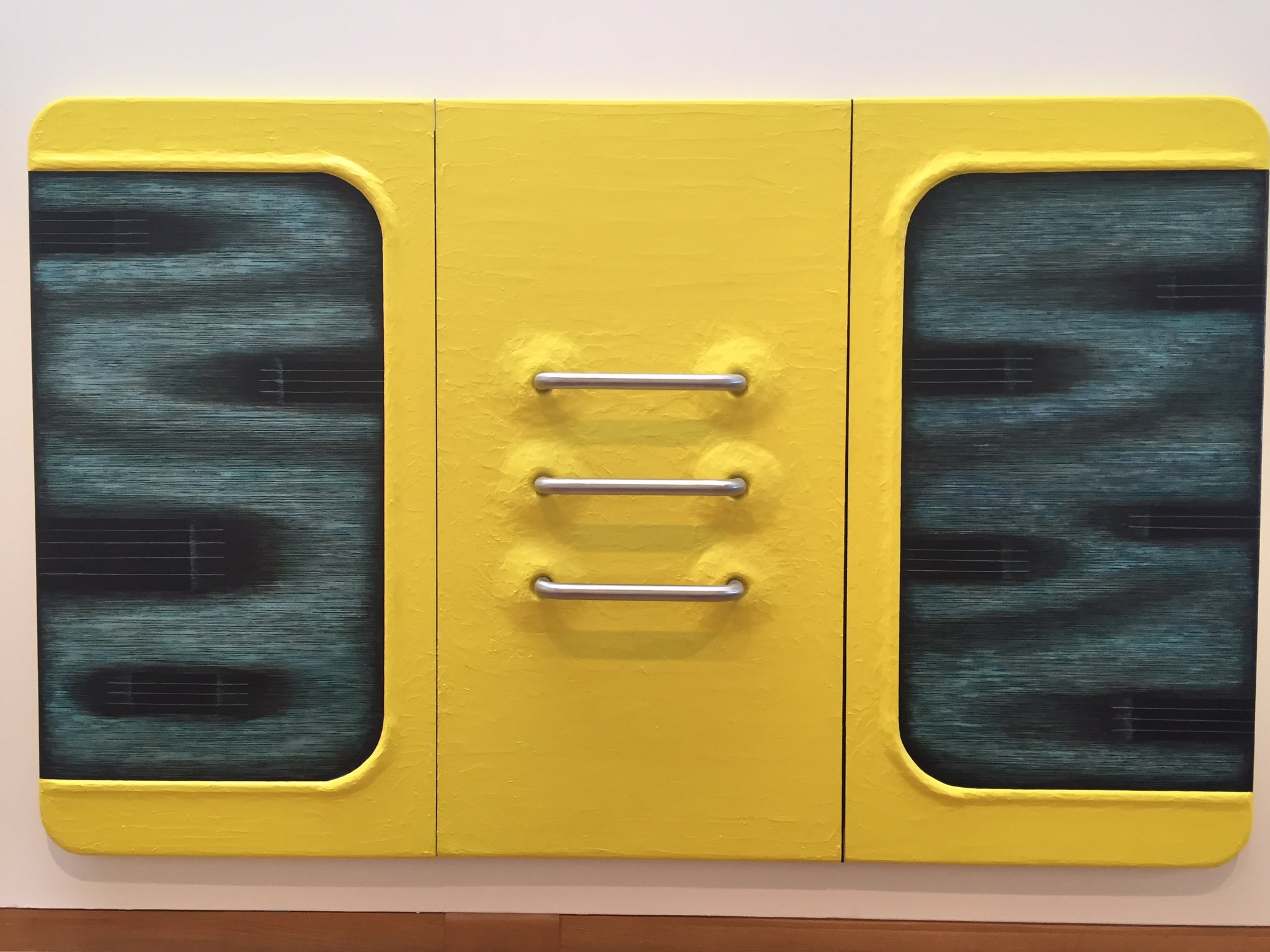 Tishan Hsu: Liquid Circuit is the New York-based artist’s first museum survey exhibition in the United States. The exhibition traces Hsu’s key ideas and demonstrates how they clearly resonate in the works of younger artists coming of age today. In the mid-1980s Hsu began a series of works that considered the implications of the accelerated use of technology and artificial intelligence and their impact on the body and human condition. His work is distinct from well-documented approaches to art making in the 1980s that relied upon strategies of appropriation, a use of references to popular culture, as well as Neo-geo and other tendencies toward abstraction. Yet Hsu’s work takes on minimalist legacies in its reduced forms, and also processes the textures and colors of screens and other aesthetic clues of the emergent information age. The artist’s work throughout this period considers the object’s phenomenological properties and the shifting visual landscape. Organized by SculptureCenter in New York, Tishan Hsu: Liquid Circuit premieres at the Hammer Museum in Los Angeles and will be on view January 26–April 19, 2020

Trained as an architect at MIT, Hsu’s art has an idiosyncratic materiality that is informed by his education and the budding East Village scene of the time. His use of tiles, for instance, suggests the architecture of domestic interiors, but also points to the construction of digital images as many discrete units of data. His use of alkyd, resins, and urethane responds to materials developed and used in burgeoning industries. Bringing together roughly thirty key sculptures, wall reliefs, drawings and media work from 1980 to 2005, the exhibition includes architectonic paintings and sculptures from the 1980s that considered the materiality of the image in the ever-expanding digital landscape; Hsu’s first experiments in Photoshop that mark some of the earliest instances of artists using the newly available digital photo manipulation software; and a selection of the artist’s drawings and other projects. The exhibition demonstrates Hsu’s prophetic practice and exemplifies how art responds to and processes the pressing questions of its time. Tishan Hsu: Liquid Circuit reintroduces the work of this visionary artist to a contemporary audience that has finally caught up with the issues he began to address over thirty years ago.

Born in Boston, Massachusetts, Tishan Hsu spent his first years in Zurich, Switzerland. He grew up in Ohio, Wisconsin, Virginia, and New York. Hsu had his first one-person exhibition as a teenager in Virginia, where his paintings were shown throughout the region. He studied architecture at the Massachusetts Institute of Technology where he received his B.S.A.D. in 1973 and M.Arch. in 1975. While at MIT, he studied film at Harvard University’s Carpenter Center. He moved to New York in 1979, where he currently resides. Hsu first exhibited in New York at the Pat Hearn Gallery. Since 1985, Hsu has shown in the United States, Europe, and Mexico, with works in many public and private collections. From 1988-90, Hsu lived and worked in Cologne, and from 2013-16, he maintained a studio in Shanghai.

Hsu’s work is included in the collections of the Metropolitan Museum of Art, New York; Centre Pompidou, Paris; Museum für Moderne Kunst, Frankfurt am Main; High Museum, Atlanta; Museum of Contemporary Art, Los Angeles; Museum of Contemporary Art North Miami; and the Weisman Art Museum, Minneapolis. Hsu has served as a Member of the Board of White Columns and the Skowhegan School of Painting and Sculpture. He has been a Professor of Visual Arts at Sarah Lawrence College, and a visiting professor at Pratt Institute and Harvard University.