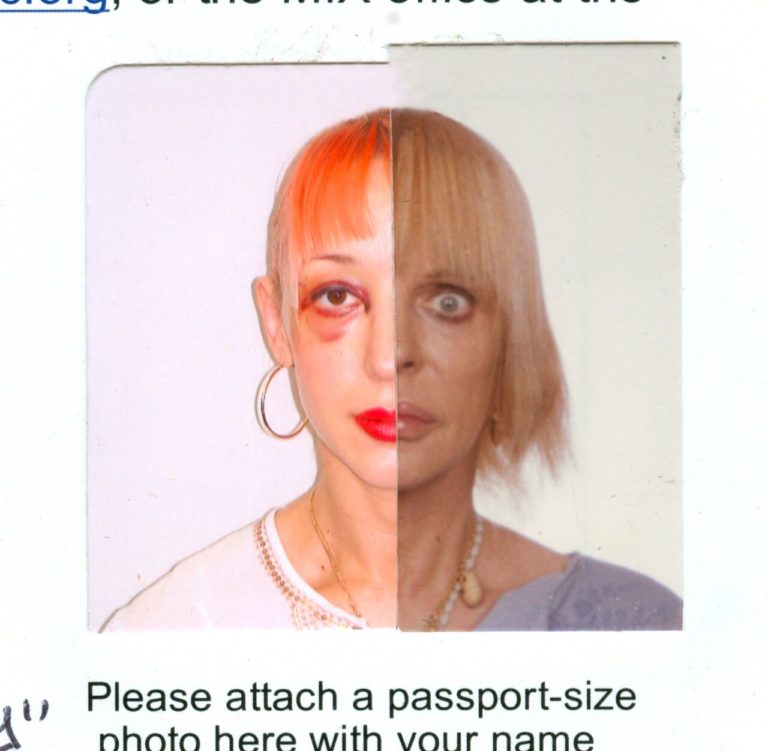 PANDROGENY I at Lethal Amounts will show Breyer P-Orridge’s evolution of gender work, while Tom of Finland Foundation, PANDROGENY II with a survey of h/er artwork from 1986 – 2016. Both spaces will explore the many facets of Breyer P-Orridge’s art and h/er influence through a selection of paintings, photos, sculptures and installations, that will reveal the ways that gender has shaped the artist and h/er work particularly with the project Pandrogeny (which started in 1995) with other half (dominatrix, registered nurse, performance artist, and musician) Jacqueline Breyer—aka “Lady Jaye.” In July 2019 s/he received the Kamookak Medal from the Royal Canadian Geographical Society for her explorations on projects in popular and social culture and gender geography.

The Pandrogeny project was an exploration of evolution and the human condition and its need to evolve and de-evolve through signs of gender neutrality and gender dysphoria seen in modern homo sapiens. The artist said the project was to be a fast forward button to the inevitable reunion of one divine gender from which we as a species originally came from when primordial man climbed out of the swamp. Genesis and Lady Jaye Breyer P-Orridge got identical breast implants on Valentine’s Day 2003, and continued to the fusion of their souls and bodies as one through using the pronoun “we,” as well as various surgical procedures and shamanic rituals. Lady Jaye died in 2007 but lives on through P-Orridge’s life and activities as the shared creators BREYER P-ORRIDGE. Many of the ideas introduced in this project have now been absorbed into the modern vernacular and used to describe gender orientation by members of contemporary queer alliances especially younger generations seeking unified autonomy not a continuation of any form of either/or binary perceptions.

Genesis Breyer P-Orridge has been making art, poetry, music, and magic for over fifty years. With the band Throbbing Gristle, Breyer P-Orridge became both the originator, namer and one of the main progenitors of industrial music, and in 1981 Breyer P-Orridge commenced Psychic TV, a part musical project/combined in part with a shamanic occult organization, Thee Temple Ov Psychick Youth (TOPY) .