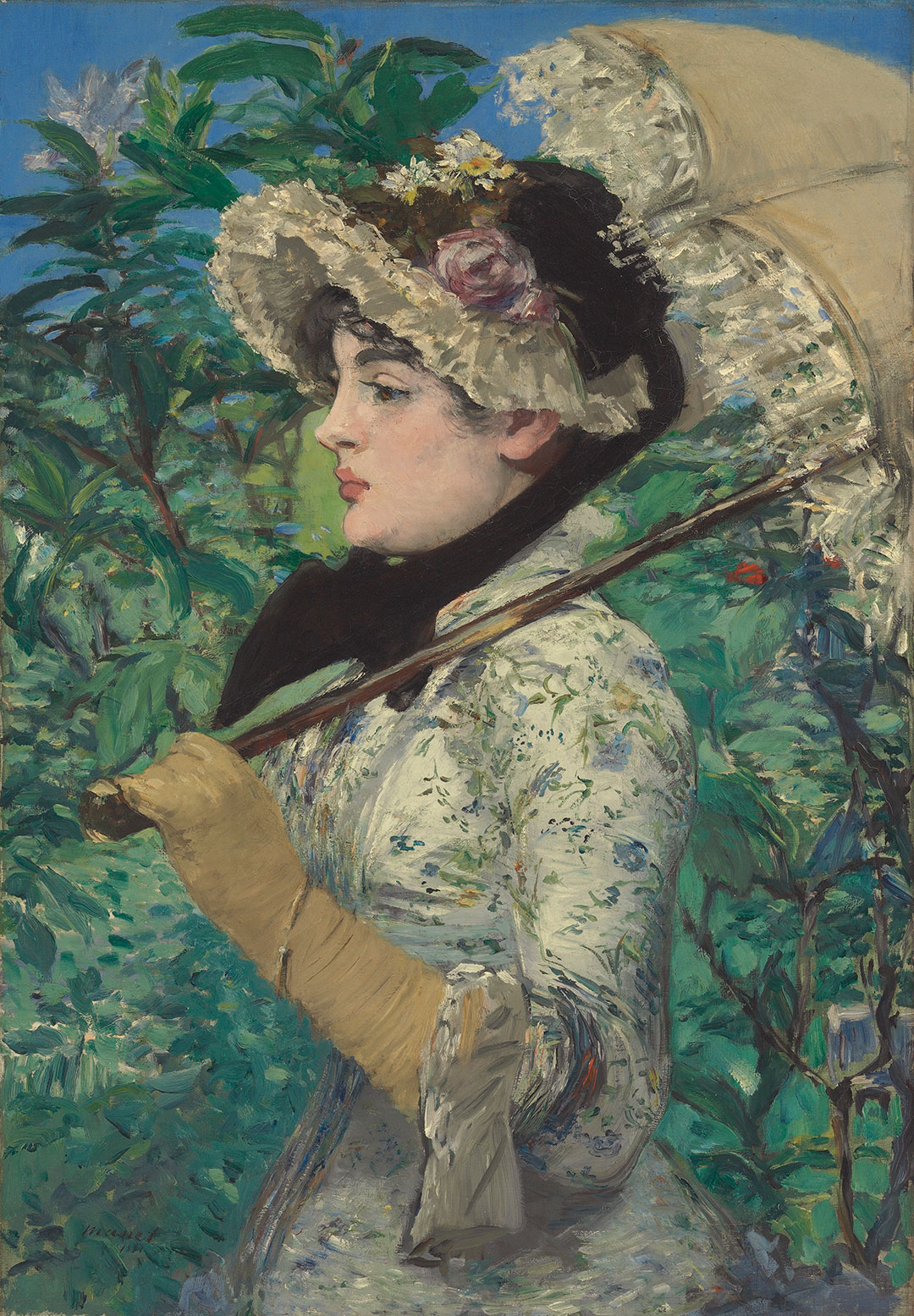 Édouard Manet (1832-1883) is best known today for provocative, large-scale paintings that challenged the old masters and academic tradition and sent shockwaves through the French art world in the early 1860s. In the late 1870s and early 1880s, he shifted his focus and produced a different, though no less radical, body of work: stylish portraits, luscious still lifes, delicate pastels, intimate watercolors, and freely brushed scenes of suburban gardens and Parisian cafes.

On view at the J. Paul Getty Museum October 8, 2019 through January 12, 2020, Manet and Modern Beauty explores for the first time in a major museum exhibition the artist’s last years, after his rise to notoriety in the 1860s and the formal launch of the Impressionist movement in the early 1870s. The exhibition will feature more than 90 works of art, including an impressive array of genre scenes, still lifes, pastels, and portraits of favorite actresses and models, bourgeois women of his acquaintance, his wife, and his male friends.

“Manet is a titan of modern art, but most art historical narratives about his achievement focus on his early and mid-career work,” says Timothy Potts, director of the J. Paul Getty Museum. “Many of his later paintings are of extraordinary beauty, executed at the height of his artistic prowess—despite the fact that he was already afflicted with the illness that would lead to his early death. These works sparkle with an insistent – perhaps even defiant – sense of life. Presenting many iconic paintings, including our recently acquired Jeanne (Spring), alongside pastels and intimate watercolors, Manet and Modern Beauty takes a fresh look at this justly renowned and ever-popular artist.”

Manet died at the age of 51 in 1883, after a long and painful illness. Declining health forced him to adjust his working habits: during the last six or seven years of his life his output was generally more intimate in both scale and subject, focusing on fashionable scenes of Parisian life and the stylish women, and sometimes men, of his acquaintance. Too often dismissed as superficial by critics, these later works provide valuable testimony to Manet’s elegant social circle and suggest a radical new alignment of modern art with fashionable femininity while recording the artist’s unapologetic embrace of beauty and visual pleasure in the face of death.

Manet and Modern Beauty is divided into five sections—La Vie Moderne, Portraits of an Era, The Four Seasons Project, Manet at Bellevue, and Flowers, Fruits, and Gardens. The first of these takes a look at a notable solo show in 1880, when Manet was invited to exhibit in the gallery affiliated with La Vie Moderne, a new fashion and culture magazine. Introducing the public to his provocative cabaret, bar, and boudoir scenes and to his pastel portraits, this exhibition marked a new beginning for Manet. Numerous works shown at the Vie Moderne gallery are on display in this section.

The following section—Portraits of an Era—demonstrates the importance of portraiture to Manet’s identity as a painter of modern life. Not simply intent on recording individual likenesses, he aimed to capture his epoch by portraying representative social types—the chic parisienne or fashionable dandy, for instance—in their various modes of dress and deportment. This section also explores Manet’s emerging practice of portraiture in pastel, a medium closely associated with his Impressionist colleagues Edgar Degas and Berthe Morisot. Using these dry sticks of pure color did not require the same lengthy and laborious studio procedures as oil painting, and between about 1878 and his death, Manet turned out close to 100 pastels, the great majority of them portraits.

“Unlike Titian and Rembrandt—or indeed, his friends Monet and Degas—Manet didn’t live long enough to develop a late style, but the work of his last years is still distinct from what preceded it, characterized by a new lightness of spirit, of palette, and often of touch,” said Emily Beeny, associate curator of drawings at the Getty Museum. “We see a new interest in watercolor and pastel–media that allowed him to work more quickly than he could in oils. But above all we see a new interest in capturing fleeting pleasures on the wing, making permanent the impermanent. Fashions obviously change; youthful beauty fades; flowers wilt; and in this sense the late production–all those pretty girls and flowers, all those watercolor hats and plums brushed into the margins of his letters, all those bright, little pictures–are also about impermanence. Seen as the work of a dying artist, they give us a vivid sense of beauty snatched from the jaws of time, beauty embraced in the teeth of acute physical suffering.”

Manet intended for his 1882 Salon painting Jeanne, which he also called Spring, to be the first in a series of four seasons, each emblematized by a stylish parisienne. Responding to trends in contemporary painting, popular illustration, and fashion advertising, Manet modernized a time-honored subject in European art. Doing away with the conventional symbolic trappings (a dove for spring, fallen leaves for autumn, and so on), he focused exclusively on the model, her chic apparel, and her decorative surroundings. More than the perennial rhythms of nature, Manet’s principal concern was the modern fashion cycle. Unfortunately, Manet never completed his seasonal cycle, painting only Autumn (1881 or 1882) after Spring. This exhibition reunites the two paintings for the first time in nearly forty years.

“Jeanne was an unalloyed critical success for Manet, making it a rare exception in a career dogged by scandal, controversy, and disappointment,” notes Scott Allan, associate curator of paintings at the Getty Museum. “Although it has been overshadowed by A Bar at the Folies-Bergère, its famous companion at the 1882 Salon, Jeanne occupies the heart of our exhibition because it perfectly epitomizes Manet’s consuming late-career interest in fashion, flowers, and seductive Parisian femininity, which was absolutely central to his conception of the painting of modern life. It is worth recalling that Manet’s friend Baudelaire began his famous essay ‘The Painter of Modern Life’ with a section entitled ‘Beauty, Fashion, and Happiness.’ That for us is the perfect epigraph for Jeanne and for this exhibition, which emphasizes the passionate attachments, worldly, sensual and aesthetic, of an ailing artist who would die before his time.”