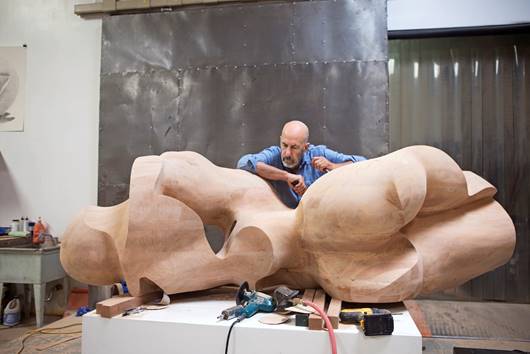 New York-born, Los Angeles-based sculptor, 65-year old Douglas Tausik Ryder – a pioneer in the use of code to drive technology-assisted sculpture-making to evoke images of natural forms and whose organic, sensual style is a tension between geometry and art, with the work lying at the intersection of conceptual art, traditional art, industrial processes and technology driven art-making – plumbs his own psychological depths only to discover what makes him love work and life.

What historical art figure would you like to have lunch with and why? Audrey Munson. I grew up in New York and New York is filled with these beautiful sculptures made between 1880-1920. Many of them are nudes and most are of Audrey. They’re on municipal buildings, in Central Park, at the Frick mansion, and on and on. A friend of mine wrote a book about her. She seemed to be a fascinating person. She was America’s first supermodel. Her life was very dramatic and she knew all these secrets – scandal, madness and murder. There was all of this high drama. That’s who I’d like to have lunch with. 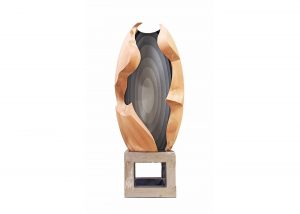 What did you purchase with the proceeds from your first sale? Nothing. I would have saved it. For me, my whole relationship with money is that money represents freedom and I’m not willing to exchange it for much. My whole relationship to money is I like to horde it. I’ve always made a living in another way – I always had side jobs. Jason Vass introduced me to Willem de Kooning and he said ‘I never expected to make a living as an artist. I had odd jobs and just painted.’ He turned out to be very successful and that stuck in my head. It seems to me when you put the expectation of making a living out of art, it has an effect, but not an effect that I want. 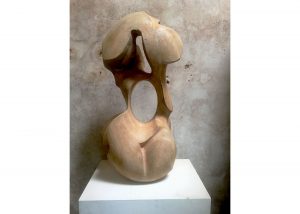 What words or phrases do you overuse? I don’t overuse phrases. I’m very respectful of language and I try not to overuse phrases. If in the vernacular of my sculpting I overuse the convex and the concave, that’s because [it’s] my whole vocabulary. 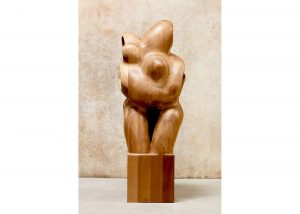 How do you know when a work is finished? That’s a matter of patience and boredom. I work on the level of a machete before I commit to a sculpture, because of the cost and time involved. There comes a point when I’m just too impatient and I want to go to scale, so when I make a large piece, I’m copying my machete and not doing much improvising, except if I run into a mechanical problem. Once I decide to go to scale, then the piece is done, either because I keep making machetes and they’re getting worse, which happens, so I stop and go back to the last one – or I’m just bored and I want to make something big. 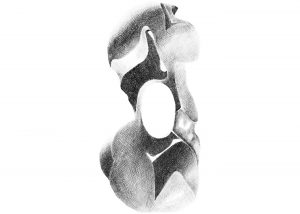 When and where were you happiest? I sailed across the ocean once on a sailboat, with two other people. It was a 60-foot boat and  the structure of that is [that] you’re on deck alone and they’re below sleeping. It’s a 24-hour watch schedule. You go on deck for four hours and they’re below sleeping and eating and washing and you don’t see them. It’s your experiences of being alone and being at sea with the open, endless horizon.

The fact that I was only dealing with stresses that were real in the environment – that the seas were getting too big, there was too much wind or something broke – you deal with that. It’s not the kind of stress that comes from the makings of our own mind, [such as] social interactions or the president – things not to my liking. It’s not these other things that are social stresses as opposed to physical stresses. It’s something so alive, yet you’re still being challenged. 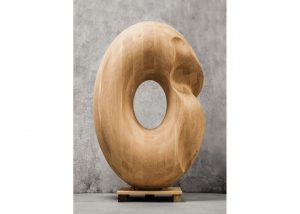 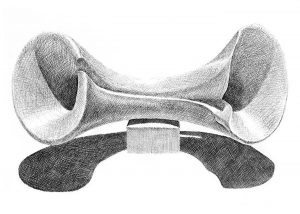 Where is your ideal escape destination? There is no escape. I don’t go places to escape except further into my mind. That’s where I go. When I go traveling, I don’t think of it as escape. Where I really love to go is places like London and Rome and places where I can walk and drink in the great environment that is art. I don’t enjoy going for a beach vacation because I get bored. 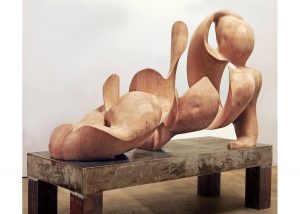 What’s the worst survival job you’ve ever had? I was so desperate for a job at one point that I took a job selling books door to door – encyclopedias and other reference books – stuff like that. For me it was this absurd job to knock on somebody’s door. I quit that job after six weeks in favor of moving furniture in New York City. It’s tough, but they do pay you. I did that and I didn’t mind construction jobs – I think I got a lot out of them actually. 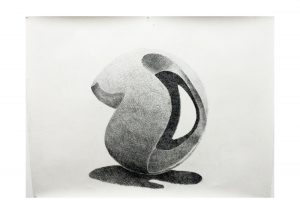 What TV series from your youth best describes your approach to life? The Outer Limits. If you recall that show, I think the opening line was, ‘There’s nothing wrong with your television set and we’re taking control now.’ I had the instincts of a sculptor and I wanted to intervene in the way they were. I used to think when I was in high school that the most promising medium for artists today would be television. I was already feeling like art isn’t just about painting and carving and modeling. It can be anywhere. You can take that approach and use all the technology you can find. That’s how I felt.

If you could change one thing about yourself what would it be? I wouldn’t change anything about myself. I think I’d rather change everybody else in the world. That’s the instincts of a sculptor. I heard in a documentary about Louise Bourgeois that she said, ‘Sculpting is the desire to change the shape of things with your hands.’ So I’d rather change everybody else, which is probably no more difficult than changing myself. 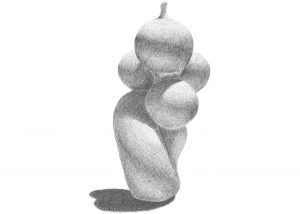 What makes you smile? When I want something from someone.

What makes you cry? I find that I’ve become more and more emotionally vulnerable in my life compared to the way I used to be and now I feel pain about [things]. The last time I cried, I don’t know. I’m disassociating sometimes from my emotions – I can’t access them. At other times they pour in. Sometimes I think about the hardships my mother endured and it brings me to tears. 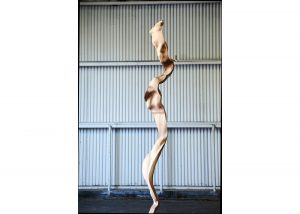 What is your go-to drink when you toast to a sale? I like alcohol, but I don’t have a big preference. I like a martini and I like Scotch. I like nice peaty, smoky Scotch. I did the tour in Edinburgh where they show you how Scotch is made and I enjoyed that. There are so many different kinds of Scotch – way more than you are used to – and I bought those airplane size bottles, 70 of them. I had them in my suitcase and when I came back through JFK I had 70 bottles. The customs [person] thought it was okay, but a little unusual.

After an all-nighter, what’s your breakfast of champions? I don’t stay up all night. But back when I lived in New York and went to Studio 54 we would go to Brasserie, and I guess I would eat Eggs Benedict.

Who inspires you? My biggest inspiration is my four-year old daughter. She has the freshest outlook, the best memory, she has the most inquisitive mind. She’s exactly the way I would like to be. She sees the potential for play in everything. 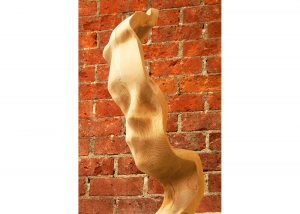 What’s your best quality? I don’t know if I have any good qualities. Let’s see – I think it’s my curiosity. Everything is potentially fascinating if you know enough about it. Even something as ostensibly boring as golf. I think if you knew enough about it, I think it could be fascinating, but if you don’t, it ain’t. My time is given to my studio and any little business affairs required of me, of my family. That’s all I have time for. I’m not looking to kill time.

What’s your biggest flaw? According to my wife, it’s cigar smoking. 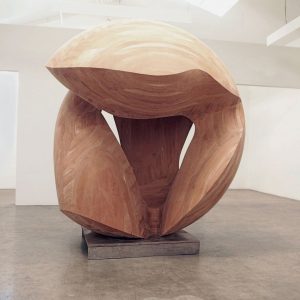 What is your current state of mind? I’m feeling like I would like to leave America and try a different culture for a while. The emotional climate, the intellectual climate here, I’m finding to be very unsupportive and very not helpful to me. I’d like to go somewhere else for a while.

If you were to die and come back as a person or thing, what would it be? Well, if I had that kind of choice I wouldn’t come back, I’d go somewhere else. I’d like to try something else besides the earth.

All images courtesy of the artist