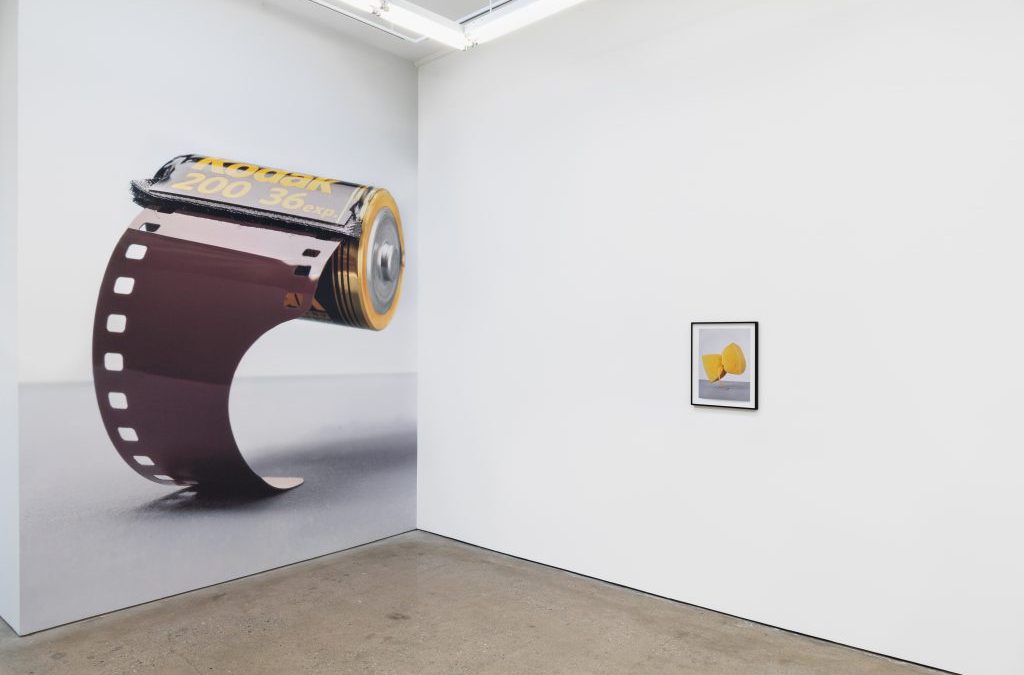 Alwin Lay is a German artist based in Cologne whose photographic and video works are smart puns in which incongruous objects are coupled or composited to create delicately balanced sculptures in seemingly impossible situations. These scenes are staged to be photographed and the image (still or video) is the final artwork. 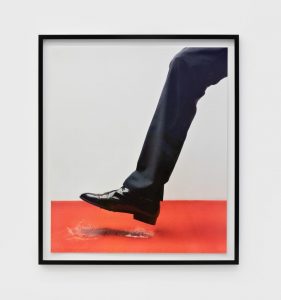 Within the gallery are ten pieces ranging from modest-sized framed photographs, to a floor-based photo-sculpture, a video projection, as well as a wall-sized photo-mural that serves as the centerpiece of the show. In this image entitled Kodak 200 (Mono), 2019, the canister of a roll of 35mm Kodak film has been replaced by a battery cell of a similar size and shape. At first glance, this transference might go unnoticed, but upon examination it becomes evident that the black plastic spool that normally extends from the top of the canister is now the positive side of the battery cell. 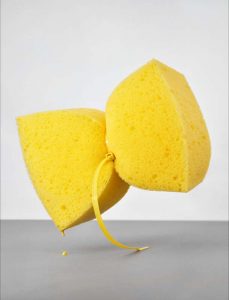 The leader of this roll of film gracefully emerges from what remains of the canister. Its curled tip adheres to the floor and magically supports the suspension of the canister which now hovers an inch or two above the ground. Looking at the photograph elicits a what, how and maybe why? Because Lay shoots at ground level, the object appears larger than life— like something out of Alice in Wonderland. This work resonates beyond its initial ‘wow,’ alluding to the eventual obsolescence of film photography and the reliance on battery powered technology as a replacement. 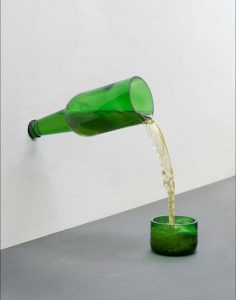 Ein Tropfen Gelb, 2016 (which translates to ‘a drop of yellow’), is a similarly fantastical image. In the photograph, a plastic yellow cable tie squeezes tightly across the center of a yellow sponge causing it to assume the shape of a butterfly. A single blob of yellow paint drips from one of its corners onto the gray floor while the sponge floats off the ground held up by the plastic tie. The image has a surreal quality as Lay has carefully constructed this assembled illusion. 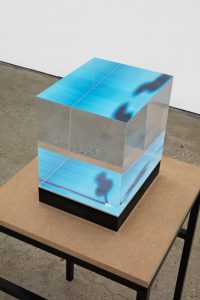 Many of Lay’s photographs are shot from the same low angle in a controlled setting— a gray floor in front of a white wall that references a gallery space. In these clever works, he seamlessly hides the apparatus used to hold or composite the different objects together, creating a sense of wonderment and a bit of a doubletake. Congrats, 2018 is an over-the-top photograph of items some associate with celebration— whisky and cigars. Here, a lit cigar with a trail of ash balances on the rim of a glass. The cigar also functions as a container, pouring alcohol from its unlit end. In the image, gold-colored liquid spurts from the mouth of the cigar into the clear tumbler. 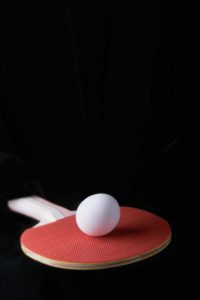 Avantgarde, 40mm, Made in Germany

Red Carpet and Paper cut (both 2017) are enacted scenes. In Red Carpet, Lay captures the foot of a man wearing dress pants and a dress shoe after he stepped on a wet red ground. The photograph depicts the moment after the step, when the foot is raised and the liquid splatters. Paper cut also depicts an action — here, a toned piece of paper functions as a sparkling sharp knife slicing into a finger drawing blood. Though clearly a fabrication, the image evokes a moment of pain. 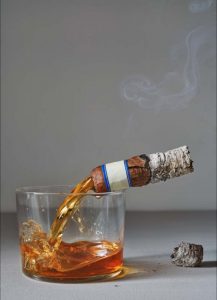 In the short video Avantgarde 40 mm, Made in Germany, 2015, a ping-pong paddle appears to be floating in a deep black space. Lay records the red covered paddle balancing what appears to be a white ball. This ball turns out to be an egg and as the video progresses, the shell slowly begins to break apart revealing— not a yoke or a chick, but an actual ping-pong ball. 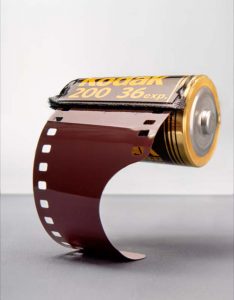 Within the realm of Lay’s work, this unexpected, yet predictable reveal is what makes the imagery resonate. While Lay’s puns are somewhat obvious, the works are beautifully crafted, seductive and satisfying. Within this body of work, he explores the illusory properties of photography with a keen eye, sophisticated wit and cunning sense of humor. 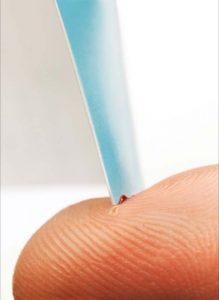