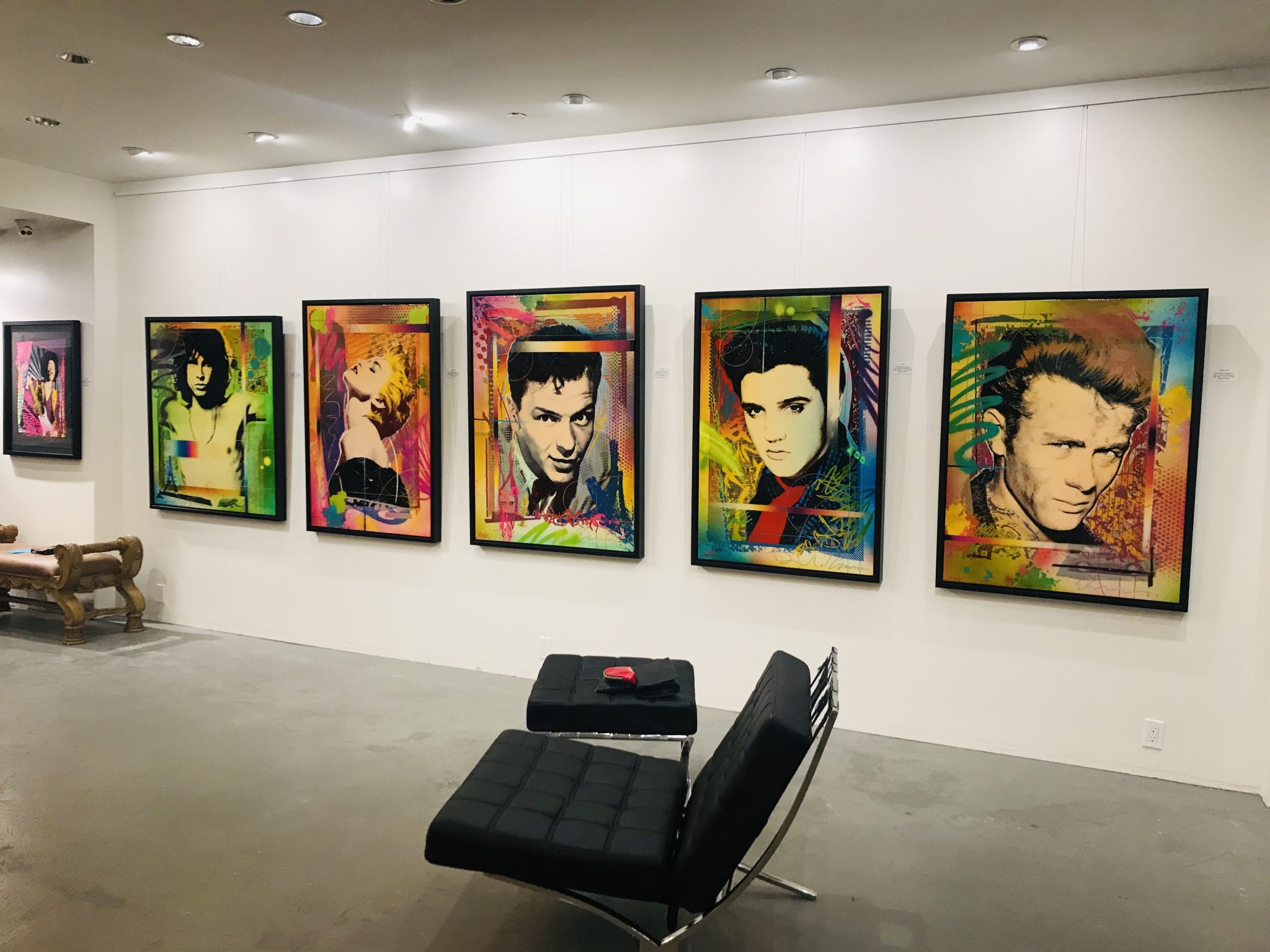 Edwards Lowell Gallery—the fur retailer has now converted to art, and is choosing to showcase collaborative works by artist Jim “TAZ” Evans and printer Richard Duardo, as well as works by graffiti legend Kelly “RISK” Graval as one of their debuts.

Taz, Duardo, and RISK are all iconic in their own right in the contemporary art world, but especially dear to this golden state of California. Jim “TAZ” Evans is often referred to as the “rock poster god,” having worked with names such as Nirvana, The Ramones, Wu-Tang Clan, Bob Dylan, and countless others. Over the years, Taz has designed album covers, film posters, and currently is owner and creative director of Division 13 Design Group with clients such as Sony, DreamWorks, Paramount, and many more. Works being shown for the opening include collaborations made from 1985-1989 between TAZ and LA superstar printer Richard Duardo, who passed away in 2014 at the age of 62. Duardo is well-known throughout North America as being a master printer, artist, and pivotal figure of Chicano art community. Together, TAZ and Duardo created extremely limited prints of some of Hollywood’s icons, including James Dean, Marilyn, Elvis, Brando, and Hendrix. The works are have a vintage appeal with a modern flavor, and dazzle in their silk-screened layers.

Out of the collection, 5 originals have been hand embellished by graffiti legend Kelly “RISK” Graval. Known for being the first to paint the “heavens” (highway overpasses, billboards, and other “hard-to-reach” spots) and the first to ever paint train cars, RISK is another Los Angeles legend to join the debut at Edwards Lowell Gallery. In addition to the 5 silk screen canvases, RISK has a few of his original works and prints included in the show, which involve nods to his graffiti roots, his brightly colored field studies, and modern motifs.