58th Venice Biennale 2019: ‘May You Live In Interesting Times’
Amplifying the Magic of Venice 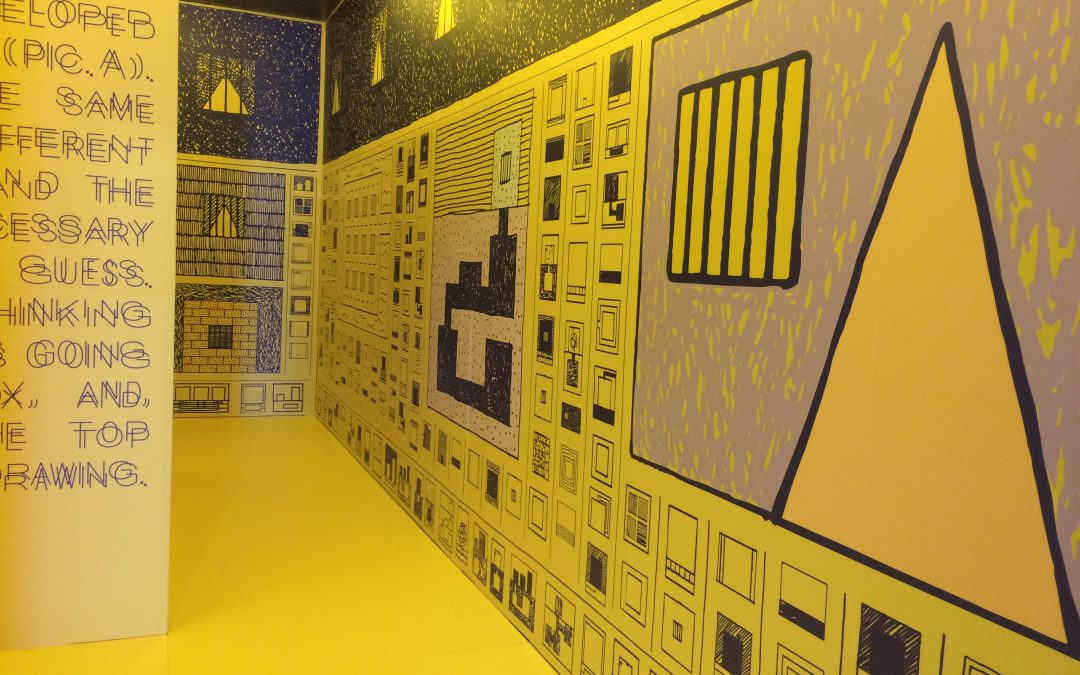 May You Live In Interesting Times

May You Live In Interesting Times at first seems a lackluster title for the 2019 Venice Biennale. Organized by Ralph Rugoff, the official Biennale exhibition presents a wide range of artists in two locations: the expansive Arsenale and the Central Pavilion in the Giardini. May You Live In Interesting Times begs the question, WHO is “you” as the zeitgeist feels unusual, frustrating, and volatile. Interesting is such a banal word that it is a curious choice. Perhaps “interesting” could be ascribed to the general malaise that permeates the world. 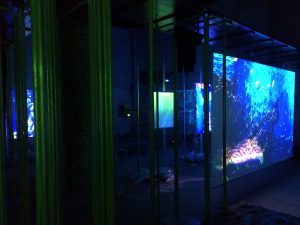 Hito Steyerl’s This is the Future

Many of the artists and works on view tackle such themes as global warming and environmental change, refugees and nationalist barriers, and the ongoing struggle to overcome political, social and sexual oppression. The mixture of art and politics are a sign of these “interesting times,” yet this is nothing new. In Rugoff’s exhibitions, there is little painting, a lot of machines and numerous references to the environment. Rugoff does not oversee the curation or choices for the National Pavilions in the Giardini or elsewhere, which are always also a mixed bag ranging from underwhelming regionalism to impressive in-situ installations. What makes visiting the Venice Biennale special, is not just what is on view at the Arsenale or Giardini, but the fact that exhibitions are presented all over the city, often allowing access to otherwise closed churches or private palazzos. With more than 200 “official” and “collateral” exhibitions and events, it requires more than a few days to see everything on view. 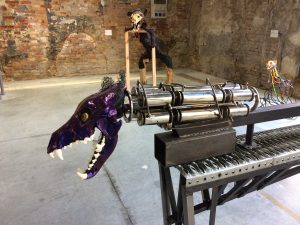 A frequent visitor to the Biennale, I come less for the curatorial agenda than for the amazing opportunity to see diverse artworks from all over the world in surprising as well as traditional locations. While contemporary art is the draw during the Biennale, one must remember that Venice also holds some spectacular works from the past, and during one’s wanderings throughout the city, it is a must to seek out the city’s older treasures. 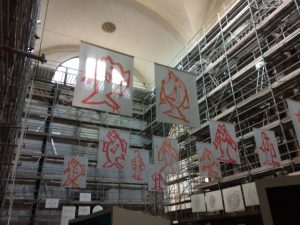 A basic ticket to the Biennale is for two consecutive (and therefore exhausting eight-hour days): one at the Arsenale; the other at the Giardini. Sadly, I never feel I have the time to sit and watch single channel works or video installations that unfold over time, and often I wish I had a third day on the grounds where all I do is watch films and video that piqued my interest on first viewing. That said, I personally gravitate to screen-based works and installations, so my highlights often include works that are durational. 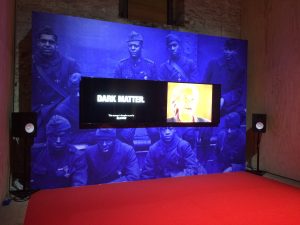 The buzz of the 2019 Biennale was Sun & Sea (Marina) at the Lithuania Pavilion (offsite, not on the Biennale grounds). This opera (when I visited) was only performed on Saturdays and some people waited in line for more than two hours to see it. Visiting this pavilion on a non-performance day, one could only imagine the sounds that filled the large two-tiered space that was filled with sand becoming a beach. 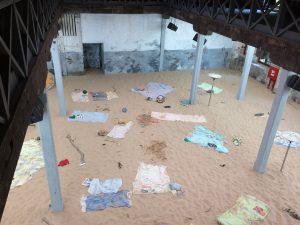 My 2019 Biennale visit began directly across from the entrance to the Arsenale with the Hong Kong Pavilion, where the subtle and intricate installation Stakeholders by Los Angeles-based sculptor Shirley Tse is installed to create a conversation between interior and exterior spaces. Inside is a work entitled Negotiated Differences consisting of turned wood and 3D printed forms that weave through the space rising just a few feet above the floor. Outside, Tse presents Playcourt, a work that makes reference to a childhood game of street badminton played with broken rackets and shuttlecocks made from vanilla beans and rubber. 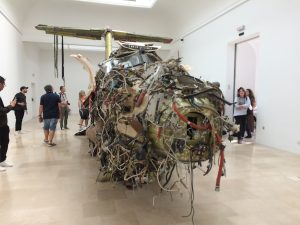 Rugoff’s unsual treatment of the Arsenale’s long cavernous space was to cover the walls with plywood, which gave it a more intimate feel. The works that stood out for me, among the 71 artists/projects on view (not including the National Pavilions situated within the Arsenale or on its grounds) include: Christian Marclay‘s 48 War Movies is an assaulting and dizzying projection with no discernible beginning or end. In this mesmerizing work, 48 war films are layered on top of each other with their soundtracks playing simultaneously. The visible image is thin, concentric rectangles that never reveal enough information to distinguish what films Marclay has selected. 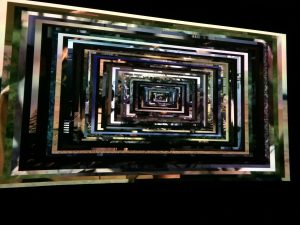 Also situated near the beginning of the exhibition is Kahlil Joseph‘s BLKNWS, a two- channel video that focuses on “black American life” through a succession of interviews, news clips and other appropriated materials. Shilpa Gupta‘s sound installation, For, in your tongue, I cannot fit, inhabits a darkened room. Recorded voices in multiple languages recite the verses of 100 poets imprisoned for their work or their political positions. The symphony of sounds was both chilling and compelling. 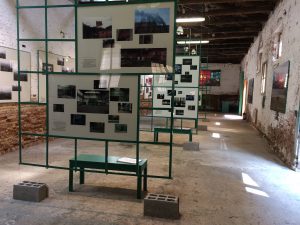 Hito Steyerl‘s This is the Future is a multi-channel video installation where viewers walk through a system of elevated walkways meant to emulate the paths through the city of Venice and call attention to a future controlled by AI. 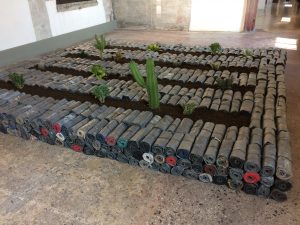 Ryoji Ikeda‘s Data Verse 1 is a large-scale projection with an electronic soundtrack about the flow of scientific data. Ikeda juxtaposes pulsating graphics with a minimal score. 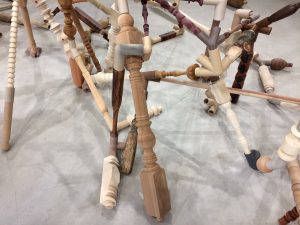 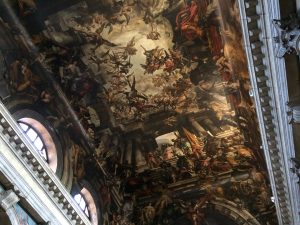 Rugoff took an innovative approach by inviting all of the artists to exhibit in both the Central Pavilion and the Giardini. This allowed some to present diverging bodies of work in the two different locations, and also gave viewers the opportunity to see distinct facets of their practices. In the Central Pavilion the show stopper, without a doubt, is Sun Yuan and Peng Yu‘s Can’t Help Myself, a giant robot with a shovel-like-arm that flies through the air, spinning and twirling while pushing around a red liquid that looks like blood. Seen through clear windows in a gigantic acrylic and aluminum enclosure, this caged AI robot darts around its confines with determination and uncanny human-like behaviors. 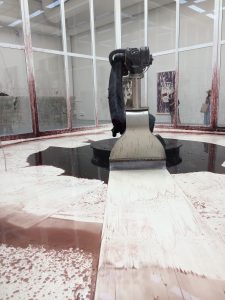 My favorite National Pavilion was Uruguay, where the understated and quiet work of Yamandu Canosa was on view. Entitled the Empathic House, this poetic installation of small works made reference to mapping and the globe. The North, South, East and West axes of the space extended toward the larger/total landscape and engaged with concepts such as territory, border, miscegenation, belonging, instability and difference. 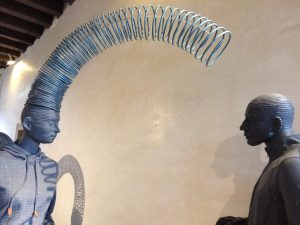 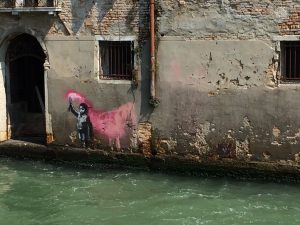 Around town, my list of not to miss National Pavilions and collateral events also include: Shu Lea Cheng (representing Taiwan), whose installation is presented in the Palazzo delle Prigioni, a Venetian prison from the 16th century through 1922. Entitled 3x3x6, this complex and challenging installation is about surveillance, imprisonment, networked environments and fake news. The title references a 3 x 3 meter cell (standardized in today’s prisons) monitored by 6 cameras. The multi-media work includes matter of fact interviews with individuals imprisoned because of gender or sexual difference, as well as in-the-round projections that reference the panopticon. 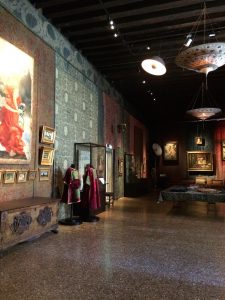 The Azerbaijan Pavilion presented an exhibition of technology-driven works entitled Virtual Reality. It featured five artists whose politically relevant installations employ digital technologies to speak about fake news, the dangers of social media and the myriad ways disinformation is promulgated and consumed. 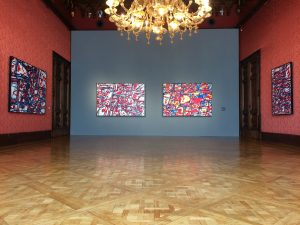 Croatia is represented by Traces of Disappearing (In Three Acts) by Igor Grubic. This compelling exhibition consists of three inter-related photo essays and an animated film. Grubic’s photographs document post-war Croatia and depict living spaces, public spaces, as well as shuttered and defunct factories. One factory even becomes the setting for Grubic’s 12-minute animation, How Steel Was Tempered, a wonderful film examining the changing relationship between a father and son who visit an abandoned factory. Joan Jonas‘ installation, Moving Off the Land II at the Chiesa di San Lorenzo is also a compelling installation in a non-traditional space, the cavernous church of San Lorenzo. Jonas’ installation features drawings and videos based on her research on the role of oceans and the animals and plant life that inhabit them around the world. 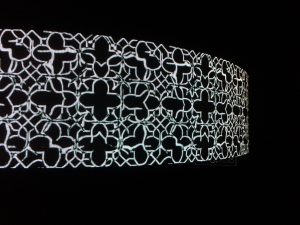 A visit to the Fondazione Querini Stampalia and the Palazzo Fortuny are a must on any visit to Venice. The latter never disappoints as a place where contemporary art is juxtaposed with their permanent collection in subtle and innovative ways. In Venice, more often than not, the white cube disappears in favor of patterned wallpaper, decorated ceilings and ornate glass chandeliers— places that might seem antithetical to contemporary art. In this vein, the most extraordinary thing about the exhibition Forg in Venice, is that it is housed in the Palazzo Contarini Polignac. Here, Gunther Forg‘s abstract paintings and sculptures can be viewed against the setting of a splendid 15th century palazzo. The same can be said for the incredible building that houses the Prada Foundation. On view during the 2019 Biennale is an exhibition of 70 works by the late Jannis Kounellis, curated by Germano Celant. Seeing his Arte Povera works within a space that appears to be in a state of perpetual disrepair makes for a fitting juxtaposition. Another historical exhibition features the crude and childlike works of Jean Dubuffet at the extravagant Palazzo Franchetti. 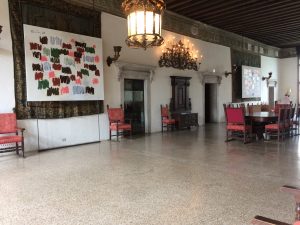 One final memorable installation is Peter Halley‘s Heterotopia I at the Accademia‘s Magazzino del sale. This work is curious because it ignores the specificity of the building that houses it (a centuries-old former salt warehouse) in favor of newly-built walls onto which Halley has wall-papered site specific works. The immersive installation is formally engaging for its use of color and abstracted shapes. 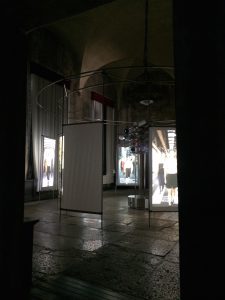 Venice is a special, magical city that comes alive in a different way during the Biennale. There is more to take in than humanly possible and it is important to remember to appreciate the history while consuming the present. Looping back to Rugoff’s premise, after a trip to Venice it isn’t so hard to agree that yes, we do live in interesting times.

Cover image: Peter Halley, Heterotopia I; images by the author