Hammer Museum to Honor Judy Chicago and Jordan Peele at Annual Gala in the Garden, October 12 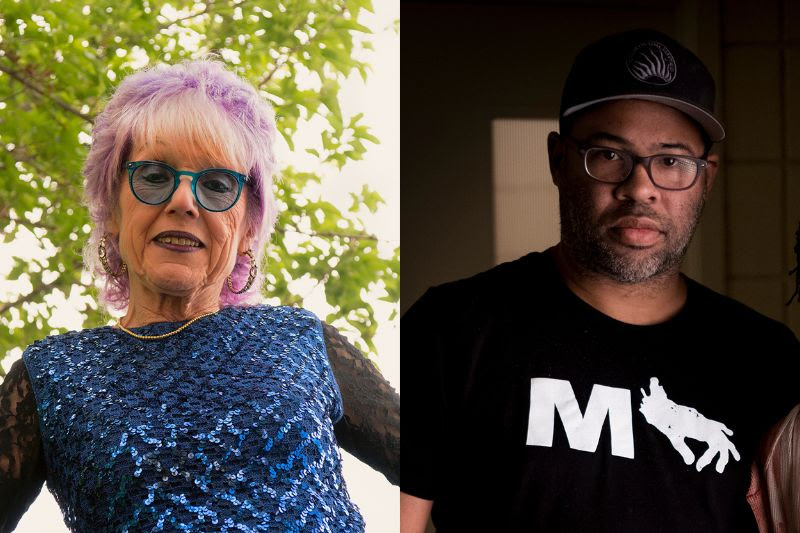 The Hammer Museum announced today that trailblazing feminist artist Judy Chicago and filmmaker Jordan Peele will be honored at this year’s Gala in the Garden on Saturday, October 12, 2019. The annual celebration recognizes artists and innovators who have made profound contributions to society through their work.

“We are thrilled to honor Judy Chicago and Jordan Peele, two artists whose groundbreaking works resonate across our political and cultural landscape,” said Hammer Director Ann Philbin. “Judy Chicago is a pioneer of feminist art and education; her installation The Dinner Party is a landmark artwork of the last fifty years. Jordan Peele has emerged as one of today’s most incisive social commentators through his genre-busting films Get Out and Us. Judy and Jordan, each in their own way, have redefined their fields and opened doors for more artists to follow.”

The highly anticipated event attracts cultural and civic leaders in Los Angeles, as well as artists, collectors, and patrons of the arts. Last year’s event, which honored Margaret Atwood and Glenn Ligon, raised $2.6 million for the museum. Chef Suzanne Goin of Lucques will once again create the menu.

Proceeds from the gala will support the Hammer’s dynamic and internationally acclaimed exhibitions and public programs.

Judy Chicago is an artist, author of fourteen books, educator, and humanist whose work and life are models for an enlarged definition of art, an expanded role for the artist, and women’s rights to freedom of expression. Chicago is most well-known for her role in creating a Feminist art and art education program in California during the early 1970s, and for her monumental work The Dinner Party (1974–1979), which was the subject of a 1996 exhibition at the Hammer Museum and is the centerpiece of the Elizabeth A. Sackler Center for Feminist Art at the Brooklyn Museum in New York. Over the subsequent decades, Chicago has approached a variety of subjects in a range of media, including the Birth Project,PowerPlay, the Holocaust Project: From Darkness into Light, and Resolutions: A Stitch in Time. Her latest body of work, The End: A Meditation on Death and Extinction, will premiere at the National Museum of Women in the Arts in the fall of 2019, shortly after the publication of a major monograph. Chicago’s work has been exhibited widely in the United States and internationally and her influence continues to be acknowledged worldwide, most recently evidenced both by her inclusion in Time Magazine’s list of “100 Most Influential People” 2018 and as one of Artsy Magazine’s 2018 “Most Influential Artists.” In 2019, she received the Visionary Woman award from the Museum of Contemporary Art in Chicago. Judy Chicago is represented by Salon 94, New York and Jessica Silverman Gallery, San Francisco.

Jordan Peele is an Oscar– and Emmy-Award-winning writer, producer, director and actor. His first feature film, Get Out, was released in 2017 and quickly became an international phenomenon. The film received widespread critical praise for twisting the genre of horror into a thought-provoking commentary on race in America. Get Out was recognized with four Academy Award nominations—Best Picture, Best Director, Best Actor, and Best Original Screenplay. Peele became only the fifth African-American to be nominated for Best Director and the first to ever win the Oscar for original screenplay. In 2019, Peele wrote, produced and directed his second feature, Us, which told the story of an African-American family encountering terrifying doppelgangers of themselves while on vacation. Like Get Out, the film instantly became a smash hit with audiences and critics alike, posting the largest box-office opening for an original horror movie ever and second-largest opening for a live-action original.