Greg ‘Craola’ Simkins: ‘Let The Outside In’
Fantastical, Familiar, Ferocious 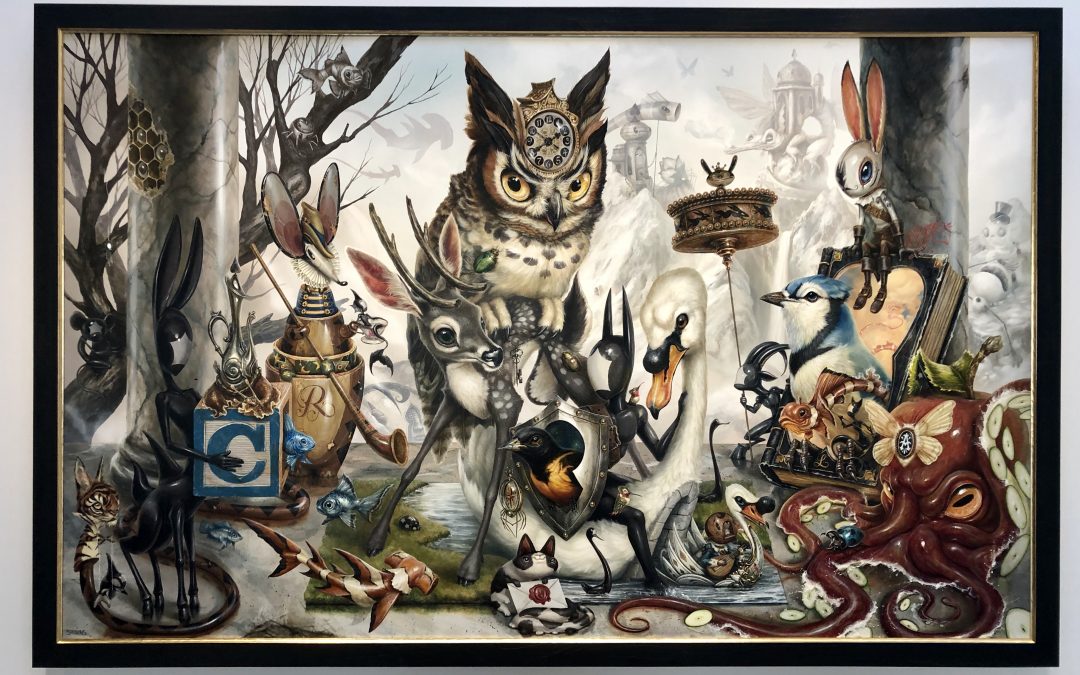 Let The Outside In

Having explored the worlds of street art, video games, and clothing, Greg ‘Craola’ Simkins is accustomed to making art that is immersive. Though his new body of work is a collection of acrylic paintings (all works 2019), it is no different in its capability to transport and enrapture those who encounter it. In his latest exhibition at KP Projects, characters from Disney, Studio Ghibli and other animation purveyors come together with figments of Simkins’ own imagination. Six-eyed rabbits and hungry butterflies are only some of the figures who live in the land the artist has conjured; his work is fantastical, familiar, and ferocious, though not frightening. 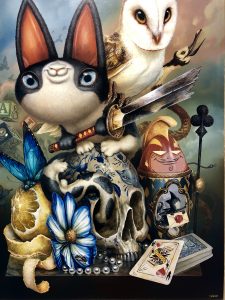 The artist pulls from his childhood experiences to construct these works. He has credited books like Watership Down and The Phantom Tollbooth as inspirations. Growing up, he had rabbits and other animals, which makes sense given their presence in his paintings. He began doing graffiti when he turned eighteen, and it was then that he chose the moniker ‘CRAOLA.’ 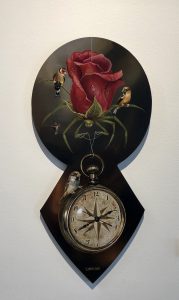 In a 2011 interview, Simkins explains that he adopted his nickname for the purpose of doing graffiti, and it was a name that stuck with him because it differentiated him from others. Though the paintings displayed here have mostly been completed in a studio setting, his murals can still be seen in and around the Los Angeles area – in Long Beach, Culver City, West Hollywood and beyond. 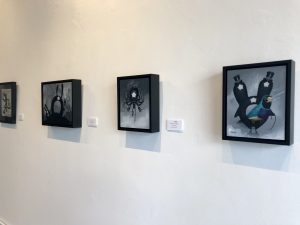 Installation view, Let The Outside In 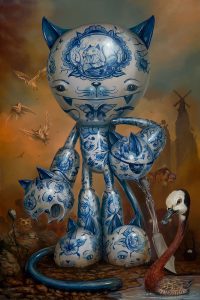 These re-appearances also make sense, given that the contents of the paintings all make up one realm – The Outside. Simkins explained: “So many have created worlds in their art in which to escape and inhabit, and for others to enjoy…as homage to these types and shadows of other lands, I have attached the all-encompassing title, “The Outside.”  As our imagination takes over, we tend to leave what is ordinary and go outside of ourselves to visit these places. This is why I paint…It is the constant search for what else is on the outside.” 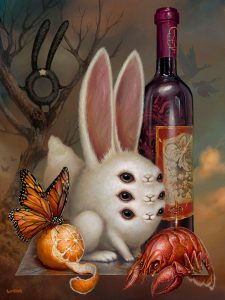 Simkins’ work has been dubbed many things, including “storybook surrealism,” a “careful weaving of pop culture, the old masters, nature, carnival kitsch, and (most importantly) his warped imagination.” But it is best summed up by the artist himself, “as a portal into an imagination, and an invitation to expand upon that by exploring what lies beyond.” 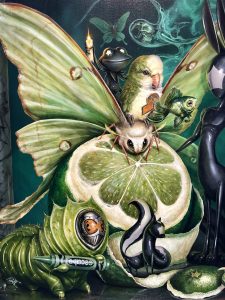 Cover image: Let The Outside In; all images courtesy of the author