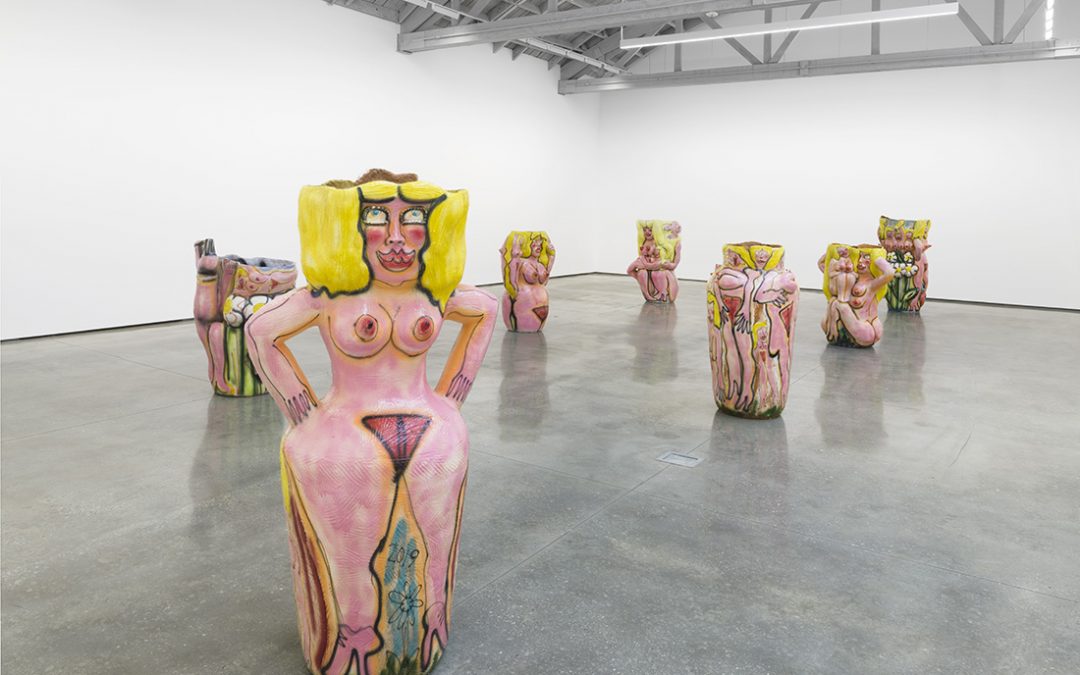 California native Ruby Neri has worked with paint, plaster, ceramic and more. Daughter of a sculptor and a graphic designer, Neri’s investment in art is rather inherent. Her father is associated with the Bay Area Figuration movement, which was clearly an influence. Her Bay Area roots inform her own identity: She is considered an artist of the Mission School, a 1990’s movement from the Mission District of San Francisco, with influences ranging from folk art to graffiti and an embrace of the use of non-traditional artistic materials in order to establish an oeuvre. Neri’s works have also been compared to German Expressionism, their nature unmistakably abstract. It was during her time in graduate school at UCLA that she began transitioning from painting to sculpture – though her painterly identity has decidedly not vanished. 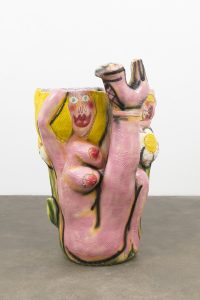 Neri has previously exhibited her work at David Kordansky Gallery, but where her past work featured more primary colors, paintings and smaller free-standing sculptures, her current work differs in scale, subject matter and composition. It was perhaps her 2016 show at the gallery, Slaves and Humans, that best hinted at what was to follow, with the gallery writing, “While she has frequently turned to ceramics, Slaves and Humans marks the first time she has produced an entire body of work within the traditional bounds of this medium… to generate forceful, highly sexualized representations of the female form. The figures, then, regularly serve as containers even as they are contained, both empowered and bound by the typologies and histories that define them…they depict the tumultuous nature of desire, which binds people to each other and breaks them apart again…” 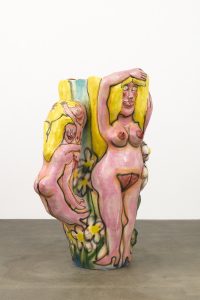 In this, Neri’s fourth show with Kordansky (all works 2019), the artist employs the same structural tendencies and painterly strokes she previously used, though over the years, her works have gotten larger and more ambitious as her signature style has become fully realized. These ceramic structures are large – over four feet tall – and spread throughout the room without platforms. They appear to be, more or less, pots, and on their surfaces are women. Exaggerated and intertwined, these bodies are sculpted and pigmented with paint, airbrushed and eventually glazed. 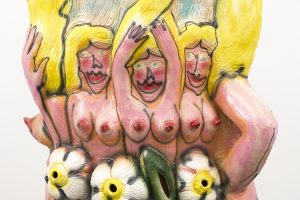 When talking to The Independent, Neri stated, “I align the clay-building aspect of my sculptures with object-making, and the surface impressions and glazes with mark-making. I think of the mark-making as a form of painting.” 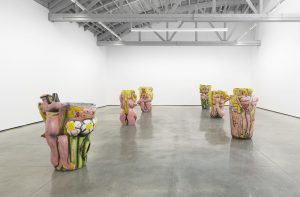 The women on the ceramic works seem to be the same character, replete with intense yellow hair, light blue eyes, reddish lips and naked bodies. The large breasts and exposed genitalia are exaggerated and outlined in black, as are all their features. These characters, described as “fertility goddesses for the contemporary imagination,” are, happily, mostly smiling. 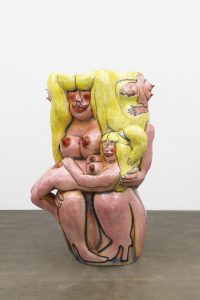 These bodies are often intertwined, as with, for example, Pietà. Form and function are fused together, as with Women with Dolls in Their Laps (2019), in which the raised arms of two figures act as handles. Works including Untitled (Large Figure Smoking) are double-sided, one angle featuring a smiling figure, and, on the other side, an unimpressed one brandishing a lit cigarette. Their physicality is not subtle: The breasts of these characters protrude, and in some, orifices are especially prominent, as in Ghosts. 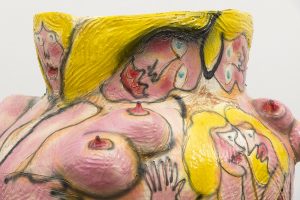 Onlookers have the ability to peer inside of the vessels, which gaze back at the audience. They command attention not only with their nudity, but also with their wide-open eyes. The press release states, that gaze “to the viewer suggests that the complexity of her relationships–with her own interiority, the other versions of herself that surround her, the viewer, the materials from which she has been crafted, and the artist who made her.” Looking inside the vessels, they seem to be simultaneously attempting to understand the interiority of the figures while analyzing their very own physical composition. 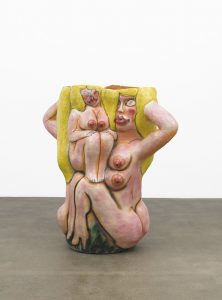 Women with Dolls in Their Laps

In interviews, Neri is often asked about the art world’s and her own relationship with ceramics. When asked by Phaidon about the recent rise in interest around clay and ceramics, Neri attributed it to, along with a tendency to look at previous generations’ breakthroughs with this medium that, “It may be due to a backlash against the intensely technological culture we live in now. Perhaps people feel a need to reconnect with the simpler, more direct techniques of the handmade.” 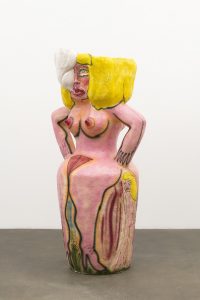 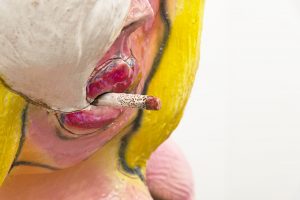