Off the 405: Line Up for Free Summer Concert Series Announced 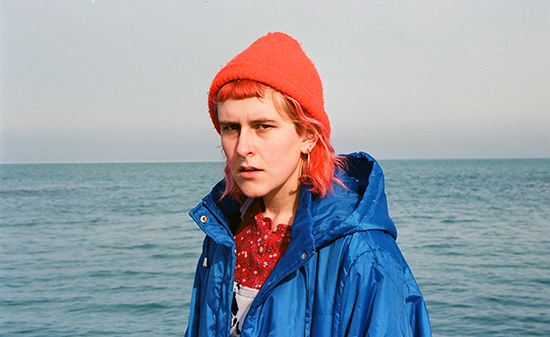 Off the 405 returns this summer with six concerts featuring a bold selection of the best in new independent music. Consisting of local and global, emerging and established bands, the series embarks on an ambitious season by introducing new talent to Los Angeles audiences, tapping into galvanizing local scenes, and asserting the Getty as a prime destination for catching notable touring acts.

From fresh takes on synthy post-punk or theatrical telenovela-inspired Latin pop to 90’s-influenced R&B blended with ambient music, these singular artists each claim various genres and deftly reinvent them. They share a dynamic that collides powerful, expansive, and otherworldly sonic energies with intricate, intimate, and heartfelt gestures. Chosen for live performances that will thrive the sunset-drenched architecture of the Getty courtyard, whether heard from the front row or on a picnic blanket in the garden, these concerts promise to be as artistically adventurous as they are unabashedly enjoyable.

Before and after the live sets, special guests culled from the band’s creative networks will DJ music to set the mood. Access the collection galleries, special exhibitions, and roam the Central Garden throughout the night. Cash bars pop up in the courtyard featuring local beer, agua fresca cocktails, and a special menu of snacks. Off the 405 is free and open to all ages.

The 2019 season kicks off May 18, with Los Angeles-based polymath Sasami, who first made her name as the synth player for indie garage-rock trio Cherry Glazerr, and by contributing vocals and arrangements to albums by artists like Vagabon, Wild Nothing, and Hand Habits. Her debut solo album, SASAMI, blends synthesizer decay and guitar reverb into a set of irreverent, playful, and joyful songs. Relaxed, introspective, silly, and sincere, Sasami’s songs filter emotional complexity through both expansive and delicate moments.

L’Rain is the sprawling sparkling pop project of Brooklyn‘s Taja Cheek. Making her Los Angeles debut on June 22, the songwriter, multi-instrumentalist, and singer borrows equally from 90’s R&B, musique concrète, and ambient soundscapes. Her first album, released in 2017, grew out of loose recordings patched together to form a tapestry of musical moments often intermixed with sound collages, evoking the expansive otherworldliness of Sigur Rós or Grouper. Her supremely creative approach to music-making aligns with a rising group of musicians like Kelsey Lu and Sudan Archives, who connect classical, R&B, and experimental influences.

Hailing from rural West Wales, singer-songwriter Cate Le Bon takes the stage on July 6, singing playful folk songs tinged with a dark fragility, all delivered in her beautifully haunting voice. Across her output, Le Bon manages to create an enchanting sophistication and a singular sense of structure that is rarely seen in contemporary pop music. Her artistry extends to the entire experience of her work—from the album artwork, high-concept videos, to the live performance itself, all while retaining an understated and effortless authenticity. Having taken a hiatus after 2016’s acclaimed Crab Day, Le Bon returns with the just-announced new album Reward. The result is a collection of new music every bit as stylistically varied, artfully constructed and tactile as those in her back catalogue, but also intensely introspective and profound—her most personal to date.

July 27 brings Lala Lala, the band led by British-born singer-songwriter Lillie West. West moved to Los Angeles as a teen and later enrolled in the School of Art Institute of Chicago, gaining inspiration from the DIY music communities of both cities. The band’s perfectly simple indie rock blends post-punk with dream pop influences and incorporates vibrant synths and churning guitars that strike a balance between light and dark. These dynamic and intimate songs become a framework for West to explore inner complexities with a startling honesty that is both raw and angsty, as well as empowering and relatable. Lala Lala lands at the Getty after hitting the road with Conor Oberst and Phoebe Bridgers, opening for their acclaimed collaborative project Better Oblivion Community Center, as well as dates with indie-titans Death Cab for Cutie.

On August 24, San Cha, a singer-songwriter known for her explosive, visceral and emotional live performances, brings a unique theatrical experience to Off the 405. With a background in DIY and club scenes, San Cha filters a unique edge through her renditions of traditional Mexican rancheras delivered with a powerful stage presence and fabulously exaggerated aesthetics. Recently, she debuted a two-act multi-media performance inspired by the melodramatic telenovelas she devoured as a child. With a romance, a wedding, and a betrayal, this theatrical concert will be re-envisioned for the Getty courtyard stage, and double as a celebration of San Cha’s forthcoming album of new music. Special guests and DJs will start the party for what will be an over-the-top and unforgettable performance.

On September 14, powerhouse rockers Ex Hex close out the season. When Ex Hex exploded onto the scene with their unfettered brand of rock and riffage, the power trio for a new era had finally arrived. Near-constant touring throughout 2015 and 2016 established the band as a force to be reckoned with: an audacious three-piece distilling rock music to its essence with formidable skills and a reputation for frenzied and unabashedly fun live shows. Their music is a powerful new take on the ebullient and nostalgic sounds of 80s big-hair, glitter-covered hard rock, reclaimed for today’s generation.