Christina Quarles: ‘But I Woke Jus’ Tha Same’
Moving From the Representational to the Gestural 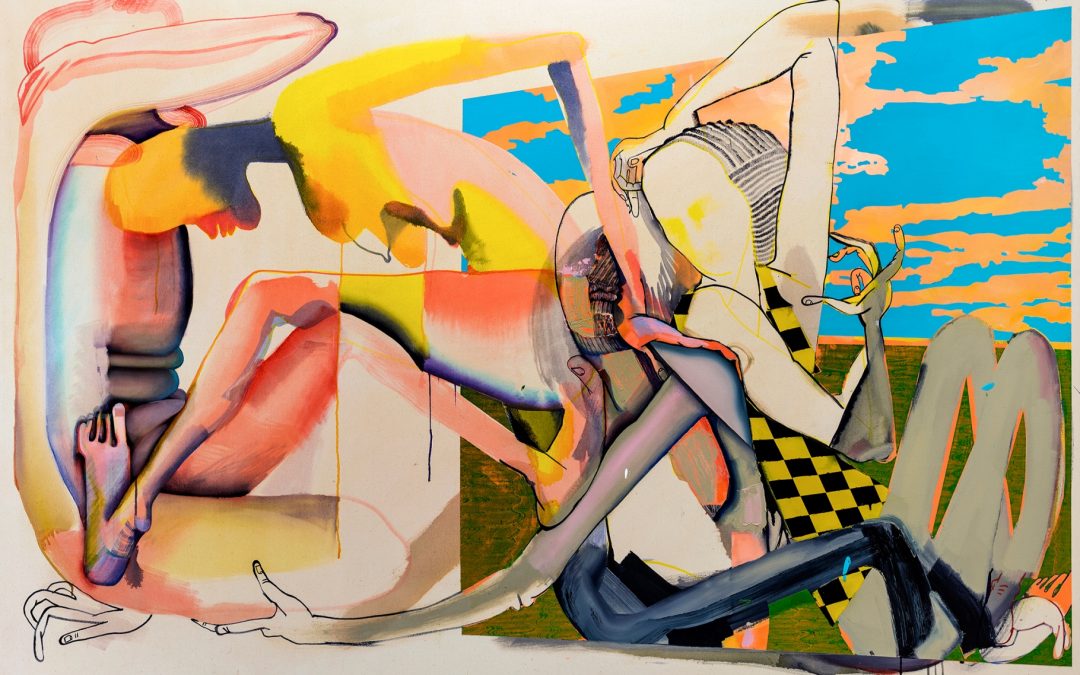 But I Woke Jus’ Tha Same

In her first solo exhibition at Regen Projects, Christina Quarles creates a melange of paintings and drawings in which figures and styles meld. The works are purposely ambiguous. In her paintings, contour lines and shaded areas of color define light and dark-skinned figures that intermingle with each other as well as with various architectural elements. In But I Woke Jus’ Tha Same, she engages with the architecture of the gallery — specifically by painting selected walls a light pinkish-purple tone, and by cutting one of them with a large rectangular window that bisects the center of the space. 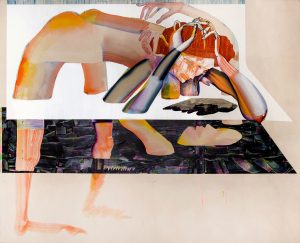 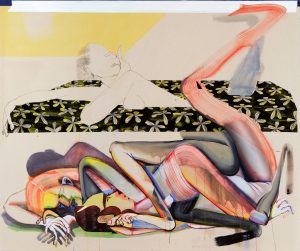 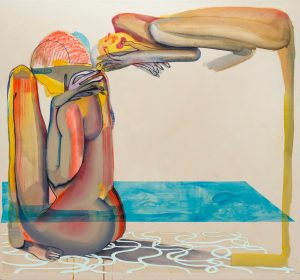 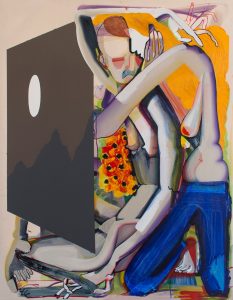 In the similarly sized painting Laid Down Beside Yew, three incomplete figures— whose bodies combine realistically painted faces with abstracted shapes, gestural brush-strokes and line drawing— stretch-out across and through a plaid blanket that overlays a horizontal patch of green. The scene could be interpreted as a tryst on the grass. Quarles’ contorted bodies and body parts undulate above and below the realistically painted red, blue, green, and yellow plaid blanket that is centered across the composition. 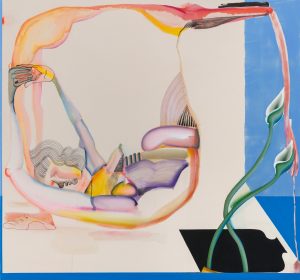 Slipped, Right to tha Side

Each figure is comprised of a collage of styles moving from the representational to the gestural. Quarles is adept at seamlessly mixing painting styles and techniques to give her figures amorphous and surreal auras. The eye easily moves between the different areas and surfaces of the paintings trying to connect the disparate fragments. The works are sensual, suggestive and evocative, while simultaneously mysterious and inconclusive. 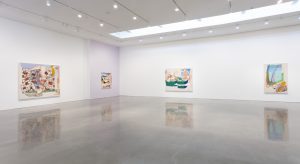 In addition to her large-scale paintings, also on view are a series of quirky black-and-white ink drawings, many incorporating song lyrics. Yew Will Come Around includes a “slangified” version of the chorus from Neil Young‘s 1970 song Don’t Let it Bring You Down. In Quarles’ drawing, a female figure and an anthropomorphized plant stand in a body of water, her long hair flowing down her back and her geometrically-shaped torso becoming the box containing the lyrics. Like in Quarles’ paintings, the rendering is both abstract and representational. Each drawing contains an elongated or contorted figure, couple or group, juxtaposed with a snippet of text that is often interwoven into the composition. These works on paper feel like simplified versions of the paintings where the viewer is given more access to the scenario or action. Though still obtuse, they offer insight into how Quarles constructs and layers interactions between bodies, shapes and space. 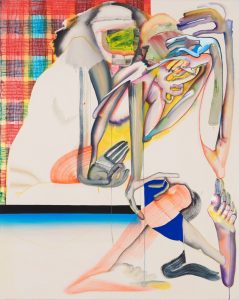