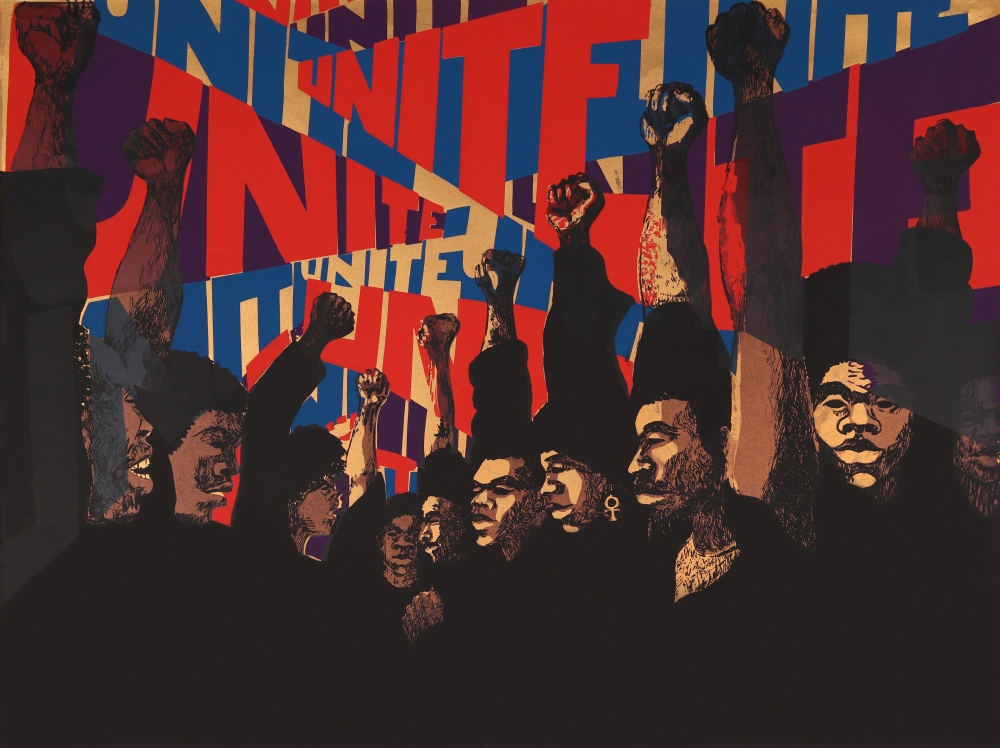 The Broad will open Soul of a Nation: Art in the Age of Black Power 1963-1983, the internationally acclaimed exhibition that celebrates the work of more than 60 Black artists made over two revolutionary decades in American history, beginning in 1963 at the height of the civil rights movement.

Soul of a Nation examines the influences, from the civil rights and Black Power movements to Minimalism and developments in abstraction, on artists such as Romare Bearden, Barkley Hendricks, Noah Purifoy, Martin Puryear, Faith Ringgold, Betye Saar, Alma Thomas, Charles White and William T. Williams. Featuring the work of more than 60 artists and including vibrant paintings, powerful sculptures, street photography, murals and more, this landmark exhibition is a rare opportunity to see era-defining artworks that changed the face of art in America.

Los Angeles-based artists appear throughout Soul of a Nation, and more deeply in three specific galleries, foregrounding the significant role of Los Angeles in the art and history of the civil rights movement and the subsequent activist era, and the critical influence and sustained originality of the city’s artists, many of whom have lacked wider recognition.

The work of pioneering Los Angeles artist Betye Saar is explored in a gallery that recreates a portion of the artist’s first survey exhibition in 1973 at California State University, Los Angeles. Another gallery examines the unique approaches to the graphic image by Charles White, David Hammons and Timothy Washington, focusing on the Los Angeles County Museum of Art’s 1971 exhibition Three Graphic Artists that featured these artists, and which came out of the activist efforts of the Black Arts Council, an organization founded in 1968 by Cecil Fergerson and Claude Book, who were Black art preparators who worked at LACMA, to advocate for African American artists and to support their community. The Broad’s presentation includes additional works by Hammons and White, on view for the first time in this touring exhibition, including Hammons’ Spade (Power for the Spade), 1969 and The Door (Admissions Office), 1969, and White’s J’Accuse! No. 5, 1966.

The aftermath of the Watts Rebellion and its impact on the assemblage movement is explored in a gallery featuring the work of Melvin Edwards, Daniel LaRue Johnson, John Outterbridge, Purifoy, John T. Riddle and Saar. The Broad has expanded the gallery to include three additional works by Riddle and Johnson, adding depth to the display. Two of the pieces are Johnson’s early assemblage works, Dolless Hour, 1962 and The Big N, 1963, which emphasize the artist’s contributions during his formative years in Los Angeles.

In honor of the Soul of a Nation exhibition, legendary producer, musician and composer Quincy Jones curated an exclusive playlist on Apple Music. Songs like James Brown’s “Say It Loud – I’m Black and I’m Proud” and Gil Scott-Heron’s “The Revolution Will Not Be Televised” were a driving component of the Black liberation movement of the ’60s and ’70s, and this collection—intended to accompany a walk through the exhibition—highlights the music that gave voice to the passion, anger and hope behind the push for a new America. Added Jones, “I hope you enjoy these incredibly rich and beautiful creations by some of the artists who paved the way.”

The Broad is offering free admission to Soul of a Nation every Thursday from 5-8 p.m. (last entry at 7 p.m.) during the exhibition’s run. Families attending The Broad’s Family Weekend Workshops in May and June will receive complimentary access to Soul of a Nation and participate in artmaking workshops inspired by the works on view in the exhibition. From March through July, the museum will host thousands of school groups in grades 6-12 for free through its Art+Story and Art+Rhyme programs, which help children explore art through creative writing and poetry.