Ed Moses: ‘Through the Looking Glass’
Engaging with Gesture and Transparency 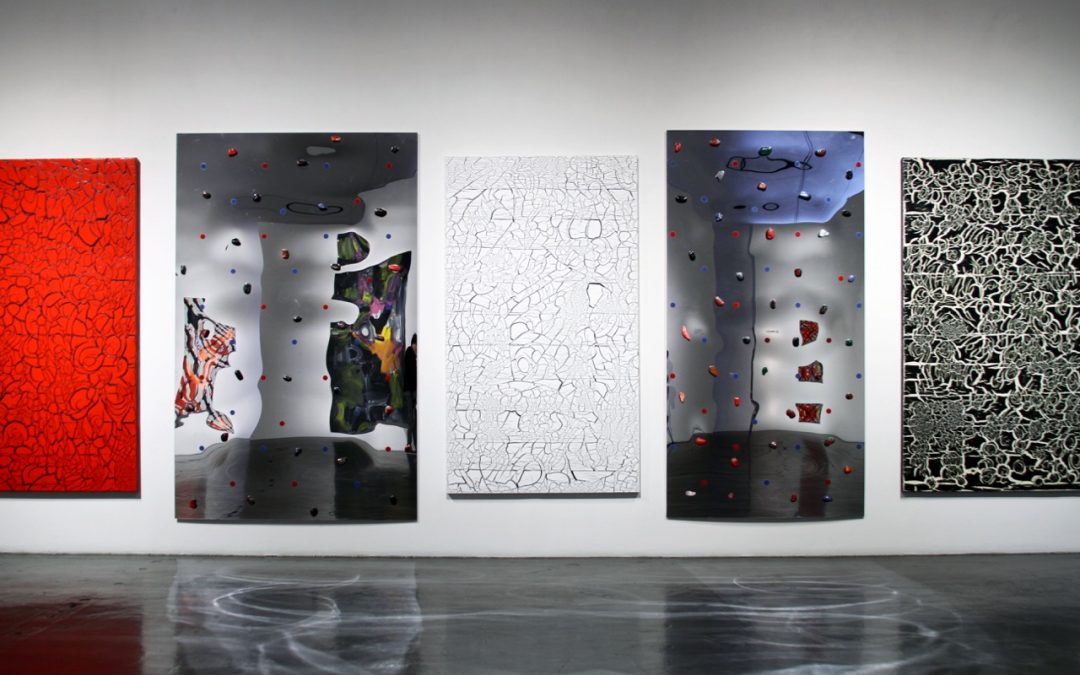 Through the Looking Glass

Throughout his long and impressively productive career, Ed Moses (1926-2018) explored the myriad possibilities within abstraction. He was decidedly curious to experiment with different methods and applications of applying paint to canvas and discover what would happen. He was graced with numerous gallery shows and museum retrospectives (MOCA1996 and LACMA 2015) and most recently a handsome exhibition at Bergamot Station to commemorate his 90th birthday. 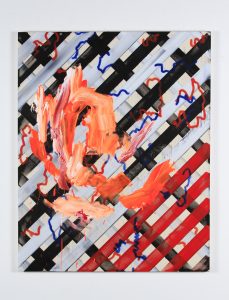 Through the Looking Glass presents a selection of paintings created during the last few years of his life. Like Alice’s Adventures in Wonderland, the works reflect Moses’ adventurous attitude toward process — that making art is, as he states, “a portal into the unknown, through which one is transported to magical realms.” 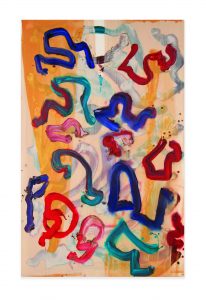 The large paintings engage with gesture and transparency. They play with layering, as Moses would build up his surface with swirls and swiggles, as well as straight lines that he inscribed along a diagonal axis, overlapping to create grids. Moses also splattered paint and conjured amazing crackled surfaces. He was brazen with his colors yet often used black and white to draw viewers into his painted labyrinths. 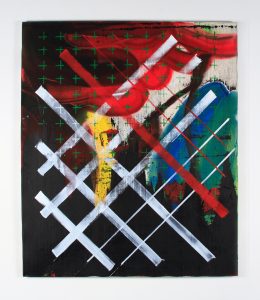 There was a push-pull between line and shape to create ambiguous illusions of depth. Swiz, 2016, is a large canvas whose surface is a melange of short thick brush strokes that create rhythms of undulating tones of black, white and gray, complemented by areas of pink and yellow, as if Moses were trying to cover up the painting’s internal glow. 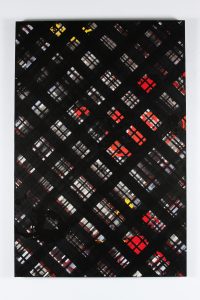 Red Over Black, Black Over White, and White Over Black (all 2013), are installed as a triptych separated by two of Moses’ mirror paintings. Here, the irregularity of the craquelure surfaces (created by covering the canvas with thick paint then hitting the mixture when it dries), are juxtaposed with slick reflective panels speckled with painted dots and rocks from Moses’ garden. The craquelure works draw viewers in to inspect each nook and cranny, whereas the mirrored pieces reflect the other walls and paintings in the gallery. 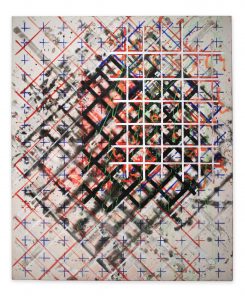 Many of Moses’ paintings depict diagonal criss-crossing lines of varying thicknesses that take their inspiration from Navajo blankets. In #3 (2017), Moses weaves together black, gray and red stripes interspersed with thinner, curlicue worm-shaped red and blue lines that are then overlaid with a frosting of translucent orange gestures. Buble Grip #2 (2017), is also topped with a dollop of thick paint that partially obliterates the pattern. Below the edges of this gestural layer are the remains of his structural grid. 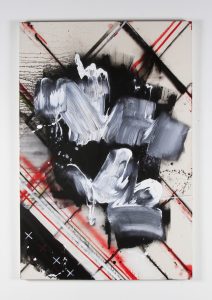 One of Moses’ modus operandi was to create a structure — often lines across the diagonal of the painting— that was then disrupted by something less rigid, be it swirling lines, painted drips, dots or a pattern of cross hairs. These juxtapositions create tensions within the work and ultimately a dialogue about abstraction and the different processes and methodologies an artist can explore to create non-objective works that engage viewers on formal levels. 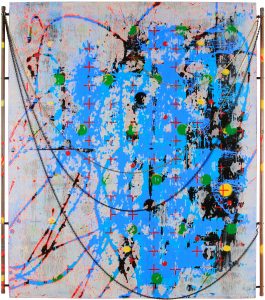 Though Through the Looking Glass showcases a small sampling of Moses’ expansive output, it speaks to the breadth of his experimentation and confirms his place as one of the foremost Los Angeles painters of his generation. 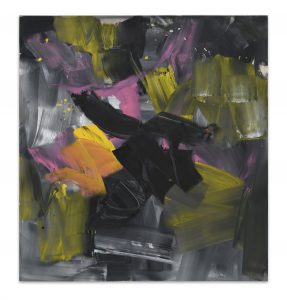