Takashi Murakami to be the Focus of the Gallery’s Annual Oscar Show, Opening Feb. 21 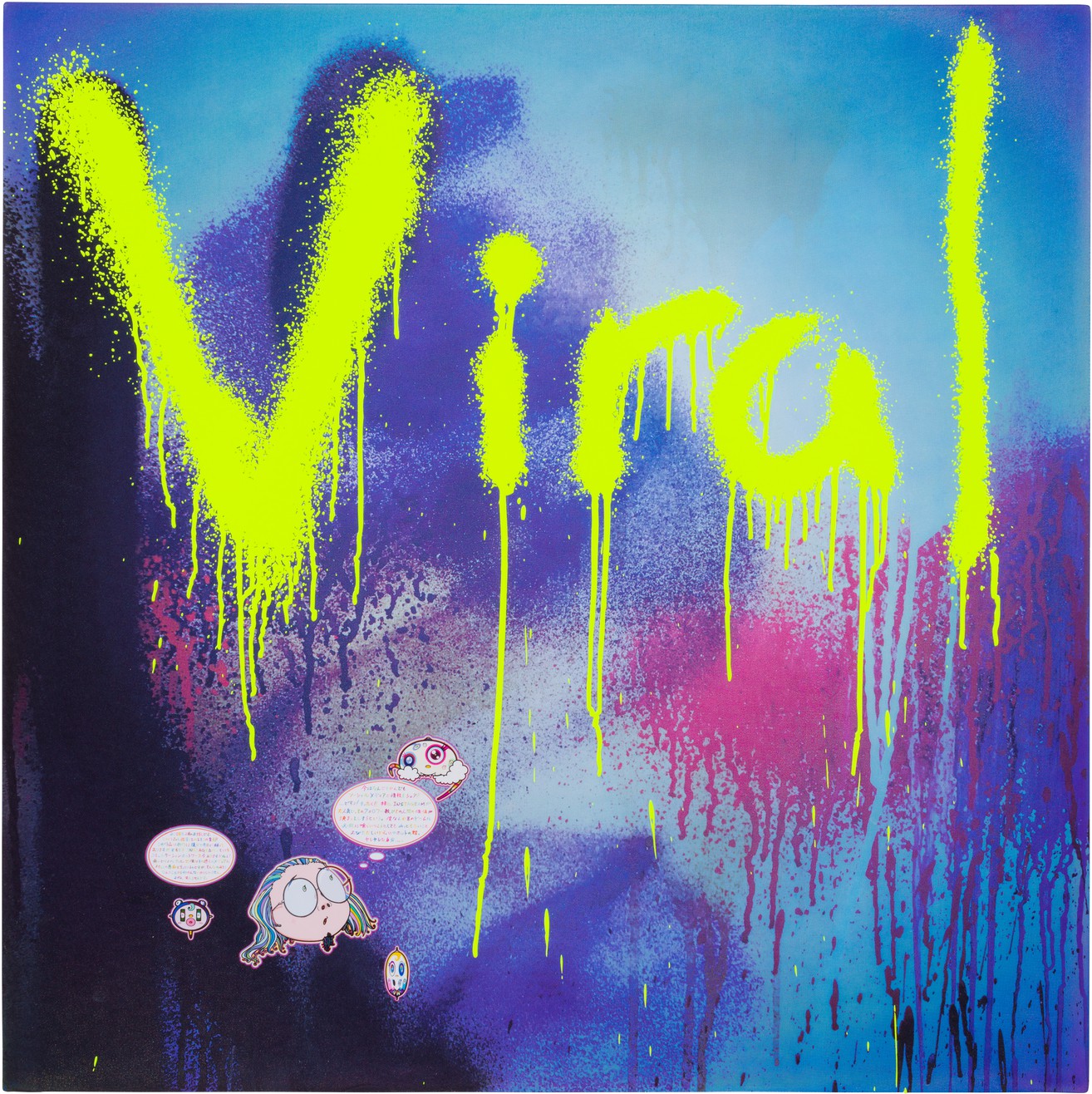 Gagosian to present GYATEI², new works by Takashi Murakami, as the 2019 “Oscars show,” a much-anticipated annual fixture on the Los Angeles cultural calendar.

Drawing from traditional Japanese painting, sci-fi, anime, and pop culture, Murakami’s oeuvre comprises paintings, sculptures, films, and a stream of commercial products populated by mutating characters of his own creation. His iconoclastic individualism continues the nonconformist legacy of the Edo Eccentrics, a group of eighteenth-century Japanese artists who constructed a powerfully imaginative world filled with bizarre and emotive imagery.

The exhibition title comes from the Buddhist Hannya Shingyo (Heart Sutra), a popular sutra in Mahayana Buddhism. The incantation is often chanted by Zen groups before or after a meditation. At the conclusion of the sutra, the Avalokiteshvara, a popular and recognizable bodhisattva, turns and recites a mysterious mantra to one of the disciples. The mantra is often roughly translated as “gone, gone, gone beyond, gone completely beyond, enlightenment, svāhā.” This articulation has been diversely interpreted as a call to “go” attain enlightenment, as the cry of a baby reborn into an eternal true world, and as a curse.

GYATEI² reveals myriad variations of interconnected imagery, each permutation and combination generating new meaning. Murakami’s first character, Mr. DOB—a whimsical, sharp-toothed Mickey Mouse–like character—reappears in different forms, as does the ubiquitous rainbow flower. Elsewhere, images of doorways, graffiti of the word “viral,” and a self-portrait of the artist and his dog are overlaid onto dense graphic patterns. A Statue of Flower Parent and Child (2019), cast in bronze and covered in gold leaf, stands sixteen feet tall and shows an enormous flower character with its flower offspring. Similarly, the rabbitlike Kaikai and three-eyed, smiling Kiki (both 2019) are rendered in cast bronze covered in platinum leaf, the cute yet imposing characters illustrating Murakami’s interest in paradox, as kikikaikai describes something that is dangerous yet appealing.The seventeen-panel Qinghua (2019) reinterprets a motif originally painted on a vase from the Chinese Yuan Dynasty (c. 1206–1368), whose imagery mingled in Murakami’s memory with childhood trips to the riverside with his father, where fishers would haul enormous carp. At almost eight feet high and fifty-eight feet wide, the image proceeds panel by panel, like an enormous storyboard, or a vase that has been unrolled like a long scroll along the gallery’s walls.