Keith Collins
The Heart of an Artist 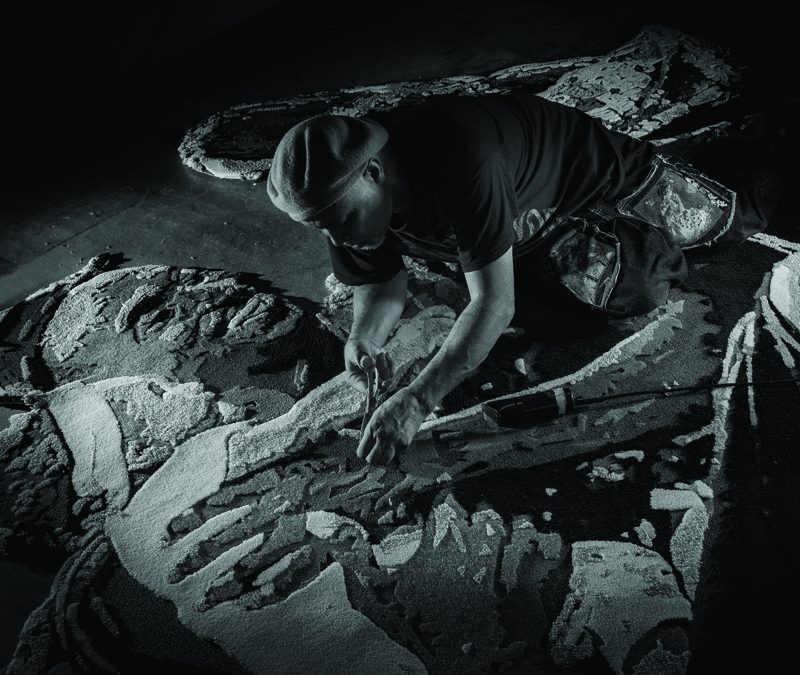 Los Angeles-born and raised, 64-year old Keith Collins, a visual artist specializing in large-scale fine art tapestries, oil paintings and industrial assemblage – whose work often explores the automotive realm, portraiture, music, sports and abstract genres and has been commissioned regionally, nationally and internationally – plumbs his own psychological depths only to discover what makes him love work and life.

What historical art figure would you like to have lunch with and why?

Jean-Michel Basquiat and Van Gogh. Basquiat because of the pure rawness of his work, the pure creativity, the no guidelines, no restrictions, and I just would like to listen to him talk about his work and his mind-set. [With] Van Gogh I would like to understand what he was thinking in the period of time he existed in, what his thought pattern was. They both have a degree of texture in their work and I really enjoy texture. That’s a common denominator in my work, and no pun intended – it’s a common thread in my work. I probably would do a lot of listening versus talking, because I’d just like to listen to them and let them kind of reveal to me, if they’re willing to, what their thought process is – if it’s a current conversation, but in reality what it was. 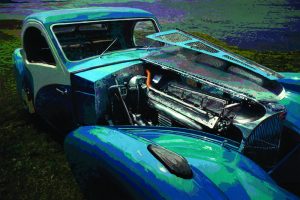 What did you purchase with the proceeds from your first sale?

What words or phrases do you overuse?

I use ‘way out’ a lot and ‘really way out.’ ‘Incredible,’ that’s kind of common with me, and ‘you got it,’ which is [for me] being excited, because I’m very excited. 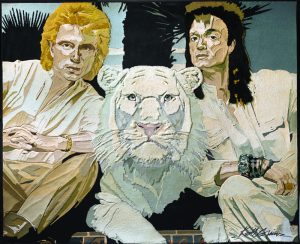 How do you know when a work is finished?

When I can’t find any flaws in it. That’s how I feel. When it’s not finished, I find all kinds of flaws. If I can find a flaw then it’s not finished. It’s a bold thing; it’s not subtle, and I’m not very subtle. I could tell you about all kinds of bold presentations over a 47-year period of being a full-time creative on a professional level. Bold is the main presentation, the main ingredient for me.

When and where were you happiest?

I think ‘when’ would probably be around my early 20’s, when I realized that I was an artist and that gift came from God. That may be the happiest time – that I was given a gift that I had nothing to do with. God gave it to me personally.’ Where’ would have been one of my first studios in L.A., on Pico Boulevard in the heart of L.A. 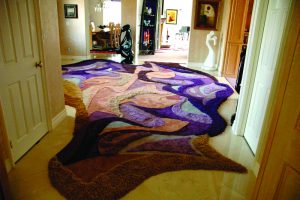 What is your most treasured possession?

My children. They’re not my possessions, but my children are my most treasured gift, my most important treasure. I have five children [aged] 28 to 41, and three are artists.

What is your ideal escape destination? 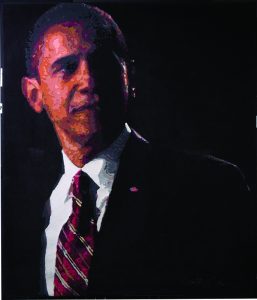 Probably selling programs at the Colosseum. I was a rookie and there were older guys in front of me, but I sold tons of programs at football games. I played a little baseball, but my father wouldn’t let me play football. Once I was older I made my own decision and I didn’t like [the idea] of bigger people hitting me. That wouldn’t work for me. 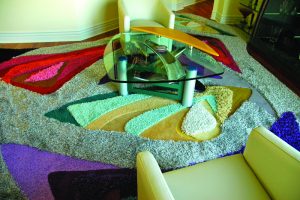 What TV series from your youth best describes your approach to life?

The Twilight Zone. Every episode is different [although] a lot of them are predictable. But most of them are fascinating and quite nurturing for the creative [person].

If you could change one thing about yourself, what would it be? 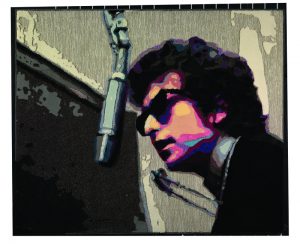 What is your most treasured memory?

It would probably be my mom taking care of me as a youngster – loving me and nurturing me and teaching me and supporting me with my creativity. My mom’s love. My mom saw my first breath and I saw her last. With both my parents – mom [died this past] December 7; my dad [passed] December 27. Everything is different now.

What makes you smile?

When I have an opportunity to look at God’s creation – nature, outside of our city life – the ocean, the sunsets without smog. I smile when I see how awesome His creation is. And I’m reminded that he’s the ultimate creator and just to have a bitty piece of that. A microcosm of that makes me smile. 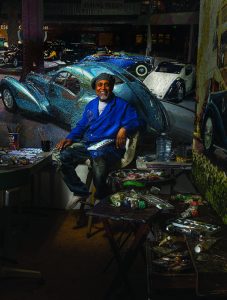 The artist in his studio

What makes you cry?

When the folks I love are hurt and go through pain.

What is your go-to drink when you toast to a sale?

Green tea. I don’t drink alcohol. I did for a short period of time – very short – so it’s green tea. 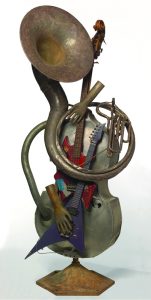 After an all-nighter, what’s your breakfast of champions?

Hash browns – I’m a vegan – and vegan sausage. I’m already wired up, so the only time I drink coffee is if I have a long delivery. I’m just too wired up as a person. I also like fruit and OJ., but I stopped eating eggs. This is where I’m at now, and if you ever get a chance, Google [the documentary] What the Health. Look that up and you’ll be adjusting and modifying. 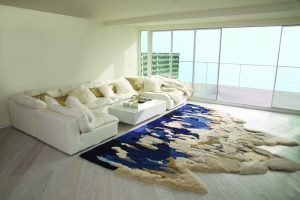 My grandson. He’s two years old and he inspires me. I have two grandchildren and one on the way.

My art – that’s something God gave me, and my mom gave me my heart. 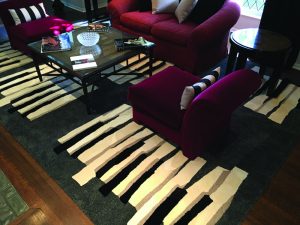 What is your current state of mind?

I’m on a very strong creative plane now – but it’s not flat. I’m very creative now and productive. Ideas are coming, flowing, and I’m also sad by the loss of my parents. It’s a combination of emotions. I understand what has happened and it’s going to happen to all of us, but it’s a whole new experience for me. I’m kind of mixed up in my emotions right now. 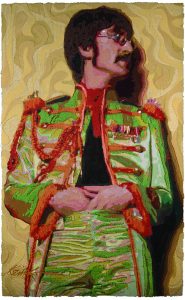 What do you consider your greatest achievement?

If you were to die and come back as a person or thing, what would it be?

That doesn’t happen, but I’ll play along with you on that. How do you answer that if you don’t believe in that, because I don’t believe that. The Bible said ‘once to die,’ that’s what I believe. But, if I could come back as a person, it would be me. 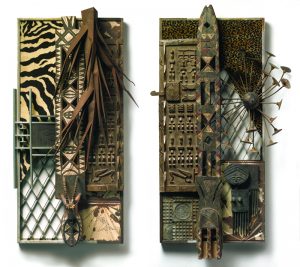 African Modernism One and Two

Keith Collins’ latest exhibition, The Texture of Art is on view at The Loft at Liz’s through March 4, 2019.

All images by Randi Kreeft