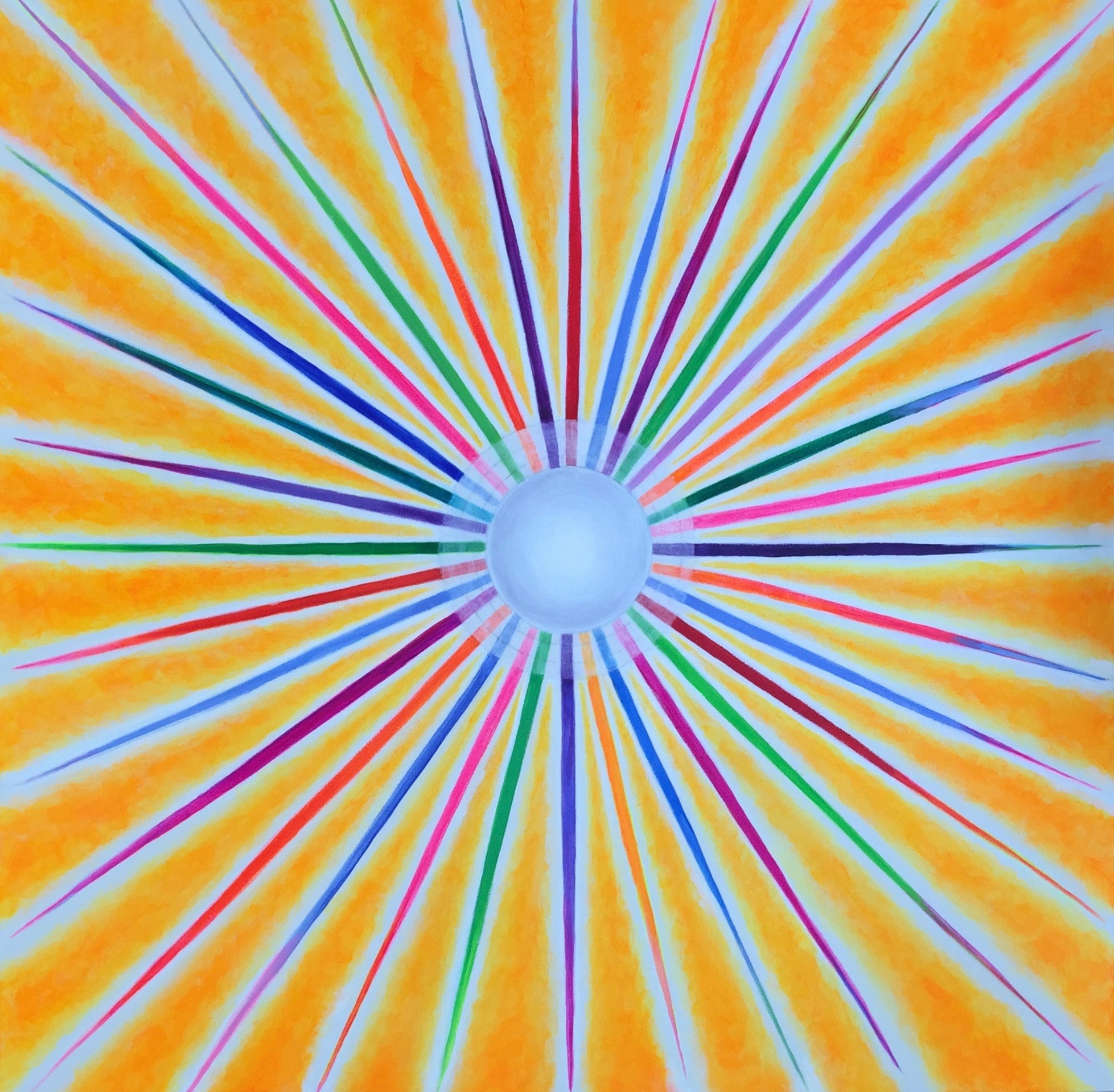 Portals & Mortals, an exhibition of drawings and new paintings by Timothea Stewart will open at West LA College February 16. Curated by Molly Barnes.

“Timothea Stewart’s paintings exude light-filled energy that touches many dimensions in us. She is a remarkable talent,” Arianna Huffington, co-founder, The Huffington Post and founder of Thrive Global.

Stewart’s recent paintings explore forms of energy and vibration. Many people have experienced these paintings as portals that transport the viewer into another time and place. In her upcoming show at West LA College Stewart juxtaposes the paintings of portals to drawings of mortals, who are whimsical beings drawn at an earlier period of Stewart’s life spent in Spain.

These paintings are about vital energy, frequencies and vibration expressed in color, rhythm and spirited form.Stewart, an L.A. native, had disappeared from the art world many years ago. Returning to painting six years ago was a surprise to Stewart. “I thought that chapter was over and here it was back again but without the angst and perfectionist demands. Even though she had a degree in Fine Arts degree from Stanford, painted in Paris for seven years and opened an art gallery in LA in the mid 70’s on La Cienega, her life had taken an unexpected turn. This led her full speed into an inner and outer spiritual journey that took her around the world, travelling with the spiritual teacher, John Roger. “While I thought that I had put my art practice behind me, I now understand that my forty years of journeying were years of impressions that would eventually be transformed into creative expression in my painting.”

Her paintings are about energy and the field it creates. The play of light, color and movement in the columns, spirals and other forms of light energizes and has a healing quality. Like chords of music vibrating sound, rhythms are formed through colors, movement, vibration and light.

The community is invited to a opening reception on SATURDAY, FEBRUARY 16th from 3:00pm – 6:00pm for Stewart’s new show Portals and Mortals, at the Fine Arts Gallery at West Los Angeles College. The college is located at 9000 Overland Avenue – Culver City, CA 90230. The show runs February 16 – March 28; open Mon-Thurs 11-4