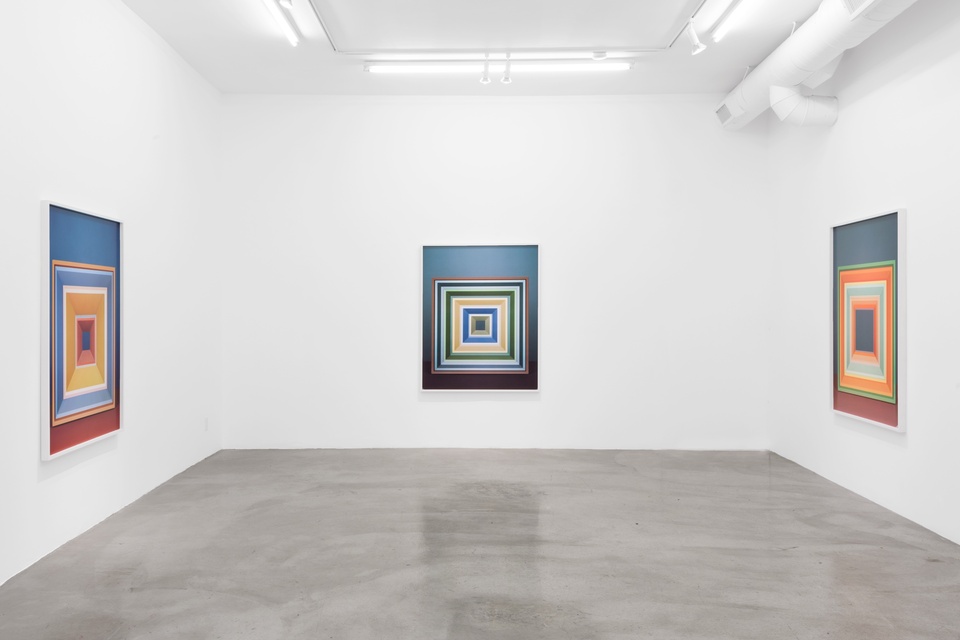 Jessica Eaton is a Canadian artist living in Montreal who carefully constructs complex analogue photographs. At first viewing, it is hard to imagine they are not digitally manipulated. In Interations (II), she presents variations of two set-ups; cfaal (Cubes for Albers and LeWitt) and IOC (Interactions of Color). The easiest way to understand her process is to imagine a set of open-backed cubes painted different tones of gray. In her studio she positions her 4 x 5 camera in front of a backdrop and table, and exposes a single sheet of film multiple times, placing colored gels in front of the lens for each exposure. She moves the cubes in and out of the frame to build a succession of interconnected squares. The result is a magical photograph of concentric, multi-colored squares that appear to recede into a finite space. 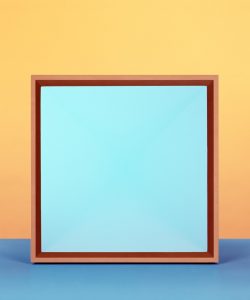 What is fascinating about Eaton’s work is her straightforward use of photography to illustrate the complex properties of light and color. She photographs gray objects infusing them with tonalities and relationships that can only be recorded by a camera. She relies on precise masking and mathematical formulas based on additive color theory to determine the sequence of gels and times of exposure. It is a bit like calculated alchemy. 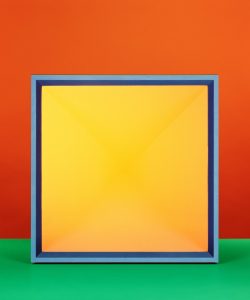 Eaton’s work is process-based as well as algorithmic. It is also generative as each iteration determines the next step, however the final image is static and analog as opposed to dynamic and digital. Nothing is arbitrary or left to chance. The printed photographs call to mind the paintings of Josef Albers in which he layered squares of varying colors and sizes to explore complex color relationships, as well as the early paintings of Frank Stella. They have the dizzying effect of Op Art. Eaton’s photographs are also informed by minimalism, specifically the systemic works ofSol LeWitt that investigated the myriad permutations of the cube. 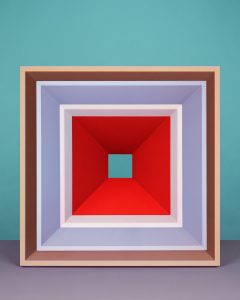 Each iteration of cfaal has a unique color sequence. Upon careful examination, it becomes evident that the center square matches the background and the in-between colors are tonal variations creating an intriguing gradient. In cfaal 2213, (all works 2018) for example, the hues transition from deep blues to muted rusts and golds. The edges of the cubes are lighter than their insides, creating lines that recede in perspective. The works oscillate, collapsing and expanding depth. Commanding attention, the works ask to be deconstructed, but it is impossible to track the numerous exposures that comprised their making. 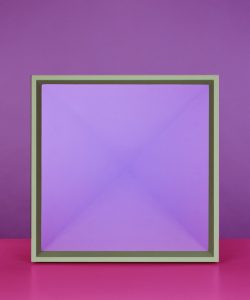 Where in the cfaal series Eaton pictures receding squares; in her IOC prints there appear to be fewer exposures as the center of the cube is a large solid color. However, that is not the case. It is possible to see the edges and the vanishing point of the concentric squares despite the final exposure which encompasses a larger surface area. These images are quite disorienting, yet also gracefully present. 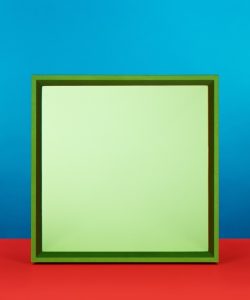 An iteration is defined as “repetition of a mathematical or computational procedure applied to the result of a previous application, typically as a means of obtaining successively closer approximations to the solution of a problem.” In Iterations (II), Eaton has created and solved a complex problem, one with infinite possibilities that continues to surprise with each successive click of the shutter. 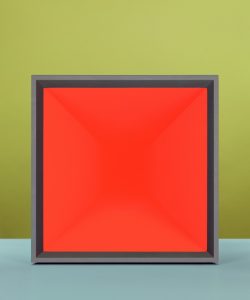 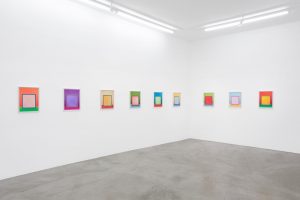 All images courtesy of M+B